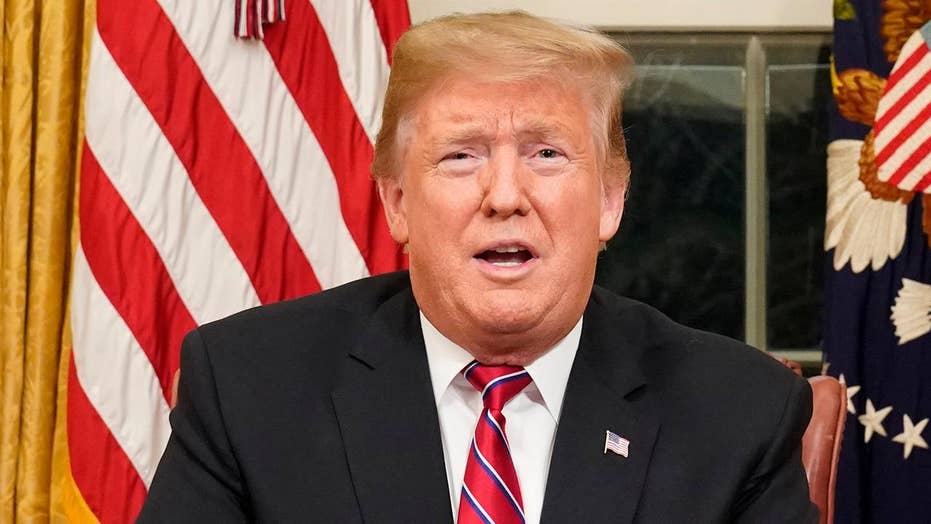 President Trump exposes the media's alliance with the left

The mainstream media bent over backwards to fact-check President Donald Trump’s Oval Office address on border security, yet the same media outlets regularly misstate facts and deliver propaganda to their viewers in pursuit of their liberal agenda.

As President Trump takes a courageous stand to demand true border security in the face of congressional obstruction, the fake news media continue to shamelessly regurgitate Democratic talking points, including the phony claim that supposed “experts” oppose the border wall.

Reports questioning the effectiveness of physical barriers and criticizing President Trump’s immigration policy as a whole have appeared in many of the country’s leading publications, but they invariably rely on the analysis of pundits and think tank policy wonks, rather than the people who do the important job of protecting America’s borders.

DRONE WARRIOR: DEMOCRATS, DRONES ARE NOT THE SOLUTION TO OUR BORDER PROBLEM

Thankfully, the president recently held a news conference with several Border Patrol officials, giving them a chance to tell the public about the critical need for physical barriers at the border.

“I can personally tell you, from the work that I have done on the southwest border, that physical barriers, that walls actually work,” said Brandon Judd, the president of the National Border Patrol Council, following brief remarks from the president.

The American people deserved to hear this riveting testimony, as well as the words of those who followed. But millions of viewers were robbed of this opportunity when one of the networks, MSNBC, cut away from the press briefing right after President Trump’s remarks.

According to CNN, an MSNBC spokesperson said that such decisions "are made on a case by case basis driven by the substance of the briefings and the pace of the day's news." MSNBC, in other words, saw no “substance” in letting the American people hear what the real experts had to say about border security.

Sadly, this form of manipulative reporting isn’t an isolated phenomenon. In June, both CNN and MSNBC cut away from a White House event addressing immigration, interrupting harrowing stories of real victims of illegal immigrant violence in order to cover more humdrum content.

“Just after 3 p.m., as the victims were still telling their stories, CNN anchor Brooke Baldwin interrupted the coverage,” The Washington Examiner reported at the time. “At almost the same time on MSNBC, anchor Chris Jansing broke into the live coverage. ‘Of course their stories are indeed tragic,’ she said, before moving on to a segment that disputed Trump's assertion that there is widespread crime committed by illegal immigrants.”

In advance of the president’s address to the nation from the Oval Office on Tuesday night, the major television networks reportedly agonized over whether to even run the address, citing concerns that the speech could be used to promote “untruths.”

While almost all the networks and cable news outlets ultimately decided to adhere to long-standing precedent and air the Oval Office address, many of them went out of their way to include live fact-checking of the speech based on their baseless assumption that President Trump would not be truthful.

To make matters worse, many journalists – who are in complete denial about the legal and humanitarian crises at the border – accused the president of exaggerating the ongoing catastrophe. MSNBC host Joe Scarborough, for instance, called Americans “stupid” for believing that the crisis exists at all.

"[President Trump] is going to be telling nothing but lies and falsehoods, and he's going to be twisting reality,” he proclaimed prior to the address. “And at this point I’ve got to say, how stupid are Americans who still believe there’s a crisis on the southern border?"

It’s perhaps no surprise that Scarborough is skeptical about the reality of the border crisis. After all, he probably never saw the firsthand accounts of Border Patrol agents that his network blacked out the previous week.

The evidence is clear: The mainstream media don’t want the American people to know the truth about the ongoing tragedy at the border, so they fill the airwaves with misinformation and then accuse President Trump and his supporters of lying when they state the facts that liberal journalists are so desperate to keep under wraps.