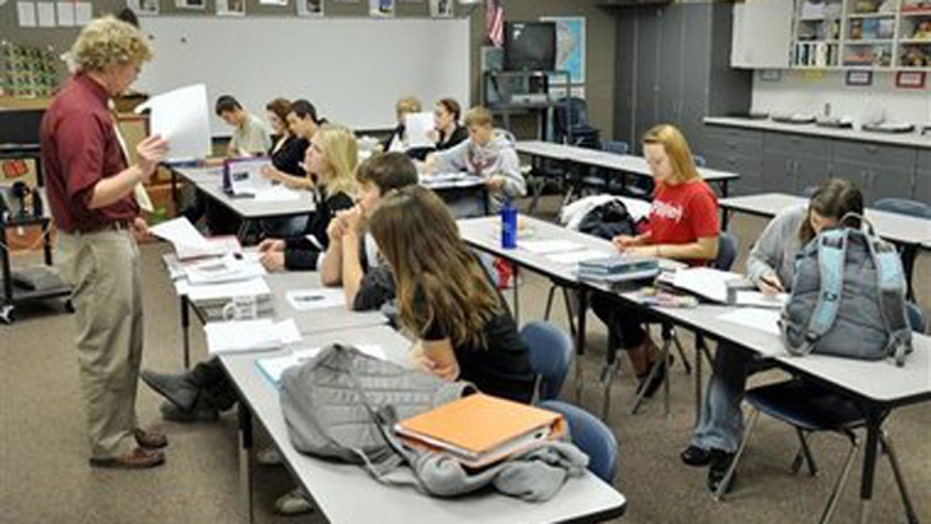 Shortly after I did my first TV special on education, “Stupid in America,” hundreds of union teachers showed up outside my office to yell at me. They were angry because I said union rules were a big reason American kids don’t learn.

The union is a big reason kids don’t like school and learn less. Union contracts limit flexibility, limit promotion of good teachers, waste money and make it hard for principals to fire even terrible teachers.

But I was wrong to imply that the union is the biggest problem. In states with weak unions, K-12 schools stagnate, too.

Education reformers have a name for the resistance: the education “Blob.” The Blob includes the teachers unions, but also janitors and principals unions, school boards, PTA bureaucrats, local politicians and so on.

They hold power because the government’s monopoly on K-12 education eliminates most competition. Kids are assigned to schools, and a bureaucracy decides who goes where and who learns what. Over time, its tentacles expand and strangle attempts to reform. Since they have no fear of losing their jobs to competitors, monopoly bureaucrats can resist innovation for decades.

As one advocate of competition put it, the Blob says: “We don’t do that here. We have to requisition downtown. We got to get four or five people to sign off; the deputy director of curriculum has to say this is OK, etc.” Most reformers just give up.

The Blob insists the schools need more money, but that’s a myth. America tripled spending per student since I was in college without improving student achievement.

In Los Angeles, they spent half a billion dollars to build the most expensive school in America. They planted palm trees, put in a swimming pool and spent thousands of new dollars per student.

The school is beautiful, but how’s the education? Not so good. The school graduates just 56 percent of its students.

Three schools in Oakland that Ben Chavis started aren’t as fancy, but the students do better. They get top test scores. And Chavis doesn’t just take the most promising or richest students, as teachers unions often claim competitive schools do. Chavis’ schools take kids from the poorest neighborhoods.

So what does the education Blob decide to do? Shut his schools down.

School board members don’t like Chavis. I understand why. He’s obnoxious. Arrogant. He probably broke some rules. For example, he’s accused of making a profit running his schools. Horrors! A profit!

If he did profit, I say, so what? He still got top test results with  less government money. Good for him!

But the Blob doesn’t like success that’s outside its monopoly. It doesn’t matter that Chavis has now resigned from the school’s board. Oakland may still close his schools. Think about that. As measured by student achievement, his schools are the best. But the Blob doesn’t care. And the Blob has the power of government behind it.

In New York City, the union teachers protesting outside my office said: “Our rules are good and necessary, and if cities would let us train teachers and run schools, we’d do a great job. ... We have the expertise, intelligence, the experience to do what works for children.”

They said if charter schools must exist, the union should run one, and they “would create a school where all parents would want to send their children.” So New York City gave the United Federation of Teachers a charter school of its own. The union boss called it an “oasis.”

But what happened? Today, the teachers union school is one of New York’s worst. It got a “D” on its city report card. Only a third of its students read at grade level. And the school still lost a million dollars.

Yet it’s the union’s model school! I assume they tried their best, staffed it with some of their best teachers. The union knew we were watching. But with union rules, and the Blob’s bureaucracy, they failed miserably.

I really want to ask them why they hate competition, but they won’t come on my show.