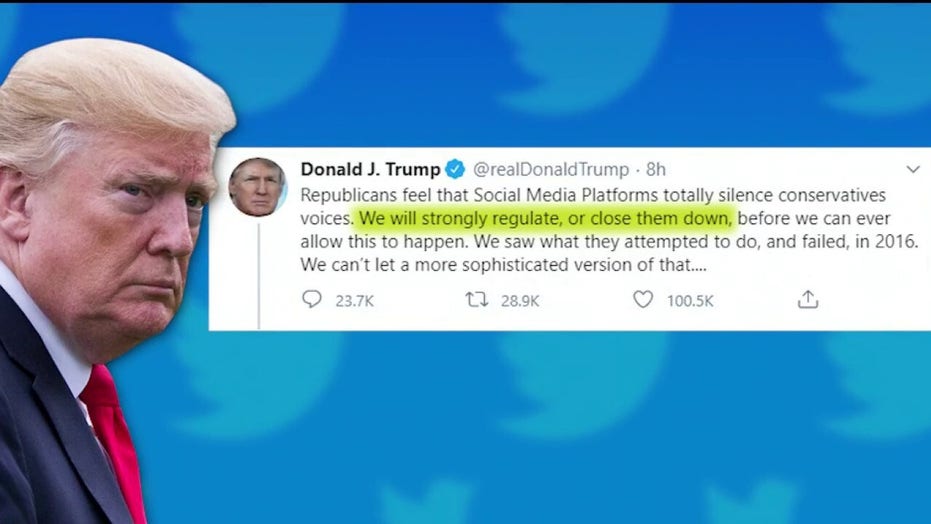 Below the president’s tweets, Twitter added a disclaimer: “Get the facts about mail-in ballots.”  The disclaimer states that “there is no evidence that mail-in ballots are linked to voter fraud,” and links to articles – including pieces published by The Washington Post, CNN and NBC – calling Trump’s claim “unsubstantiated.”

​In 2007, during a spirited debate over photo ID legislation while I was in the Texas Legislature, a Democratic lawmaker from Dallas objected to the bill on the grounds that it allowed voting by mail to proceed without photo identification.

As the official now charged with prosecuting election fraud in Texas, I can say unequivocally that the legislator was right: going back more than a decade and continuing through the present day, around two-thirds of election fraud offenses prosecuted by my office have involved some form of mail-ballot fraud.

These prosecutions include instances of forgery and falsification of ballots.

One man pleaded guilty after forging 1,200 mail-in ballot applications, resulting in 700 suspected fraudulent votes in a 2017 Dallas election. He was identified after a voter, whose ballot he harvested, snapped a photo of him on her cellphone.

“Authentic” signatures are also collected from voters, either under false pretenses or by experienced harvesters who confidently gain compliance from voters, as illustrated in a video that surfaced during the 2018 primary in the Houston area.

The anonymous video appears to show how easily a ballot application and signature were collected from a voter by a campaign worker in less than 20 seconds. After providing her signature, the voter asked the worker: “Is this legal, what you’re doing?” The worker replied: “Yes, ma’am, we’ve done 400 already.”

In South Texas, a former U.S. Postal Service employee was convicted of bribery in a federal prosecution in 2017 for selling a list of absentee voters to vote harvesters for $1,200.

Once mail ballots go out, harvesters show up at a voter’s door and engage the voter to provide “voting assistance.” The variations are endless, but a common practice involves giving the voter the impression that the harvester is an election official.

Whatever the case, successful vote harvesters leave with a voter’s signature and a ballot that is either blank, voted in the way the harvester wants, or that can be modified (or disposed of) later.

TWITTER EXEC IN CHARGE OF EFFORT TO FACT-CHECK TRUMP HAS HISTORY OF ANTI-TRUMP POSTS, CALLED MCCONNELL A 'BAG OF FARTS'

Skilled vote harvesters appear friendly and helpful. They may engage the voter in reassuring political discourse while assisting the voter in filling out the ballot. One fraudster was convicted of unlawfully “assisting” elderly nursing home residents – including an Alzheimer’s patient –complete mail ballots.

Twitter’s head of site integrity, Yoel Roth, has attacked President Trump and his team as ‘ACTUAL NAZIS” and smeared Trump voters as supporting a “racist tangerine.”

These instances are just the tip of the iceberg. Mail ballot fraud has been documented across the country. In fact, the Heritage Foundation has helpfully assembled a searchable database of over 1,000 instances of election fraud resulting in some form of plea, penalty or judicial finding.

Many of those cases involving abuse of absentee ballots. Indeed, one of the most infamous instances of election fraud in recent memory – the 2018 contest for the 9th Congressional District in North Carolina – involved large-scale fraud conducted by ballot harvesters.

President Trump is right to decry California’s or any other state’s plan to send every registered voter in the state a mail ballot ahead of November’s election. The potential for abuse by professional ballot harvesters – much like what happened in North Carolina – is high.

The risk of abuse, which has been documented and explained numerous times, somehow escaped mention in Twitter’s “fact check” of President Trump’s tweets. Perhaps that omission owes less to a lack of “facts” and more to the biases of Twitter’s own fact-checkers.

For example, Twitter’s head of site integrity, Yoel Roth, has attacked President Trump and his team as ‘ACTUAL NAZIS” and smeared Trump voters as supporting a “racist tangerine.”

Whether or not Twitter ultimately decides to acknowledge the real facts about mail-in voting, I will continue investigating and prosecuting all forms of election fraud, including fraud by mail-in ballot.

Moreover, I strongly urge that Twitter reconsider its selective – and apparently ideologically driven – “fact check” of President Trump’s statements about mail balloting in favor of a more objective, fair, accurate and evidence-based approach.

Ken Paxton is the attorney general of Texas.