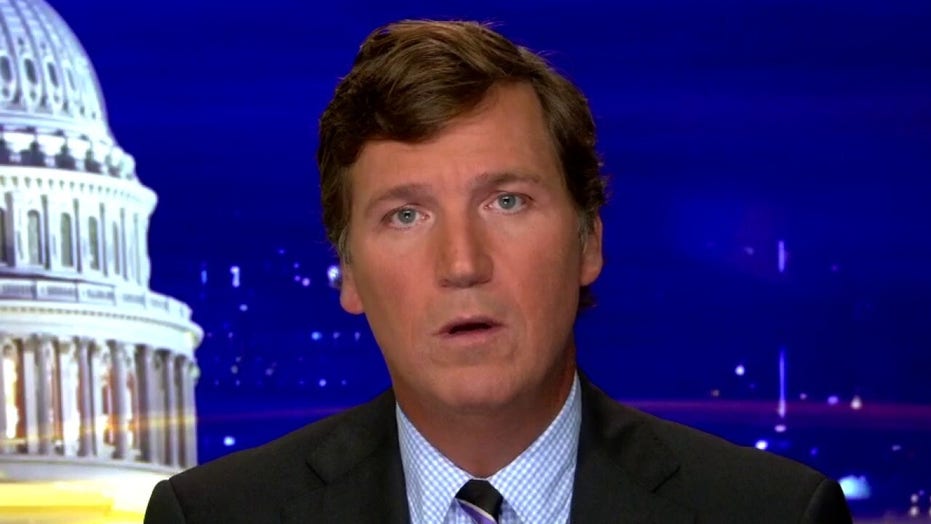 We hope you had a happy Memorial Day weekend. It's possible you have spent, along with millions of others, months trapped indoors per government order because of the coronavirus. So, getting outside makes all the difference -- grilling a hamburger in the fresh air, hitting the park, walking on the beach for a couple of hours.

It's essential. All of us needed it. Nature is medicine. Happy, balanced people understand that intuitively. You can't just sit on a couch all day barking at other people on social media. Your soul will rot if you do that.

CORONAVIRUS LOCKDOWN PROMPTS WOMAN TO ATTEMPT TO PULL OUT OWN TOOTH

And unfortunately, it's too late for a lot of people at CNN, and they haven't even been trapped inside for months. For reasons that no one in authority has ever really explained, cable news yappers have been classified as essential workers from the very first day of lockdown. And by the way, that includes us.

It also includes the partisan political activists on the other channels. They didn't lose their jobs. They have not been quarantined. If anything, they are thriving in the midst of this disaster. They feel more essential than they ever have.

Your suffering has been the best thing to happen to them since impeachment, when they got to spend a full month pretending to know where Ukraine is. So, you can imagine their rage when they saw you outdoors this weekend, enjoying time with your family. The fact that you disobeyed them drove them insane.

Reporter: These were not the images health officials were hoping to see this Memorial Day, party goers ignoring social distancing rules packed this pool in Missouri over the weekend.

Reporter: Beaches, boardwalks, pools packed with many people who are not wearing masks, who are not socially distancing.

Dana Bash, CNN chief political correspondent: Even as health experts warn that if they don't social distance, there will be a spike in coronavirus cases within the next two weeks.

Reporter: But the question about masks. Take a look. There isn't a single person on this beach wearing one.

Reporter: Scenes of crowded vacationers on a boardwalk in Ocean City, Maryland and at Myrtle Beach, South Carolina.

Can you imagine? People enjoying time outdoors with their kids. They should be as unhappy as we are at CNN.

Now, this being CNN, a lot of people didn't actually hear any of that. Most CNN viewers are hustling through airports trying to make a flight. That's where the network traps the bulk of its audience and the sound is often down.

Producers thought of that though, diabolical as they are. So they made sure to reinforce their message with graphics on the screens.

"Memorial Day crowds spark fear of new outbreaks," read another. And then there was this one: "Americans flock to public places as death toll nears 100,000." What exactly does that mean? CNN never explained. You should be terrified. That was the point, so no explanation was necessary.

The partisan political activists didn't lose their jobs. They have not been quarantined. If anything, they are thriving in the midst of this disaster. They feel more essential than they ever have.

Over on MSNBC, the usual collection of retired CIA analysts and assistant professors of gender studies was terrified. They feared that somewhere out there in America, there might still be people who believe in more than shopping and vacations. Horrifying!

It's possible they fretted that people like this, dangerous religious extremists, might somehow find each other and come together to pray. Not pray to Tim Cook or the Google twins in Silicon Valley or even to Barack Obama, but pray to something called God. And that cannot be allowed.

Unidentified male: The virus is not religious, it won't respond to prayer, I'm afraid. It loves congregations.

Nicolle Wallace, MSNBC host: Aggressive reopening in defiance in some instances of public health warnings from his own CDC and his own advisers. And on the other side, Democrats who have seemingly hitched their fortunes to science and data.

Ali Velshi, MSNBC host: Regardless of how that plays with separation of church and state, and even if the president has no authority to issue such a decree, Trump's insistence on a rushed reopening flies in the face of what public health experts continue to advise that this is not a time to become complacent.

There you have it. Jeb Bush's dimwitted spokeswoman is now rebranded as an eminent epidemiologist and she wants you to know -- and she expects you to believe -- that the Democrats put these lockdown orders in place based on "science and data."

Okay, we'll take the challenge. What "science and data" are you talking about exactly? We will wait as you rifle through your papers and abstracts, Dr. Wallace. That could take a while because, in fact, there is still no science or data at all.

CNN and MSNBC are not bringing you science and data. They're peddling panic and reckless moral judgment, and it's having an awful effect on this country.

After two months that these lockdowns have done very much to halt the spread of this virus. Sorry. We wish it were otherwise. You hate to think of all those people suffering for no reason, but it's true. States that locked down early and aggressively are no better off today on average than states that never locked down at all. That's a fact. Those are the data that you're talking about.

And by contrast, there's an awful lot of science and data that going outside is vital to your health and has been for a hundred years. We've known that. Exercising outdoors, getting vitamin D from the sun, this makes you healthier and less vulnerable to coronavirus. The virus also spreads far less easily outdoors than it does indoors.

Again, this is not speculation; it is fact. The largest study of this subject ever done took a look at 318 separate coronavirus infection clusters, places where the virus spread outward to other people. What did it find? It found that at 317 out of 318 clusters -- that's 99.7 percent -- the infection spread indoors, not outdoors. Indoors. And indoors is where Dr. Science and Data on MSNBC claims you must remain.

So no, CNN and MSNBC are not bringing you science and data. They're peddling panic and reckless moral judgment, and it's having an awful effect on this country.

Footage from a Staten Island grocery store showing a woman attacked by other customers for not wearing a mask illustrates the results of the propaganda. You hate to see Americans treating each other like that, but multiply that by an entire country and you get a sense of what the relentless flow of lies has done to people's minds.

And now we have science and data on the subject. A new survey by the Census Bureau found that more than one-third of all Americans now show signs of anxiety, depression, or both. Now, you'd think the most fearful people would be the ones most at risk, and that's people over 80.

But just the opposite turns out to be true. Younger people are more miserable. The younger, the more miserable. In fact, the most miserable group of all is Americans under 30. And that group -- look at the science and data -- face virtually no risk of dying from this virus. None. The people on television have lied to them and it's really wrecking their lives.

Meanwhile, the people on television themselves are just fine. They don't seem afraid.

Andrew Cuomo's brother works at CNN. He had the virus awhile back. He didn't bother to quarantine when he had it. He told you he was, but he didn't. He got in his car and drove to his second home and wandered around with no mask on. Then he went back on television and shouted at you for not wearing a mask.

In Michigan, over this past weekend, Governor Gretchen Whitmer's husband decided to violate his own wife's orders by traveling across the state to use his boat. Hey, it's Memorial Day. When the marina told him they could not put the boat in the water, Gretchen Whitmer's husband let them know that his wife was the governor. "Don't you know who I am?"

He got caught, of course. People really resent that kind of behavior from their leaders, and they should. And when confronted, at first Gretchen Whitmer -- Governor Whitmer -- tried to claim it never happened. She dismissed the whole thing as an internet hoax. But it wasn't a joke. She was lying.

Now, she is saying it was all some kind of joke. Yes, pretty funny. 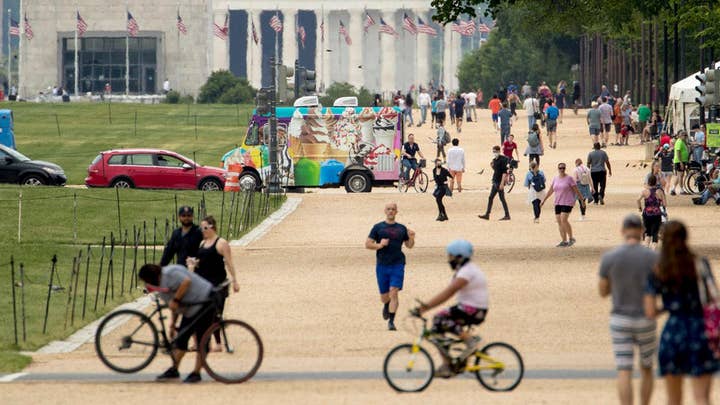 But if you really want to know what the people on television think of you and think of their own prescriptions for you -- and if you want to know whether all the huffing and puffing and the moralizing, the judging you is real, watch this clip. It's from MSNBC and it says it all.

Cal Perry, MSNBC reporter: I haven't met anybody who is. I think people felt like the Supreme Court made the decision here in Wisconsin that it was time to open up.

But you can see here, just around, nobody is wearing them. Nobody is --

Unidentified male: Including the cameraman.

Perry: There you go, including the cameraman. Yes.

Unidentified male: Half your crew is not wearing them.

They are frauds. Remember that the next time they tell you you're immoral.