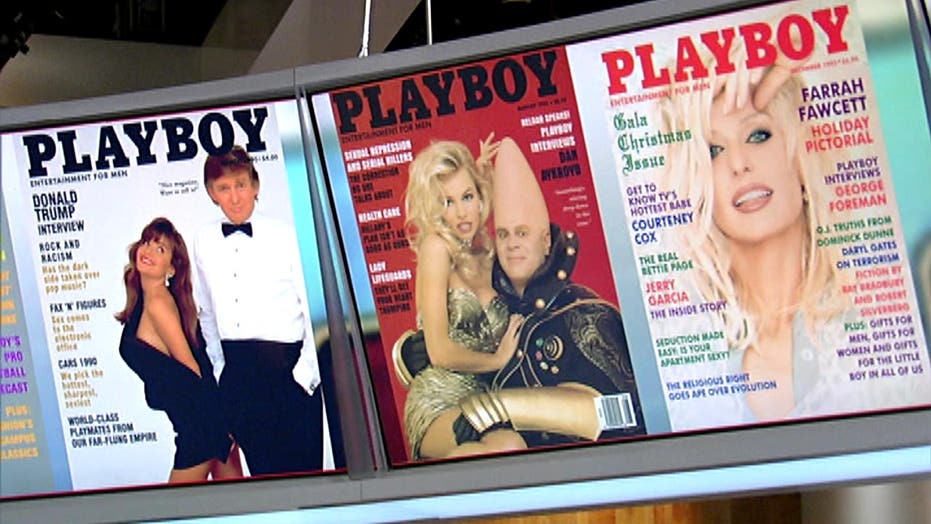 Move already paying off for the company?

Have you seen the revelation from former NFL star Terry Crews about his “dirty little secret” – his longtime addiction to pornography?

In a video that’s now gone viral, the star of the television show Brooklyn Nine-Nine acknowledged the addiction “really, really messed up my life in a lot of ways” and almost cost him his marriage to gospel singer Rebecca King.

Crews said the addiction forced him to seek professional help.

“My wife had to go to therapy too, to deal with a lot of the psychological problems that come from it,” he said.

The 47-year-old father of four now wants to help others face their addiction to pornography, saying “It's become my battle to help other people.”

Mr. Crews’ candid admission and crusade brought to mind a recent story in the news. Perhaps you’ve seen it. February 2016 marked the unveiling (no pun intended) of Playboy’s new “nudity-free” format. If all the hype is to be believed, this historically NSFW publication has been reimagined as a tamer, decidedly safe-for-work magazine and web site.

Don’t believe it. The new redesign is bad news.

In a 2003 interview, Playboy magazine founder Hugh Hefner said, “I'm definitely proudest of the fact that I made some difference in changing social and sexual values of my time in a positive way.”

So what of the new format? The executives at Playboy did not have a crisis of conscience or a spiritual awakening. In fact, they haven’t really toned anything down. The magazine is possibly even more problematic now than it was before. More on that in a minute.

The decision to go nudity-free appears to have been pragmatic and economic. After enjoying a circulation of almost eight million in the 1970s, Playboy’s, “readers” dwindled to around 800,000 in recent years. The marketplace has literally been flooded with free, unrestricted pornography of every kind during that time—nearly driving Playboy out of business, a victim of the sexual revolution it helped create.

The magazine’s CEO, Scott Flanders, basically admitted as much when the company announced the new format last year: “You’re now one click away from every sex act imaginable for free. And so it’s just passé at this juncture,” he said.

It is ironic and startling to consider that the marketplace has now become so flooded with pornography that Playboy—PLAYBOY!—has to cover up its girls in order to stand out.

But is the new magazine really “tamer” than its nudie predecessor? The answer is a resounding NO. For one thing, the photographs of naked women are still there. Their most intimate parts might be obscured by a hand or a tiny bit of clothing, but otherwise, these are the same objectified, sexualized females that the magazine has always featured.

Perhaps most disturbingly, this misleading “no nudity” idea has emboldened Playboy to present its women in an even younger context.  It’s right there on the cover of the debut issue, which features a girl who looks decidedly more naïve and innocent than the supposedly experienced and liberated Playboy Bunnies of yesteryear.

After viewing the cover and other preview images, Louise Burke summed it up perfectly in the UK Telegraph:

“…It evokes a much creepier sense of ‘innocence’: that of a teenage girl – possibly underage – sending sexts. Who to? Us? Her boyfriend? A middle-aged politician perhaps…Twenty-year-old McDaniel has been made to look more girlish than usual with a high camera angle and a toothy pout. A flick through some of the other images from the shoot makes the message clear:  this is a teenager taking sexy selfies in her bedroom.”

The new Playboy wants to present itself as “soft softcore.” But that is a false distinction anyway. As Matthew Scully noted in the Wall Street Journal in 2006, “Playboy Enterprises itself, years ago, dropped the pretense of refinement and delicacy, following the money into hard-core cable. Soft-core, hard-core, these were all along just degrees of exploitation and self-debasement…”

The new Playboy is just another stop on this sad continuum. Hyper-sexualized images of young (and younger) women. A false narrative of sexual freedom and female empowerment, albeit updated for the Instagram and Snapchat generation. When all is said and done, it’s still just pornography. Justice Potter Stewart’s statement is still true: “I know it when I see it.”

The new Playboy is the same as the old Playboy. It’s not “safe for work.” Or for anyone.

Just ask Terry Crews and his wife and four kids.