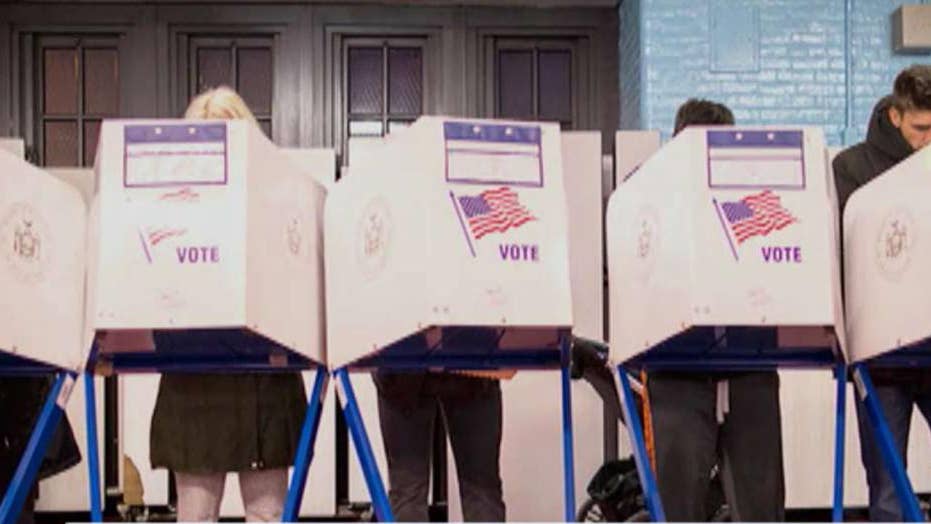 The response by election officials to the recent request for election data from the Presidential Advisory Commission on Election Integrity reminds me of Shakespeare’s Macbeth, who famously declared, “It is a tale told by an idiot, full of sound and fury, signifying nothing.”

The idiot in Shakespeare’s play is life. The fool in the modern-day equivalent is anyone who thinks politicians don’t already have access to the data requested, and much more. I know: We make the collection of election data our business. And what we legally collect on voters – a data set as large as any electoral data volume in the country – far surpasses the commission’s simple request.

Secretaries of State among the many states began publicly objecting to the commission’s request last week. The purveyors of outrage smelled a conspiracy. The Trump administration must have been hatching a sinister plot. Why would they want massive amounts of voter data, if not to manipulate it for political purposes?

But let’s be clear about what they are requesting: data that is widely public in the fifty states, accessed by GOP and Democrat political consultants every day, even those that work for secretaries of state (at least in states where they run for office).

That data – party registration or primary voting history, general election history, home addresses, and dates of birth – is not exactly a state secret. A simple public information request will yield this information and more in most jurisdictions. Thousands of candidates get this information. As do journalists.

A study of the 2008 election by Just Facts estimates there were 5.7 million illegal votes cast. It is just common sense that a commission that aggregates state–level data in one central database will finally uncover how much voter fraud is taking place in America.

Ever wonder why you get more political mail the more you vote in elections? Because candidates and campaigns have access to your voter history. How do they know where to find you? They have purchased your address.

Why did you get an absentee ballot request if you are 65 or older? Because they have your date of birth. Any political mail consultant worth his or her salt has accessed this information for decades.

But modern political data mining is so much more extensive today. We know what magazines you subscribe to, and what it says about your political leanings.

We know if you regularly purchase arugula you are more likely to support ObamaCare than if you stick to iceberg lettuce.

We collect thousands of data points, all for the intent of creating voter models that predict voter behavior.

We do this to determine the best targets for a candidate’s message. It often saves them time and resources when they know the precise targets for their electoral pitch.

Those who object to the commission’s request on the grounds of privacy are engaged in a cunning canard and hoisting their own petard. None of the information requested is private.

I think the real reason for many of the objections is, as Vice-Chair Kris Kobach has stated, “the Commission will be unable to effectively measure the extent of voter fraud in America” if the states refuse to make the information available. For those who harvest fraudulent votes, officials having that information at hand to measure the extent of voter fraud is of concern to them. It should be.

The Obama Administration refused to aggregate state-by-state data at the federal level, making it harder to determine the number of deceased individuals registered to vote, as well those who should not be voting for other reasons, such as felons or aliens.

A study of the 2008 election by Just Facts estimates there were 5.7 million illegal votes cast. Whether you agree with that study or not, it is just common sense that a commission that aggregates state–level data in one central database will finally uncover how much voter fraud is taking place in America.

As Kobach proclaimed, “maintaining the integrity of American elections is essential to the health of our republic. It’s also crucial to giving voters confidence that elections will not be stolen.”

Voters should not be asking whether their public data will be manipulated by a presidential commission – to the extent they are concerned about this, that data is used every day already by candidates and consultants – but why officials do not want to cooperate in cracking down on voter fraud.

Every fraudulent vote cancels out a legal vote of an American citizen. Why wouldn’t we stop this if we could?

The fomenters of outrage are trying to play us for the idiot, directing their sound and fury at the wrong target, for perverse purposes: they do not want to cooperate in rooting out voter fraud all across America.

That’s the purpose of the commission. It’s a worthy one. And we should be asking critics just what they have against targeting voter fraud.

Chris Wilson is a Republican pollster and data analyst who worked for the Ted Cruz presidential campaign, and represents Republican clients in more than 44 states.