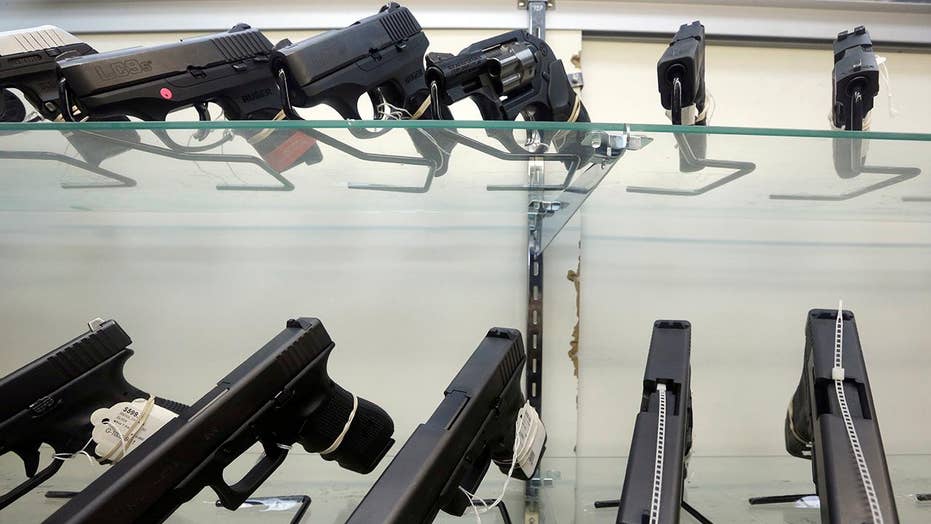 The debate hits close to home with members of both parties nearly killed six years apart; Mike Emanuel has the story for 'Special Report.'

As the nation continues to reel from the nation’s worst mass shooting in modern history, politicians and other opportunists find the massacre too inviting not to exploit. The knee-jerk cravenness of liberals to scrape up their calls for gun-control while demonizing the National Rifle Association (NRA) immediately sucks all the air out of the room, eliminating any discussion or investigation of other foundational forces driving mass violence.

At about 7:03 a.m. EDT, as the East Coast was waking up to the horrific news of the shooting in Las Vegas, Hillary Clinton was ready at the smartphone. With little information and even less decency, she reduced the unfolding human catastrophe to a political opportunity: “The crowd fled at the sound of gunshots. Imagine the deaths if the shooter had a silencer, which the NRA wants to make easier to get.”

Continuing the missives to her 18.7 million Twitter followers, she actually managed to insist we put politics aside while doing the opposite, all within the 140-character limit, “Our grief isn’t enough. We can and must put politics aside, stand up to the NRA, and work together to try to stop this from happening again.”

The left’s obsession with gun control has never been well-received by Americans who also want the carnage to stop. One reason is real-life experience with the failure of banning an object instead of addressing the human condition, what drives an individual to resort to such obscene behavior.

Mrs. Clinton’s ghoulish instinct was true to form as liberal strategy unabashedly made clear by Rahm Emanuel in November 2008, as chief of staff for President-elect Obama. He told The Wall Street Journal, “You never want to let a serious crisis go to waste, and what I mean by that is it’s an opportunity to do things you think you could not do before.”

Mrs. Clinton was roundly criticized for her comments, which were made hours before the bodies of the murdered had been collected from the ground on which they fell.

This nation knows well the arguments about gun control, as we have experienced mass shootings, too many and too often. We also know the left’s obsession with gun control has never been well-received by Americans who also want the carnage to stop. Why? There are the important arguments about that pesky thing called the Constitution and the Second Amendment, but we also have real-life experience with the failure of banning an object instead of addressing the human condition, and what drives an individual to resort to such obscene and inhuman behavior.

For liberals, this obsession with gun control reverses any progress we could make as it’s seen as “the solution” when nothing could be further from the truth. Chicago experiences massacres every weekend despite (and some would argue, because of) having some of the most restrictive gun laws in the country.

For the first weekend of October, the Chicago Tribune reported, “At least 32 people were shot over the weekend, including a man killed along the Chicago River on the Northwest Side and a 13-year-old boy wounded while riding his bike in Little Village on the West Side, according to police. Between Friday afternoon and early Monday, at least four people were killed and 28 others wounded, police said.”

The prior weekend in the Windy City brought a grim milestone of 500 homicides, so far, for 2017.

For some reason, Mrs. Clinton and the other liberals and Hollywood celebrities tweeting their outrage and demands for gun control have been silent about the massacres in Chicago. Perhaps because they were successful there and “gun control” was achieved. Now that it failed, they would have to confront issues like gangs, MS-13 and drugs. Confronted with the fraud of the liberal solution of gun control, the only answer is to not look, move on and abandon the victims.

Now with President Trump at the helm, we are beginning to address gang issues, including the scourge of illegal alien gangs like MS-13. Even more significant is the crackdown on the opioid crisis. After years of increasing addiction to prescription painkillers, we are only now beginning to intervene.

We still don’t know what factors drove Stephen Paddock to meticulously plan a mass murder that killed, at this writing, 59 people and wounded 527. We search for something that will shed light on the maniac’s reasoning, so it will “make sense.” While psychotropics help innumerable people around the world, rarely is there any transparency about or investigation into mind-altering prescription drug use and its possible impact on perpetrators of mass violence.

The Mayo Clinic warns, “Nearly 70 percent of Americans are on at least one prescription drug, and more than half take two.” Mayo Clinic and Olmsted Medical Center researchers say, “Antibiotics, antidepressants and painkilling opioids are most commonly prescribed.”

In the case of transnational mass-murdering ISIS, their terrorists are fed a drug called Captagon, known as the “jihad pill,” Newsweek reported. Captagon is an amphetamine-based drug banned throughout the world in the 1980s.

Despite the worldwide ban, the drug “remains popular in the Middle East, particularly in Saudi Arabia, where more Captagon is consumed than in any other country in the world,” Newsweek noted.

Many commentators and experts this week have warned us the Las Vegas massacre is the “new normal.” It doesn’t have to be, any more than ISIS has to be. We know we can only defeat Islamic terrorism by being honest about the enemy, in all its human complexity. We must demand the same clarity here at home.