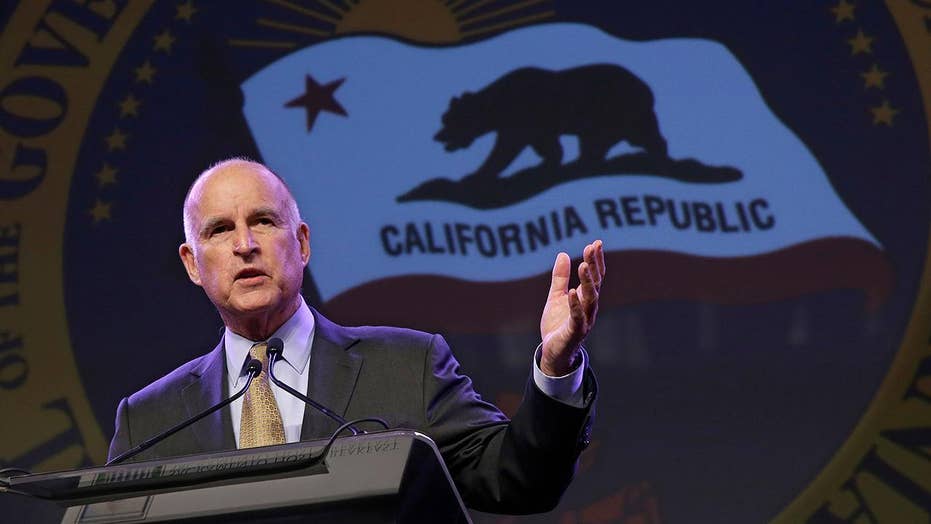 Imagine a state that passes a law welcoming, embracing and protecting criminals, directly endangering citizens. Then imagine that same state passing laws, and judges issuing orders that make no sense except to micromanage people’s lives in the name of keeping them safe.

A contradiction indeed, and especially ripe in California.

The same week that a number of cities and counties in California sued their own state over the dangerous law making the state a “sanctuary” for illegal alien criminals, a judge issued a ruling to save Californians from themselves and their coffee-drinking habit.

“The suit was brought against Starbucks and 90 companies under a controversial law passed by California voters in 1986 that has been credited with culling cancer-causing chemicals from myriad products and also criticized for leading to quick settlement shakedowns,” CNBC reported. The judge ruled in the plaintiff’s favor and ordered coffee shops, including Starbucks and 7-Eleven shops, to make sure you get a cancer warning along with your java.

While there is no scientific consensus on the health benefits (or dangers) of coffee, the CNBC report reminded readers that the World Health Organization removed coffee from its “possible carcinogen” list in 2016, citing studies that “indicate coffee is unlikely to cause breast, prostate or pancreatic cancer, and it seems to lower the risks for liver and uterine cancers, the agency said …”

If you want to understand what the left is up to, you just need to look at the direction and policies of Los Angeles and London. Like the eight years of the Obama administration, both cities provide excellent examples of the damage liberalism inflicts when unrestrained.

The Washington Times provided the details on the men below who had their records wiped clean by a governor who seems to like making political points against President Trump at the expense of the safety and well-being of the people of California.

• Sokha Chhan, who is in the custody of Immigration and Customs Enforcement pending deportation to Cambodia. He was convicted of inflicting corporal injury with the intent to terrorize his spouse.

• Daniel Maher, a native of Macau who was sentenced in 1995 for kidnapping, robbery and using a firearm. He was detained by ICE in 2015.

• Phann Pheach, a native of Thailand convicted in 2005 for possession of a controlled substance for sale and obstructing a police officer. He has been detained by ICE and is facing possible deportation to Cambodia.

• Sergio Mena, sentenced in 2003 for possession of a controlled substance for sale.

The action outraged Mr. Trump who tweeted, “Governor Jerry ‘Moonbeam’ Brown pardoned 5 criminal illegal aliens whose crimes include (1) Kidnapping and Robbery (2) Badly beating wife and threatening a crime with intent to terrorize (3) Dealing drugs. Is this really what the great people of California want? @FoxNews.”

No matter your party, political beliefs or passions, no one wants the criminal, craven and violent to be embraced and protected. That’s an idea for a horror novel, not a serious policy for the people of any state of this union.

California judge rules that Starbucks and other coffee sellers must include cancer warnings on coffee sold in the state.

The problem with liberal policy is its focus on controlling people instead of setting them free. The liberal belief is that big government is necessary because people can’t be trusted to run their own lives properly. Ergo, policy is developed to “take care of” the inept citizen, and legislation follows that reinforces the fraud that we need Big Government to run our lives.

Case in point, California is considering a new law to ban removable plastic bottle caps and to restrict plastic straws. All in the name of saving the ocean, which is an important and good cause, but we want serious policy that actually addresses the issues.

In 2015, the journal Science found “[m]illions of tons of plastic trash flow into the world’s oceans each year, and a new study finds that most of it comes from China and developing economies in Asia. The study … estimates that China’s heavily coastal population contributes 1.3 million to 3.5 million metric tons of plastic to the world’s oceans each year, largely due to mismanaged waste,” the Los Angeles Times reported.

California redesigning bottle caps and taking away your straws will not solve that problem, but it’s a policy meant to trick you into thinking politicians care, while suggesting that you and your lifestyle are the problem. Just like a judge issuing an order that your coffee could give you cancer, while the state government itself is embracing and protecting criminal illegal aliens who actually have ruined lives.

If you want to understand what the left is up to, you just need to look at the direction and policies of Los Angeles and London. Like the eight years of the Obama administration, both cities provide excellent examples of the damage liberalism inflicts when unrestrained. It also reminds us how liberals rely on victimhood and have no problem using policy to throw us all into their volcano.