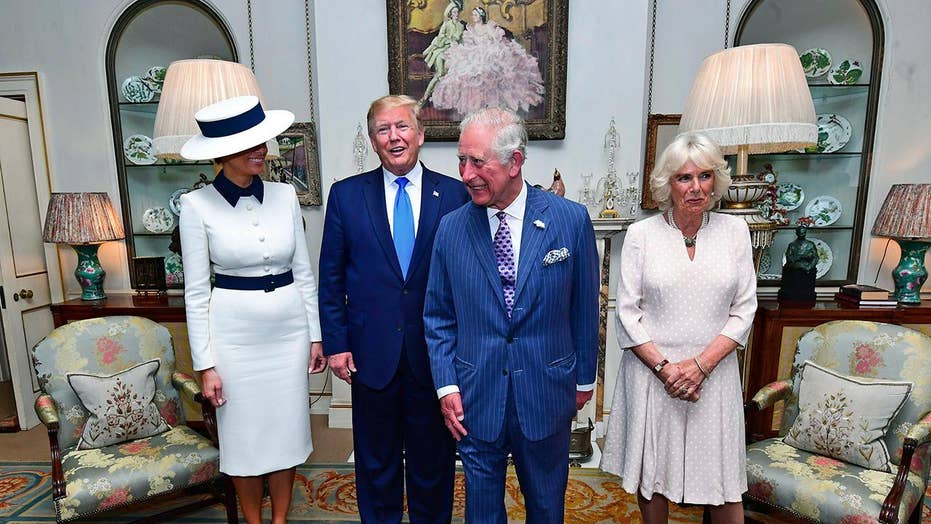 I’m Stuart Varney and this is "My Take."

Three years ago, I became an American citizen. I was born and raised in England, but having been welcomed with open arms here in the U.S., I had no problem joining the American club. It was my choice, and I made it willingly: I like it here. A constitutional republic is right up my street.

And it is with great pride that I see our president meeting the Queen of England with all the pomp and circumstance that the Brits do so well. 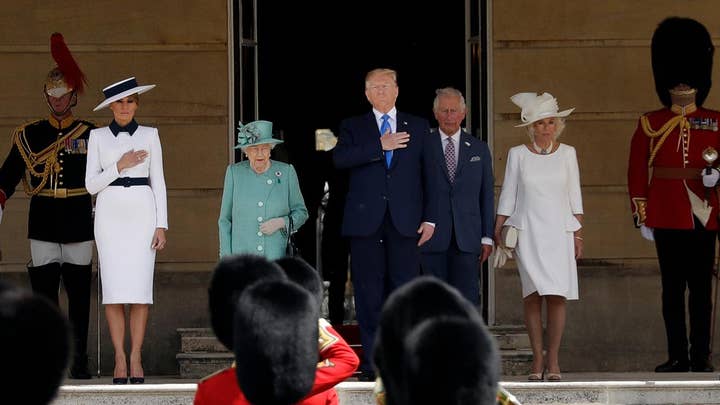 I love to see President Trump inspecting the guards at Buckingham Palace with Prince Charles. How American of Mr. Trump to stop for a chat with individual guardsmen. I like to see the royals putting on a great show for our guy. I'm proud, of our American president.

But I'll tell you this: I do not like to see the disrespect. And there's been a lot of it in Britain. The leftover there is the same as the leftover here: they detest Mr. Trump and go out of their way to insult him. This rubs me up the wrong way.

The Brits should be reminded that they have brought a crisis on themselves. The people voted to leave the European Union but their politicians have been unable to get it done. Don't blame trump: he'll help you get out!

And those demonstrators in London, with their name-calling and their insulting blimp: they should be reminded that the president is there to celebrate the 75th anniversary of D-Day. Without American soldiers, those people would be speaking German.

I went back to Britain two months ago: it was my first visit there in many years. I had heard all the stories about how unpopular President Trump is there, and yes, I heard some harsh criticism.

So I am a proud American looking at my president on a state visit to the country of my birth. And it makes me happy.

There's a good shot that the special relationship between the two countries could be reborn, with Donald Trump and maybe Boris Johnson! That would make me very happy.