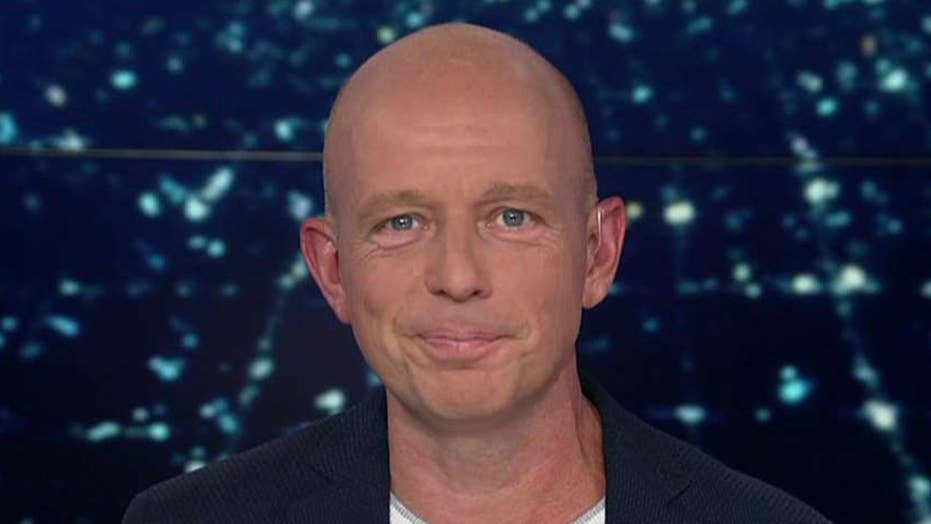 Steve Says: The Democrats are using Mueller to divide America

It's more important to Democrats to focus of Russia than on President Trump's successes.

Recently, MSNBC host Stephanie Ruhle asked, "What do Democrats need to do to keep the focus on the Mueller report?"

Remember that as you hear them endlessly, pompously pontificating about threats to our democracy. It is all just a political tactic to keep the focus on Russia. And I'm going to prove that to you, forensically, in detail, with facts and their own words.

Let's first examine the argument the establishment uses as the serious justification for all this -- the national security requirement to stand up to Russia and its behavior. Last week, our old friend Hillary Clinton told Rachael Maddow, "If you`re in the Kremlin, you`re Vladimir Putin, who I`ve sat across [from]. I understand his goal is to weaken America. I know that. He doesn`t like me because I stood up for America.”

But what about when Clinton was Secretary of State and talked about "reset buttons" for the U.S.-Russia relationship? And what about this quote from something she said on Russian TV. Perhaps she hoped we wouldn't find it, but we did. Clinton once said the following: "We want very much to have a strong Russia because a strong, confident, prosperous, stable Russia is, we think, in the interests of the world."

Yeah, you stick it to Putin, Hillary.

Of course, it wasn't just Clinton. President Obama, when explaining why he was soft on Putin over Ukraine, said, “The fact is that Ukraine, which is a non-NATO country, is going to be vulnerable to military domination by Russia, no matter what we do.”

Now the establishment is frothing at the mouth over President Trump not raising 2016 election meddling with Putin on their call this past Friday. But hang on a second. Didn't the meddling happen under Obama, who was told about it at the time? What did he say to Putin? He told him to "cut it out." I bet Putin was quaking in his boots after that, especially after Obama told the whole world that dictators could get away with anything on his watch after he let Syria flout his red lines on chemical weapons.

By contrast, it's Trump who put tough sanctions on Russia who expelled diplomats who armed the Ukrainians and above all, who totally changed America's energy policy in a way that Russia hates.

Oh, and who was it who launched an actual cyber attack on Russia over election meddling? No, not the craven Obama, but Donald Trump. I think that's a little tougher than "cut it out, Vladimir."

But he's already got it. Nadler, you total charlatan, there was a report available to you without three of the four types of redaction in the public version. You didn't even bother to go look at it. Two weeks, you just had to walk down the street to the Department of Justice headquarters. It takes 20 minutes according to Google Maps. This past week it moved right to Capitol Hill. It's literally in your building -- the Mueller report without three out of four types of redaction. Removing the fourth is literally against the law. But you're the one going on about defending democracy.

This fuss is all because the Mueller report didn't give the establishment what they wanted. So now they're trying to keep the Russia nonsense going by saying the whole thing is a cover-up by the attorney general, who a somewhat unhinged Nancy Pelosi called a liar.

This whole Russia-mania is about the establishment fighting back. They lie about the attorney general being a liar. They accuse Trump of being Putin's puppet when they're the ones helping Putin divide America.

So this is the moment where Barr supposedly lied to Congress:

U.S. Rep. Charlie Crist, D-Fla: Reports have emerged recently, general, that members of the special counsel’s team are frustrated at some level with the limited information included in your March 24th letter -- that it does not adequately or accurately, necessarily, portray the report’s findings. Do you know what they’re referencing with that?

When you cut it right there, it does sound like he lied. When he said that, the attorney general had Robert Mueller's letter asking for his summary to be put out. But that wasn't Barr's full answer. Here's the rest:

Barr: “I suspect that they probably wanted more put out. But in my view, I was not interested in putting out summaries or trying to summarize."

Barr literally described the substance of Mueller's complaint. So it wasn't Barr who lied, but Nancy. As usual, Democrats are projecting, accusing others of the very thing that they do all the time. Why didn't Nancy ever call for former CIA Director John Brennan to be prosecuted for lying to Congress? Because they're on the same team -- the establishment team trying to keep the focus on Russia.

Another establishment tactic is pretending this was never really about collusion. The most laughable example came during the coverage of last week's Barr hearing, when MSNBC's Brian Williams cut in with this important announcement: "That phrase or the lack of it, it’s absence from federal code – this no collusion mantra - is so foundational to why we're here today, that we decided to flag it when we heard him use it yet again."

Yep, that phrase. "Collusion." Not a thing, not at all. It's not about collusion. Right, Brian?

But perhaps the most deranged claim from the establishment is that William Barr is running a cover-up. Okay, so now publishing something is covering it up? You know, I think we need to demand that MSNBC boss Phil Griffin stop "covering up" Rachel Maddow's monologues. America needs to hear what she has to say. Every weeknight. At 9 p.m. ET. Democracy depends on it. There's Rachel just trying to get her opinion out. How many times and how many ways has that evil Phil Griffin been blocking that from happening? Maybe he's secretly working for Sean Hannity. Or the Russians.

But even on its own crazy logic, the cover-up theory makes no sense. According to the deranged establishment, the cover-up was revealed by Mueller's complaint letter. The bit they point to is this: "The summary letter the Department sent to Congress and released to the public late in the afternoon of March 24 did not fully capture the context, nature, and substance of this office's work and conclusions."

Okay so let's talk about the substance. The aim of Mueller was to investigate Russian interference and any coordination by the Trump campaign, plus obstruction. That's exactly what Barr addressed in his original letter. No indictment on any of it -- that is the substance. It's just that the establishment doesn't like it.

Mueller's letter complained about public confusion and misunderstanding. And you can see why the public was confused. For years they'd been told Trump was a Russian agent. But Mueller said he wasn't. After the attorney general announced that fact, Mueller wanted to put more out there. But that wouldn't have changed the substance. It just would have changed the spin.

Now, why the hell does Mueller care about any of that -- the public understanding, the media coverage, the spin? The establishment love describing Attorney General Barr as "Trump's lawyer." Well, by his own letter, Robert Mueller told us how he sees himself. He is the establishment's spin doctor.

Many in the media say, "Oh how can you question Mueller? He's a Republican." That misses the whole point. The big divide here is not between Republicans and Democrats, but between the establishment and populism, between insiders and outsiders. Mueller is the ultimate insider, as we told you in a "Swamp Watch" a few months ago.

This whole Russia-mania is about the establishment fighting back. They lie about the attorney general being a liar. They accuse Trump of being Putin's puppet when they're the ones helping Putin divide America. They condemn talk of "Deep State" spying as a smear, even though there's plenty of evidence for it, while they spent the last two years smearing the president as a Russian agent with absolutely no evidence at all

They are the ones, these establishment sycophants, who scream about Trump undermining democracy and the rule of law when it's all them. It's you, Nicolle Wallace. It's you, Chuck Todd. it's you, Jerry Nadler. It's you, Adam Schiff, and yes, you, the ridiculous Eric Swalwell, refusing to accept an election and using every trick in the book to overturn its result.

That's what this is about, all of it. An arrogant and entitled ruling class that cannot believe the peasants have taken power away from them. Well, long may that revolution continue.

Adapted from Steve Hilton's monologue from "The Next Revolution" on May 5, 2019.