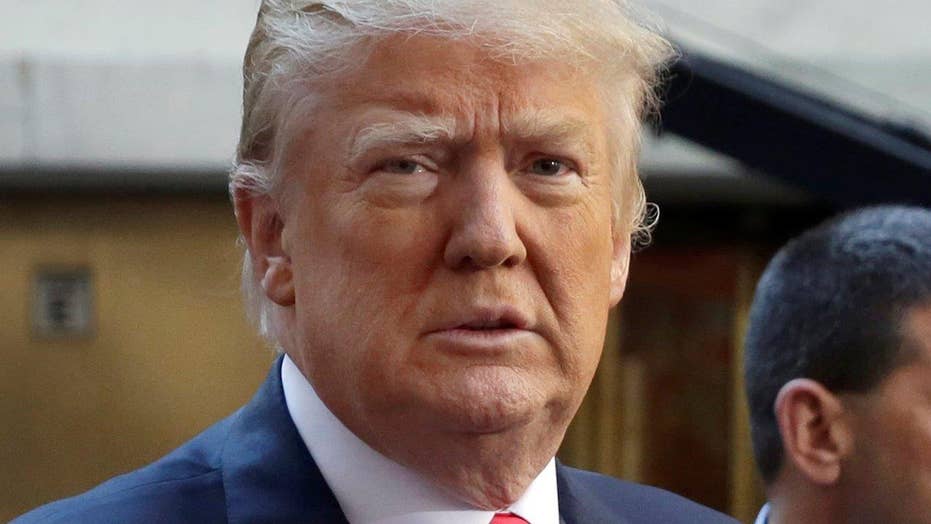 Campaign reacts to criticism from Cruz on his tax plan

What sort of man is lurking deep inside Donald Trump’s innards?

We were led to believe that Mr. Trump was one of us -- a conservative of the gun-toting, Bible-clinging variety.

But friends, Mr. Trump is no conservative. His talk is far different from his walk.

Fox News confirms that senior campaign aides assured Republicans in private that the Trump we’ve seen on the campaign trail is not going to be the same Trump we get in the White House.

“You’ll start to see more depth of the person, the real person,” he added. “You’ll see a real different guy.”

The Associated Press reported that Trump’s aides mentioned the need to “moderate his brash personality.”

“The part that he’s been playing is evolving into the part that now you’ve been expected, but he wasn’t ready for, because he had first to complete the first phase,” Manifold said. “The image is going to change.”

Back in the South those are code words for snookered, two-faced and phony-as-a-two-dollar-bill.

Oh, Donald. What have you done? Say it isn’t so.

“Donald Trump is telling the American people that he’s lying to us,” Sen. Ted Cruz said on the campaign trail Friday. “His campaign is now run by Washington lobbyists.”

If true, Mr. Trump is no different than the Establishment Republicans who so effortlessly betrayed and abandoned the base of the party.

The man is campaigning as a conservative — but I’d be willing to bet a pair of Corinthians that he’s secretly plotting to govern as a liberal.

So the question must be asked. When will we see the “real” Donald Trump?

Will he still send the illegals back from whence they came? Will he still make Mexico pay for the wall? Will he really bring jobs back to the United States? Will he defend the American working man?

And what does it mean when his campaign says he will “moderate” his message?

In just the past few days we’ve seen him begin to waffle on issues like abortion and religious liberty.

Pro-life groups are extremely concerned by comments he made about rewriting the party’s pro-life platform.

He also spoke out against North Carolina’s decision to strike down Charlotte’s so-called bathroom bill.

“The problem with what happened in North Carolina is the strife and the economic punishment that they’re taking,” he said on the "Today Show."

With all due respect, the problem in North Carolina was big business trying to bully and intimidate moms and dads who want to protect their daughters.

“In the last 48 hours, Donald Trump has come out for grown men going into the bathrooms with little girls,” Cruz said. “That is politically correctness on steroids.”

In the Broadway musical, “The Music Man” the good-hearted people of River City got snookered by a fast-talking swindler named Harold Hill.

Hill enthralled the town folk with tales of depravity – of a culture gone astray. There’s trouble in River City, he famously proclaimed. Trouble with a capital “T”.

He promised that he had the cure for what ailed their town — and they bought what he was selling hook, line and sinker.

And I’m afraid conservatives have suffered the same fate as the good people of River City.

There’s trouble in America, folks. Trouble with a capital “T”.