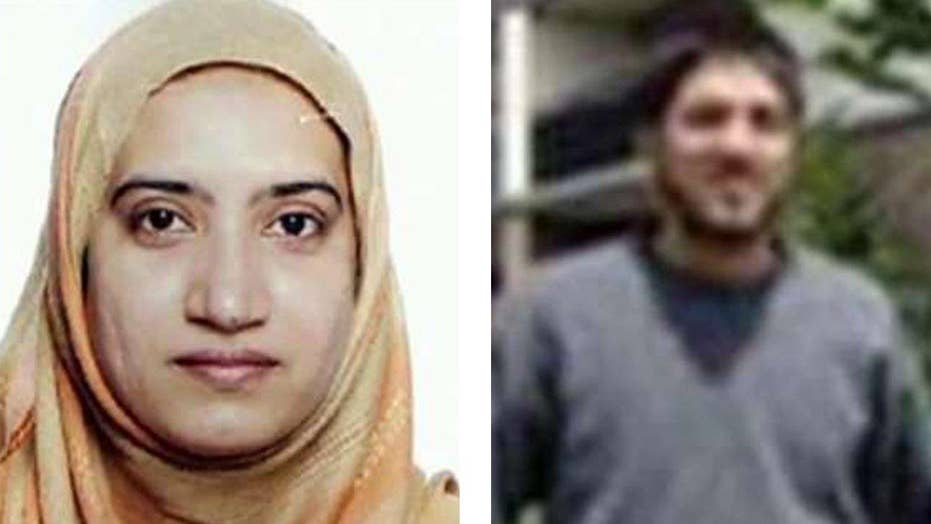 As FBI Director Comey suspects husband-wife team behind the San Bernardino terror attack was radicalized before they met, info from hard drives and cell phones show support for Muslim Brotherhood and Hamas

Brutal terrorist attacks in recent weeks have once again focused attention on the gravity of the terrorist threat to our way of life. Last month in Paris, a terrorist cell executed coordinated operations aimed at killing as many innocent people as possible.  And this month’s terrorist attack in San Bernardino showed extensive advance planning, as the perpetrators assembled a large cache of weapons in secret.

In order to understand whether the attackers in San Bernardino had ties to a terrorist network and thwart follow-on attacks, our government needs to utilize every tool at its disposal.  As the 9/11 Commission stated, our counterterrorism authorities need to be able to  “connect the dots.”

But what if there are no dots left to connect?

Unfortunately, that may be soon be the case. In June, Congress passed the USA FREEDOM Act, which prohibited the government from collecting and storing call detail records, which include telephone numbers—and not the content of calls or the identities of callers—from telecommunications carriers.  Instead, the bill requires that private sector telecommunications companies retain control of call records and that the government apply to a special national security court—the Foreign Intelligence Surveillance Court—for an order to retrieve any records from the companies.

This law went into effect at the start of December.  While we disagree on some aspects of the new law, we share a concern that it fails to ensure that the telecommunications companies will actually hold the records for the time necessary to allow the government to quickly connect the dots before and after a terrorist attack.

If telecommunications companies delete their records, counterterrorism authorities will not be able to identify networks, confirm leads, and track terrorist operatives who are active and plotting in the United States.

When combined with other sources, the ability to analyze call detail records and conduct what is termed “call-chaining”—or the mapping of terrorist communications networks—can help our government rapidly put the pieces together as an attack is unfolding.

For example, in September of 2009, we identified a Colorado-based Al Qaeda operative named Najibulla Zazi.  Zazi had acquired bomb-making equipment and explosives and was plotting to attack packed trains on the New York subway system during rush hour.

The FBI used call data to analyze his phone records and quickly identify and apprehend one of his co-conspirators.  That co-conspirator was subsequently convicted along with Zazi.

Some have argued that, even under the USA FREEDOM Act, call records will be available because carriers retain records for business purposes.  However, carriers usually only hold on to records for 18 months or less, and there is no guarantee that the companies will not shorten this period.

We believe our law enforcement and counterterrorism officials need more concrete assurance that vital call records will actually be there to prevent and respond to another attack.

So recently, we introduced the Private Sector Call Record Retention Act. This bill which would require telecommunications carriers to notify the Attorney General if they decide to retain the call records for less than 18 months, which is the minimum amount of time that national security officials have indicated is needed to conduct most international terrorism investigations.

The bill requires companies to provide notice 180 days in advance of such changes.  Doing so will give counterterrorism officials and Congress time to address changes that could prevent the government from quickly determining the scope of a terrorist network.

The first line of defense against terrorism is intelligence, and today, our government is reliant on the private sector to retain call records that we use to connect the dots.

As we grapple with the lessons of Paris and work to determine whether the San Bernardino attackers were directed or supported by a terrorist group, we urge Congress to move on our bill expeditiously.

We must make certain we are not fighting terrorism with one hand needlessly tied behind our back.

Independent Angus King represents Maine in the United States Senate. He is a former governor of Maine.