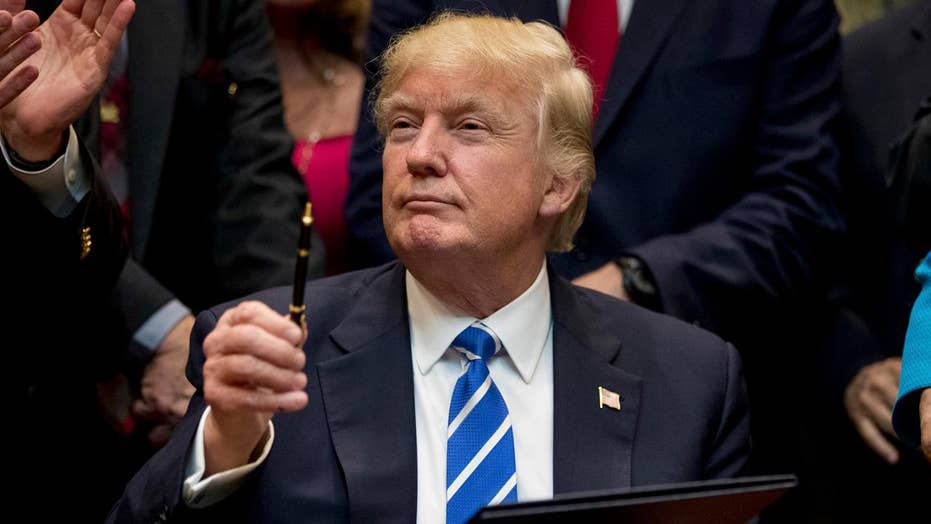 In 2015, then-President Obama finalized a massive, regressive energy regulatory scheme that purported to be about helping the climate but, in reality, would have done little to meaningfully impact global emissions.

What it would have done is punish low-income families, ship middle-class jobs overseas, and hurt families who could least afford it. It was also likely illegal.

I sent a letter counseling governors to wait for the courts to rule on the legality of the regulation before submitting a compliance plan.

It was not a popular move at the time. Turns out it was the right one.

I’m glad that nearly half of our nation’s governors agreed with my advice to take a ‘wait and see’ approach before needlessly putting their states in economic jeopardy.

I commend President Trump for sending this flawed regulatory plan, along with a number of others, back to the drawing board with Tuesday’s Energy Independence Executive Order.

As the administration now begins the task of reworking these failed regulations, I think it’s worth taking a look back at how we got here in the first place.

President Obama came into office with huge majorities in both houses of Congress. He could’ve done virtually anything he wanted and he certainly tried. He pushed through one left-wing bill after the other. He even tried to push through a regressive, anti-middle class energy regulatory scheme — a legislative proposal so extreme that he couldn’t even get his own Democrat-controlled Congress to go along.

Undeterred, he went around Congress and imposed a similarly regressive scheme anyway. He nonsensically tried to brand the main pillar of that scheme a “Clean Power Plan” (CPP), the same way one might try to brand Obamacare an “Affordable Care Act” or brand a rabbit a rhinoceros, even though it wouldn’t have had a meaningful impact on the climate.

It did, however, threaten to eliminate tens of thousands of American jobs, raise energy costs by double-digits in more than 40 states, and increase the pain in parts of my own state that were already experiencing a depression.

So I fought back against it.

In the states, I wrote a letter to every governor concerning the serious legal, political, and financial implications associated with the CPP.

In the courts, I joined more than 30 Senators and 170 Representatives in filing an amicus brief in support of the 27 states that sued to overturn the CPP, and the Supreme Court agreed to halt it.

In Congress, I successfully worked with members in both parties to pass measures that would have eliminated the CPP and other harmful energy regulations.

In the White House, although President Obama may have wielded his veto pen, the American people sent us a new president with a different view, and President Trump just agreed to send these regulations back to the drawing board with Tuesday’s executive action. Now we have a chance to help bring relief and pursue a smarter approach.

For the past eight years, coal communities across the country, and especially in my home state, have been under attack from heavy-handed regulations that kill jobs and devastate the economy.

Moreover, these massive regulatory burdens were imposed during a period when production and supply of natural gas had been high and its costs relatively low — a devastating one-two punch to families already struggling to make it.

Coal communities face enough challenges without Washington piling on with these unreasonable attacks. What we need now is a different approach: an all-of-the-above energy strategy that is realistic, serious, balanced, and economically viable.

We need a level playing field for coal communities and investments in clean-coal technology.

We need to foster a diverse and competitive fuel supply, prioritize innovation, and continue breaking down barriers that prevent us from reaching our full potential on energy production.

These are just some of the priorities I outlined in a letter to President Trump earlier this year. Both Congress and the administration have important roles to play in making these goals a reality.

But that’s not what former President Obama’s regulatory scheme was really about. It was a vanity project, not serious environmental policy, and it wouldn’t have accomplished much beyond crushing more middle-class dreams and chasing more jobs overseas.

It’s time for us to move past this failed story of yesterday.

Now, we have that chance. EPA can finally start fresh with stronger and more balanced policy that truly respects America’s middle class.

At the end of the day, whether we’re Democrats or Republicans, isn’t that what we should all want?