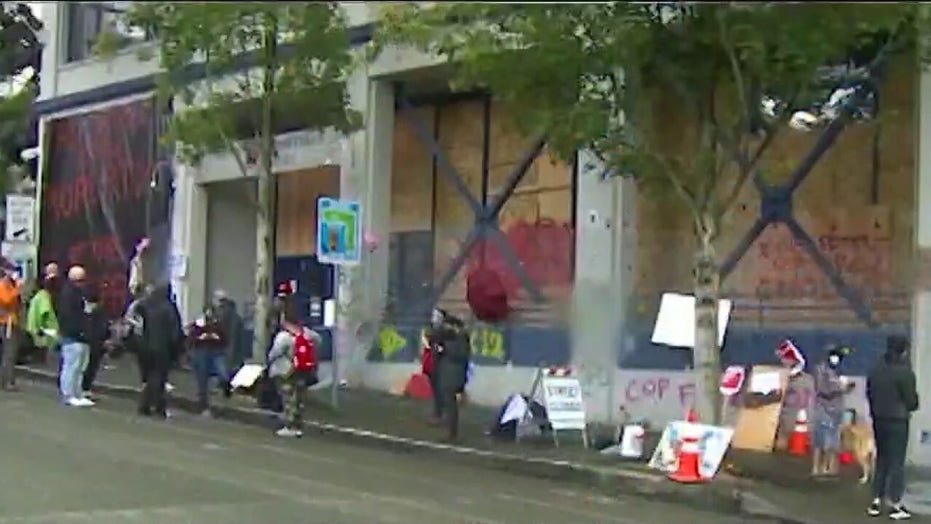 The looney left has reached a new level of craziness in liberal Seattle, where anarchists have seized control of a six-block area of downtown and proclaimed it a “cop-free zone” called the Capitol Hill Autonomous Zone, or CHAZ.

A better name might be the People’s Republic of Seattle or the Do Whatever You Want Zone.

The left coast revolutionaries have even seized control of the East Precinct police station that the cops abandoned in the face of rioting and put forth a list of radical demands.

These demands include: shutting down the Seattle Police Department, abolishing the court system, reparations for victims of “police brutality,” new trials for all people of color convicted of violent crimes (hard to hold if the courts are abolished), rent control to spark de-gentrification, free college, the hiring of black doctors and nurses to treat black patients, release of prisoners serving sentences for marijuana-related offenses, voting rights for remaining prison inmates, and much more.

What could possibly go wrong?

The revolutionaries who have seized control of part of a major American city appear to want to secede from the union – an ambition of extremists in the past that never turned out well.

The most famous secession attempt, of course, was the creation in 1861 of the Confederate States of America by Southern racists who wanted to preserve slavery. That sparked the Civil War that by some estimates killed 750,000 Americans.

President Trump has demanded state and city authorities take back control of CHAZ and reestablish law and order.

“Take back your city NOW,” the president tweeted. “If you don’t do it, I will. This is not a game. These ugly Anarchists must be stopped IMMEDIATELY. MOVE FAST!”

But city and state officials seem in no hurry to heed Trump’s call, and have criticized the president for meddling in their affairs.

The clueless in Seattle can only hope President Trump makes good on his willingness to save them from their own stupidity.

In fact, Seattle City Councilwoman Kshama Sewant said in tweets:  “Our movement needs to urgently ensure East Precinct is not handed back to police but is turned over permanently into community control. My office is bringing legislation to convert East Precinct into a community center for restorative justice.”

“You should know, leaving the precinct was not my decision," Chief Best said in a video posted to YouTube.

Best happens to be the first black woman ever to lead the Seattle Police Department. But I guess such progress is not good enough to persuade the mobs on the merits of keeping the police force operating.

The clueless in Seattle can only hope President Trump makes good on his willingness to save them from their own stupidity. But here’s a modest proposal (with apologies to Jonathan Swift): It might serve them right if Trump just left Seattle alone.

In the spirit of “be careful what you wish for,” Trump could decide to let Seattle’s little coup d'état serve as a poster child for what can happen when the left goes off the deep end.

Consider the consequences should city and state leaders remain lenient toward aggressors seeking the thrill of conquest. 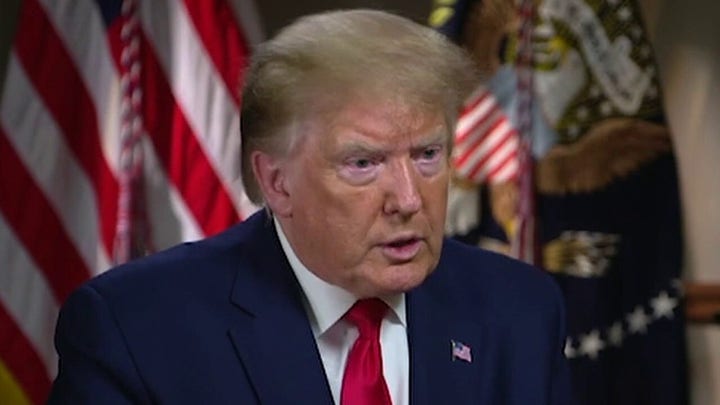 Crime would certainly increase without police in CHAZ. That would inevitably lead owners of stores, restaurants, other businesses and many residents to move out. Who would want to live in a neighborhood where you couldn’t call the police if your store was being looted, your house was burning down, or a member of your family was being robbed or attacked?

Going forward, the city would be obligated to exercise fairness and equal opportunity in its treatment of all those interested in taking over control of public and private property for their own purposes.

Today it’s a diverse group of hip folks claiming to advocate social justice for all – supposedly motivated by outrage over the horrific May 25 killing of George Floyd by police in Minneapolis.

But what if a Ku Klux Klan chapter devoted to white supremacy decides it wants to occupy a section of the city as its own independent all-white enclave and declares it “a black-free zone.”

Would city leaders be as lenient?

And what if extremist groups around the country start saying they want to create their own versions of CHAZ? Will leftists argue that we should cease being the United States of America and become the Divided States of America, chopped up into autonomous mini-states?

Most Seattle residents most likely have no liking for CHAZ. Already, police say their emergency response times have been slowed dramatically because of barriers blocking vehicular traffic through CHAZ.

If this nonsensical rebellion is allowed to continue, it’s only a matter of time before someone will be raped, assaulted, or murdered within CHAZ – or before buildings will burn and possibly claim lives – because police and firefighters can’t gain access to the People’s Republic. That would be tragic.

My advice to residents fearful of the resultant anarchy would be to move to communities that favor such amenities as cops, courts and the Constitution. I can suggest some lovely spots in my home state of Indiana.