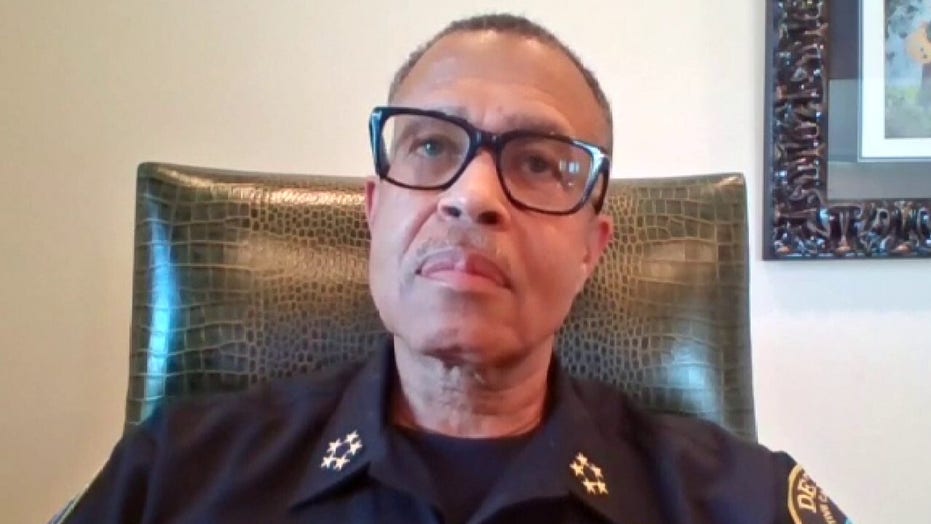 In normal times, no one would feel the need to point out the total absurdity of a movement called “Defund the Police.” The insanity of such a concept would be self-evident to anyone possessing the faculty of reason.

The move to cut funding for police departments around the nation is motivated by the brutal and clearly unjustified May 25 killing of George Floyd, a black man who died when a Minneapolis police officer knelt on his neck for nearly nine minutes.

Floyd’s killing – captured on cellphone video – has shocked millions of people around the world. As a result, we are no longer in normal times. Peaceful protests – as well as rioting and looting – have broken out in many American communities.

Some of the groups protesting to achieve racial justice have gained frightening traction pushing the idea that slashing police budgets nationwide would help create safer communities and more peaceful interactions between blacks and whites.

This is utter nonsense.

We are a nation that continues to grapple with violent crime. According to the FBI, for example, an estimated 16,214 people were murdered in the United States in 2018. If we had fewer police on our streets that tragic figure would be higher. And you can bet that criminals would commit more robberies, assaults, rapes, burglaries and other crimes as well if there was a smaller police presence on the streets.

We need police to continue to fulfill their vital function of protecting the innocent and holding lawbreakers accountable.

And so, anyone who cares about America should proclaim from the rooftops that “defunding the police” would produce terribly dangerous consequences.

Police officers in the United States risk their lives to serve and protect their fellow citizens. The overwhelming majority of officers are outstanding public servants who each day perform their difficult duties for all the right reasons.

This defunding makes as much sense as cutting funding for a hospital or a school where a doctor or teacher has engaged in criminal conduct against a patient or student.

Certainly, there are individual cops unworthy of the badges they wear, whether due to corruption, incompetence or hot tempers that get out of control. A small number of officers hired to fight crime turn into criminals themselves, violating the rights of citizens, engaging in police brutality, and – on rare occasions – even killing innocent people of all races.

But the solution to this problem lies in specifically identifying the officers acting improperly within police agencies – and removing those who are incorrigible. Further, when whole departments show systematic patterns of improper behavior, wholesale leadership changes must be made

The truth is that a small number of people in every profession engage in criminal conduct. We’ve all seen news stories about pedophile priests, doctors who rape patients, teachers who assault students, lawyers who swindle elderly clients out of their life savings, corrupt politicians who take bribes, and more. In all these professions, wrongdoers must be identified and removed from their positions – and imprisoned if convicted of crimes.

In the slow and excruciating death of George Floyd, our nation witnessed just how horrific a situation can become when bad cops walk the street. Fortunately, justice now appears to be moving swiftly in that Minneapolis case.

Defunding police departments, however, would only make positive reforms all the more difficult to achieve. In a troubling move, for example, the mayor of Los Angeles has proposed cutting as much as $150 million from funding for the city’s police department.

This defunding makes as much sense as cutting funding for a hospital or a school where a doctor or teacher has engaged in criminal conduct against a patient or student. In all these cases, the criminal cops, doctors and teachers would not be the ones to suffer as a result of defunding. Hospital patients, students and the general public would suffer instead.

When our communities hire police officers, we ask them to risk their lives to keep our families and neighborhoods safe. According to the FBI, 89 officers were killed around the nation in the line of duty in 2019. These deaths were a tragedy that should not be ignored.

The least we can do for our police officers is to ensure they have the best possible training and equipment – and enough funding for adequate staffing.

Years before he became president, Teddy Roosevelt served as New York City’s police commissioner. In his autobiography, he wrote about his longstanding commitment to adequately fund police departments. “I have not the slightest sympathy,” he wrote, “with any policy which tends to put the policeman at the mercy of a tough [criminal], or which deprives him of efficient weapons.”

With the turmoil and strife that have wracked our nation following the killing of George Floyd, perhaps it’s understandable that many people are acting and reacting out of emotion rather than logic. But we can do better.

It is shameful that a real opportunity to tackle unresolved racial discord is being hijacked by anarchists who want to destabilize our nation.

Following the killing of George Floyd, we have witnessed at least a dozen additional deaths in senseless violent riots.

One of these tragedies occurred with the death of David Dorn, age 77, who was killed while trying to protect a friend’s pawnshop from rampaging looters in St. Louis.

Dorn, a black man, was a retired police captain. His black life mattered. The fact that he was killed by looters rather than by white police officers does not make his death any less tragic.

We owe it to the memory of officers such as David Dorn – and all honorable police officers continuing to serve their communities – to keep supporting the work of law enforcement.

And even more than that, we owe it to all our fellow citizens to pursue policies – including adequately funding our police agencies – that will best protect our families and neighborhoods going forward.

As Americans of all races and backgrounds, let’s work together to make our police forces better. Let’s consider any and all substantive proposals truly aimed at their improved performance.

But let’s set our sights on real solutions rather than becoming distracted by nonsensical faddish slogans such as “Defund the Police.”