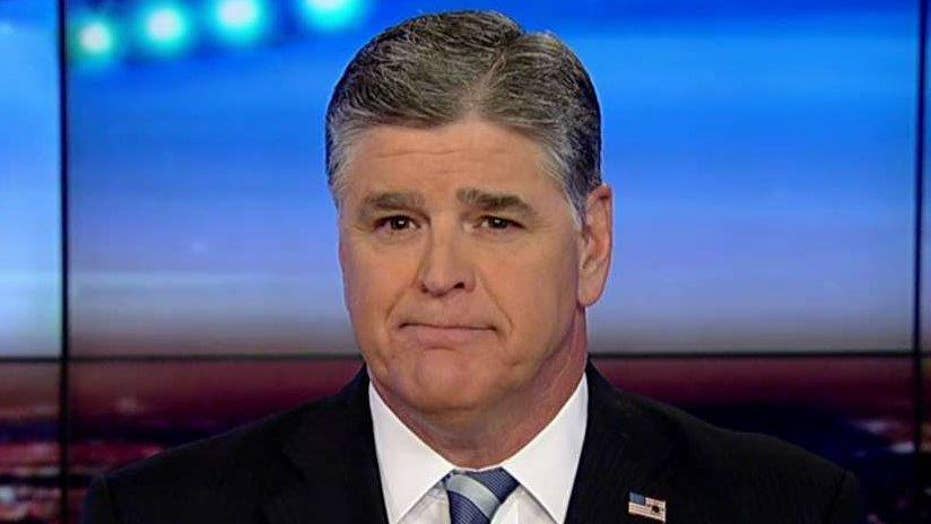 Hannity: Mueller investigation is turning into a witch hunt

The investigation is aimed at taking down the president

Special Counsel Robert Mueller's investigation is turning into a witch hunt and it needs to be shut down immediately.

Ex-FBI Director James Comey, who admitted sparking the probe by leaking information to The New York Times, is nothing more than a calculating, cunning partisan political hack at home in the D.C. swamp. During last week's hearing, Comey admitted that he intentionally gave a memo to his friend hoping it would lead to appointment of a special counsel.

“I asked a friend of mine to share the content of the memo with a reporter,” Comey told lawmakers. “Didn't do it myself for a variety of reasons, but I asked him to because I thought that might prompt the appointment of a special counsel. And so I asked a close friend of mine to do it.”

What Comey's admitting to under oath cannot be overlooked here or understated. His end goal was the appointment of the special counsel, which just so happens to turn out to be his longtime friend, Robert Mueller.

By leaking information, Comey could be putting himself again in serious legal trouble. If those memos were classified -- and several legal experts are arguing they are -- Comey may have broken the law. Comey created those memos on government computers in a government truck, making it property of the U.S. government, not James Comey. In addition to that, there are nondisclosure agreements that the FBI rules that exist that Comey also could have violated.

Leaks aside, Comey's relationship with Mueller is a massive conflict of interest. It's why it is time to now shut down this political witch hunt that is really aimed at stopping the president, delegitimizing him and hopefully, in the minds of some, making sure he gets thrown out of office. It's that serious.

We have a guy, Comey, who is beyond disgruntled and angry after being fired by the president and now one of Comey's closest friends is leading the investigation as the special counsel. I don't care if you're left, right, Republican, Democrat, does that sound fair, honest, objective to you? Of course not.

Conflict of interest rules disqualify Mueller from being special counsel in a case involving his pal. And if that's not bad enough, four members of Mueller's team have donated to Democrats.

Not to mention, why did James Comey wait until his hearing last week to actually mention the fact that Loretta Lynch, the then-attorney general, tried to interfere with an FBI investigation? He testified that she instructed him to soft-peddle his investigation by calling it a “matter.” This on top of her infamous meeting on the tarmac with Bill Clinton.

The real collusion that Mueller is never going to probe is not with President Trump and the Russians, it appears to be between the Clinton campaign, the Obama administration, Loretta Lynch and James Comey.

Let’s pull the plug on this witch hunt and go after the real lawbreakers.