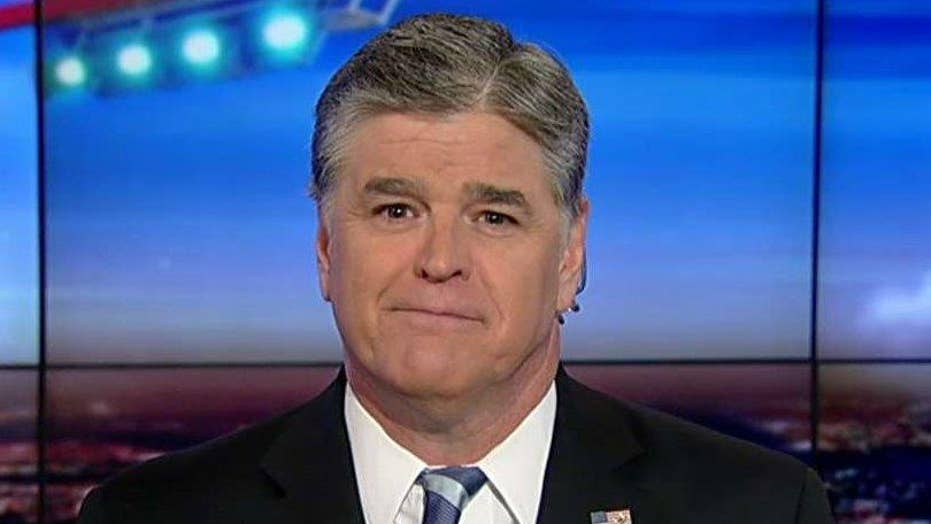 Hannity: The evolution of media fascism

The alt-radical, destroy-Trump-propaganda media is biased, agenda-driven, lazy, ideological and incapable of delivering honest news coverage to the American people.

They helped elect Barack Obama, they colluded with the Clinton campaign and now they're on a mission to take down President Trump. They want him thrown out of office, and, if possible, handcuffed, mug-shotted and perp-walked.

And it isn’t just Trump. They're expanding their attack to target media outlets and individuals who refuse to push their biased talking points and fall in line with their agenda. They hate Fox News. They hate talk radio. And they hate you, if you support our president and his policies.

I am calling it “media fascism.”

As you may know, I have become the target of a smear and slander campaign. The radical, alt-left, destroy-Trump media immediately picked up on lies told about me – even though the person with whom they originated recanted. They wanted a cheap headline.

A simple Google search would have ended the witch hunt against me. These lazy, so-called journalists would have discovered this individual has severe credibility issues and has targeted and tried to smear and slander me for well over a decade.

Like President Trump, I can fight back. But this is about more than either of us. The dishonest media is out to silence every conservative voice in the country. Trump’s election has made them come unhinged, and now they are coming after all of us.

The commander-in-chief refuses to sit back and take it, and this has frustrated the alt-left media. They are redirecting their attacks at his family, at me, at all conservative media outlets and yes, even at you.

I’m calling it what it is: media fascism.