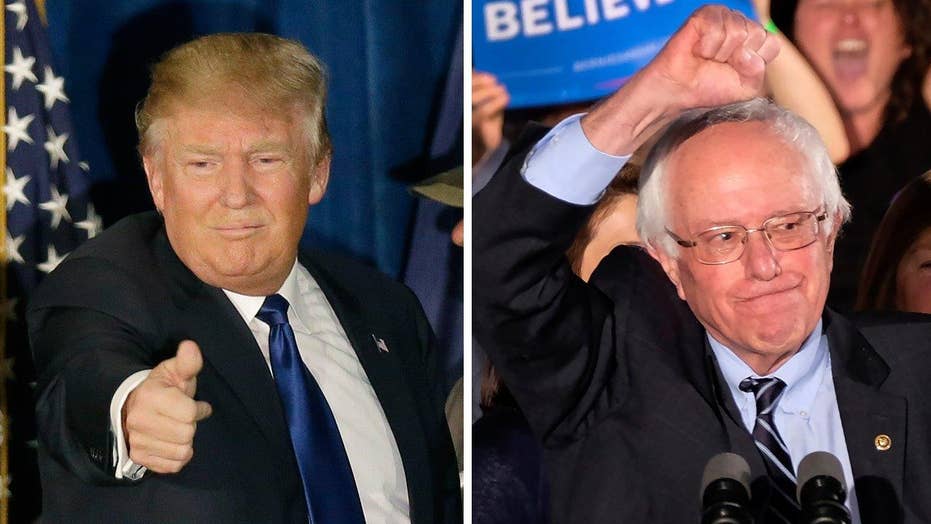 Voter disgust at establishment on display in New Hampshire

New Hampshire is over! After decades of hosting the first in the nation primary New Hampshire, rocked the political world and set in motion an election that is as unpredictable as any in modern times.

Tuesday night, the voters of New Hampshire kicked off what may be the longest and most uncertain election in my five decades of watching and participating in presidential politics.

There was no surprise at the top of the polls with the results, it was only the size of their landslide victories. The liberal winner Senator Bernie Sanders, the Socialist, running for the first time as a Democrat, won overwhelmingly and crushed the alleged inevitable nominee Mrs. Clinton by more than 20 points. Sanders cannot be dismissed and now is a real contender.

As expected, Donald Trump, former Democrat, one time independent, and now Republican, carried the GOP side by two to one and again has to be viewed as the frontrunner.

The amazing thing is that Trump has barely touched his wallet or run a real campaign yet he has managed to crush all comers.

He will certainly run a serious campaign now and the Republican presidential nomination is a real possibility.

As often happens in New Hampshire, many voters, 4 in 10, didn't make up their minds until the last hours.

Late deciders often make the difference in an election and Tuesday night in New Hampshire after they heard and saw it all they did it again.

Granite State voters punished Marco Rubio for his weak debate performance on Saturday and they rewarded  John Kasich for his "one state all or nothing campaign" by voting him into second place.

The governor from the critical battleground state of Ohio, (Republicans can't win without it) is now positioned to be the establishment candidate. His strength is that he probably knows more than anyone in the race about domestic budget policy and military affairs. His weakness is that he needs to really expand his fundraising capacities and political operation. He has nothing going on in South Carolina.

Kasich also will be the target of conservatives who see him as a "RINO" (Republican In Name Only) and simply too liberal.

The greatest danger for any candidate is when momentum catches up to a lack of organization. That’s when failure is a real possibility.

The governor could be a strong general election candidate but he has to first survive the Republican only primaries.

Iowa winner Ted Cruz, while spending little money and being badly outspent by his opponents in New Hampshire, proved again that he is the true conservative and is a long term challenger especially as the race heads south.

Jeb Bush, with his 90-year-old mother in tow, spent a fortune in a state that has a long history with the Bush family but he still could do no better than fourth place. There’s not much of a future left for him.

Rubio is wounded and needs a major state win to get back in the game. Florida, where Trump is leading overwhelmingly, may turn out to be Rubio’s Waterloo. He must win his home state on March 15 – which is a winner take all contest, if he is to go on.

Christie won no delegates Tuesday night and ran seventh. He has no money and needs to throw in the towel and return home to a state that he has been out of for more than 400 days in the last two years.

The same is true for Carly Fiorina and Dr. Ben Carson, who has fallen from the top to the bottom of the pack in record time. It's time to go home.

In the meantime, if I would have predicted a year ago that Sanders and Trump were going to be the winners of the New Hampshire primary, Fox News would have kicked me off the air and I would have been a laughingstock in the pundits club.

Of course I didn't predict it because like all of you I had no idea. And as we move on, I have no idea who is going to win either party's nomination or ultimately the presidency.

I am handicapped by fifty years of knowledge and experience, which is totally irrelevant in this election.

Also get ready for the outrageous promises you’re going to hear from both sides. They will challenge your wildest imagination.

Buckle up your seat belt because this is going to be one hell of a ride!