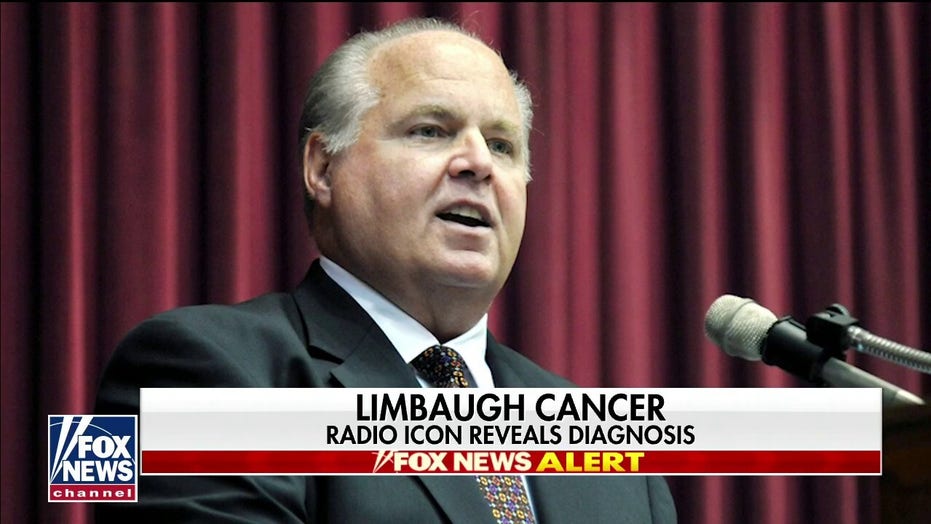 Bret Baier: If anybody can fight through cancer, Rush Limbaugh can

The news of radio icon Rush Limbaugh’s advanced lung cancer diagnosis fell like a hammer blow across conservative circles on Monday. With 27 million daily listeners, the 69-year-old king of political talk radio has grown from a novelty to a national treasure over the course of the past three-plus decades on the airwaves.

If a story is breaking in Washington, there’s nobody better at breaking it down and offering timely, provocative and reliable insight than Rush.

Radio and television personalities hold an oversized place in the hearts of many fans, not just because we tend to gravitate towards people who may share our point of view – but because of the sheer frequency of the times, our paths cross.

Over the course of the past three decades, I’ll hop in my car at lunch and turn on the radio and there he is – expounding on an issue, cracking a joke, making me laugh – putting into words some of the very same thoughts I’ve had but never said out loud.

So, when bad news strikes a public person, we feel it, too, like news from a loved one or a friend of many years – because that’s exactly what they are to so many of us.

Radio is a particularly intimate medium. Those of us in the business know we’re not speaking to millions – we’re talking to one person, and few people have ever done it better than Rush Limbaugh.

So, when bad news strikes a public person, we feel it, too, like news from a loved one or a friend of many years – because that’s exactly what they are to so many of us. 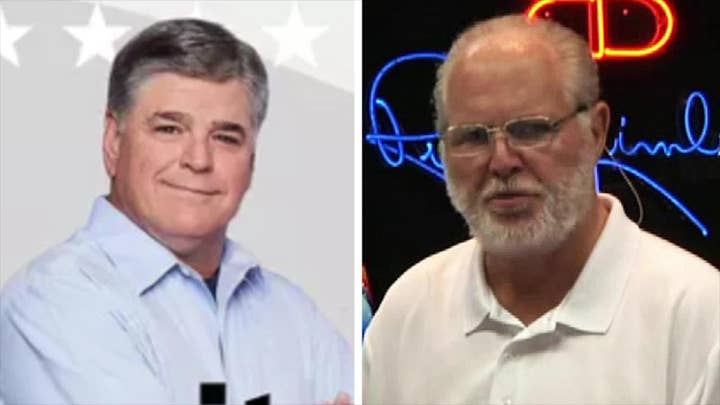 Legends often develop personas removed from reality, but the image the Cape Giradeau native projects in person is very similar to what you hear on the air. I once met Rush Limbaugh at a Washington Redskins game, inside the suite of the team’s coach. He was cordial and friendly, though hampered by his hearing disability.

MARK LEVIN ON RUSH LIMBAUGH: HE'S 'CHANGED THE WORLD' AND 'WE WILL FIGHT WITH HIM' TO BEAT CANCER

My colleague, who once worked at a competing radio station of Rush’s in New York City, once stopped by WABC - “high atop the EIB Tower in Mid-Town Manhattan” to meet the legend.  He couldn’t have been nicer, chatting amiably and even offering the recent college grad career advice.

I think one of the reasons so many hold Rush Limbaugh in such high esteem isn’t just that he’s good at what he does or that he’s interesting. I think it’s because he’s not afraid to share some of his personal struggles with his audience. Sure, he can be bombastic and sometimes pushes the envelope, but he’s been real, especially when detailing personal challenges in his life. 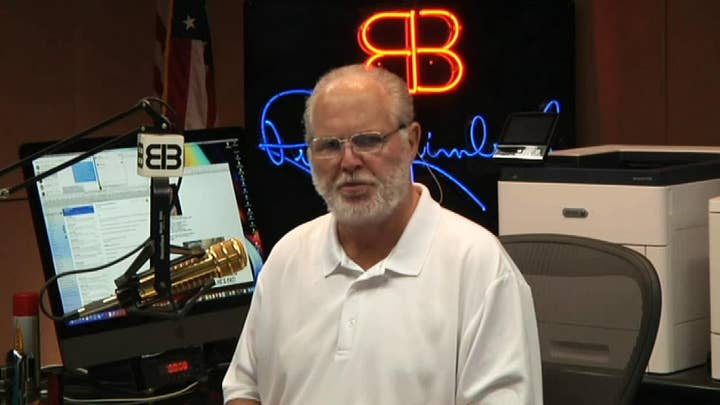 In many ways, he’s lived the classic rags to riches story. Fired multiple times from early radio jobs, Rush once retreated and regrouped to a job with the Kansas City Royals. His salary was so low and his apartment was so small that he used to keep videotapes in his microwave oven.

The radio bug wouldn’t let go of him, though, and he kept reaching and didn’t give up.  He eventually jumped back into the business.  Conservative talk radio would never again be the same.

I doubt that when Rush Limbaugh was a small boy with the big radio dream living in 1950s Missouri that ever imagined himself growing up to talk with tens of millions of people on a daily basis. But here he is, now approaching the end of his seventh decade, and facing one of the greatest challenges of life.

Nearly 2 million Americans are diagnosed with cancer each year and I suspect there’s not a person alive today whose own life hasn’t been impacted by the disease, whether personally or because of a loved one’s diagnosis. So, Rush Limbaugh’s cancer diagnosis is shocking, but many can relate to the very difficult journey this now puts the beloved radio host on.

I look forward to hearing Rush on the airwaves throughout his treatment, but if you’re a person of faith, I hope you’ll join me in praying for him. I hope you’ll also pray for his wife, Kathryn, and their extended family, as they navigate uncharted territory.

Tough medical news always shakes us, reminding us of our own mortality and the fact that neither money, fame nor status insulates us from the slings and arrows of life on earth.