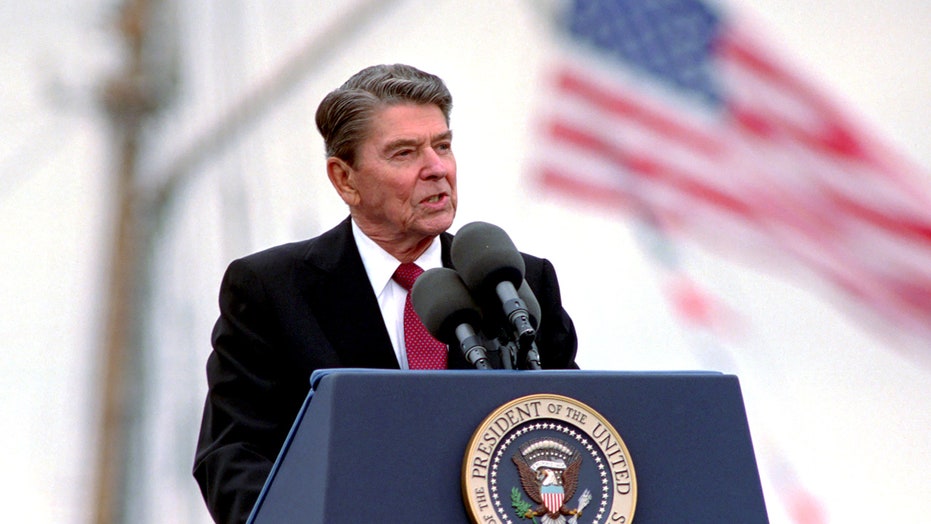 The life and near death of Ronald Reagan

Recently I had the opportunity to do a book signing at Mount Rushmore in South Dakota.  A bucket list trip for someone like me who loves history and presidents!  As I sat at a table with my book, "The President Will See You Now", in front of me with President Reagan's face smiling up at me from the cover, and four other presidential faces masterfully carved in a stone mountain peering over me from behind, I marveled at the blessing of being there and of being able to share my story with others in that historic and iconic location.  In the shadow of those who had gone before us, I was able to share my story of a man who had also walked in those presidential shoes more recently, and has now left his own footprints for others to follow.  So what are those imprints and in what direction do they lead?

Although Ronald Reagan was not among the Founding Fathers of our great nation, he was and still is, in many ways, the Founding Father of the modern Republican party and conservative movement.  He has left a pathway forward for all of us though - regardless of party.  And his imprint is not left just in politics and policy, but in character and kindness and integrity and in belief in ourselves.  Today many of us applaud the accomplishments of Ronald Reagan as president, yet I know what he was most proud of was not his own accomplishment, but that while he was president the American people accomplished great things together.  We dreamed, we built, we expanded, we achieved and we found renewed pride in ourselves and in our great nation along the way.

On Father's Day as we think of our earthly fathers, as well as those men who have molded and shaped and encouraged us along the way both individually and as a nation.  May we not only celebrate what they have done and accomplished, but applaud the legacy of inspiration they have left behind them.

A legacy is not something that is created when you're gone, a legacy is created with every day you live your life and in how you interact with and inspire others.  Live your life as if your legacy depends on it - because it does.  And be grateful for your father, or others, who have left footprints behind them to show you the way.  Or maybe, instead of following in their exact footsteps, they have steered you to a trailhead which will lead you successfully down a path of your own.

I am grateful to Ronald Reagan for being a father figure and guiding me personally down his inspiring path of leadership and for living a life of impact.  And I also celebrate the legacy that my own father left for me to embrace and carry forward in spite of the all-too numerous years that have separated us since his passing.  Fondness never fades - both for those who are our earthly fathers, and those who are figuratively father figures.  What a blessing to have both.