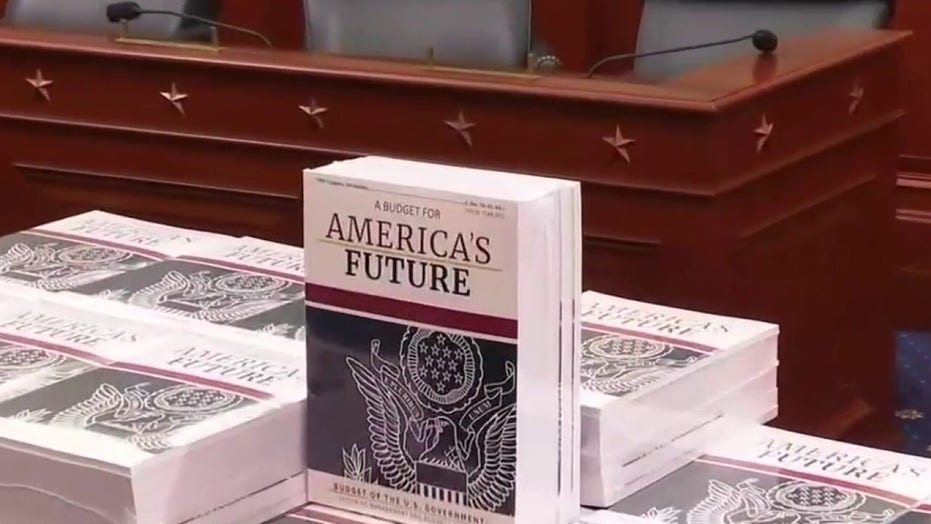 Budget a hard sell among Democrats; Mike Emanuel has the details.

Suppose that eight years ago, you hired a financial manager to help manage a specific fund that helps provide certain services for your family.

The manager knows how much is in the fund and how much revenue you want to add to it. Now suppose that this year, after ecstatically crowing about how many wonderful things he has done for you with the fund, including things you never expected nor wanted, he finally admits that you are $41,479 in debt.

Welcome to the federal government.

At $23 trillion, our national debt now exceeds our annual GDP and is more than six times our yearly revenue. The debt is increasing at an astonishing $100 million per hour.

It almost doubled during eight years of the Obama administration.

My, how we've grown! Pats on the back, everybody!

Since coming to Congress, I have watched bill after bill pass with no regard or concern for the price tag. At a time when unemployment is at an all-time low and wages are rising, we must put an end to Washington's reckless spending before our booming economy becomes a bust.

Many in Congress seem to think the best plan is to leave it to our children and grandchildren. Those on the left seem to believe, as absurd as it sounds, that we can spend our way out of debt. Both are wrong.

One of our most significant responsibilities as members of Congress is to authorize spending for the federal government. The typical American family produces some modicum of a family budget for the year. Congress, to which the Constitution gives the power of the purse, should be no different.

Since House Speaker Nancy Pelosi announced her impeachment inquiry in September, our national debt has risen more than $500 billion, and we still have no budget resolution. During my first year in Congress, Democrats were so focused on impeaching President Trump that they failed to fund the government through regular order. Instead, they kicked the can down the road and waited until we were faced with another government shutdown. To govern this way is unacceptable.

In fact, it's irrational.

Now there is a path forward. The Trump administration has released its budget proposal for fiscal year 2021. I was thrilled to see that it included $4.6 trillion in deficit savings over 10 years and puts the federal government on a path to a balanced budget by 2035.

The budget also cuts wasteful government spending, reduces duplication and eliminates federally funded projects that do not produce positive results. The budget includes spending reductions while ensuring that our servicemen and women have what they need to keep our nation safe at home and abroad. And it provides resources to continue the administration's efforts to secure the southern border and keep our Texas communities safe.

I applaud the president for including more spending reductions than any previous administration and coming through on his promise to tackle the national debt.

It's a long road ahead and will take significant courage and effort from people on both sides of the aisle. A balanced budget is not unattainable, and the president's budget puts us on the right track. It's time for Congress to get its financial house in order.

Ron Wright represents Texas as a Republican in the United States House of Representatives.