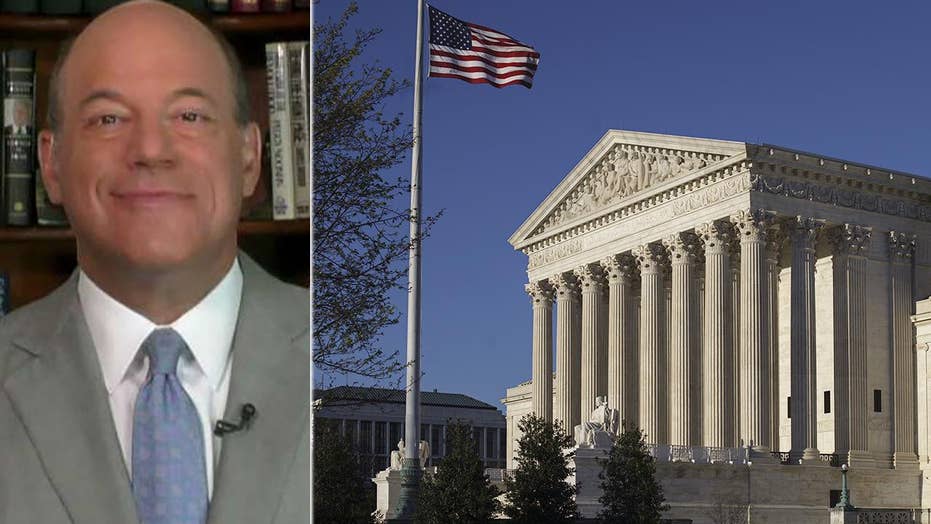 You may not recognize it in the midst of the current chaos in Washington, but Thursday is the National Day of Civility. When I joined other members of the House of Representatives to file a bipartisan resolution last summer to make this annual designation, our aim was to bring attention to the alarming decline in America’s public discourse and the urgent need to reverse that trend.

Unfortunately, the problem seems only to be getting worse.

While our country has always wrestled with controversial political questions, there is a sense right now that we are on a dangerous trajectory. Heated disagreements over a Supreme Court nomination, immigration policy, foreign relations, the Russia probe by Special Counsel Robert Mueller and so many other hot-button issues are nearing a boiling point. The unrest is palpable.

According to recent polls, more and more people are concerned that our divisions are tearing our country apart. A report on Civility in America – produced by Weber Shandwick, Powell Tate and KRC Research – highlights the crisis.

Though we remain the freest, most powerful and most prosperous nation in all the world, this increasing polarization and coarsening of our culture is a legitimate threat to our republic.

More than eight out of 10 Americans have personally experienced incivility in various settings. The survey found that “the frequency of uncivil encounters has risen dramatically since 2016.”

Though we remain the freest, most powerful and most prosperous nation in all the world, this increasing polarization and coarsening of our culture is a legitimate threat to our republic.

Our communities are becoming more divided. The vitriol in our politics has led to a loss of trust in our institutions and even violent attacks upon elected officials. And a cesspool of hateful rhetoric and vile social media has contributed to the rise in depression and even suicide among young people.

This is a downward spiral that must be stopped. Thankfully, hope remains that we can do just that.

In spite of the challenges, the Civility in America survey also found that a large majority of Americans (71 percent) still believe we can reverse this trend if and when more people commit to the effort.

Surprising as it may be, a growing number of lawmakers in Congress has determined to lead on this.

Nearly 150 members – including top leaders and luminaries from both sides of the aisle – have signed on to a document titled the Commitment to Civility.

This statement of principles summarizes the crisis we are facing and memorializes our individual promises to, among other things, “show proper respect to one another and all others, encourage productive dialogue, and model civility in our public and private actions.”

The individuals who have signed this commitment understand that even when we vehemently disagree on matters of law and policy, we have a responsibility to maintain collegiality and the honor of our office.

We believe that a leader can be cooperative and conciliatory without compromising his or her core principles. And we believe that fostering a spirit of mutual understanding will help make government work more efficiently and effectively, help build national pride and restore the public trust, reduce tension and conflict, and ultimately serve as a positive influence on the next generation of Americans.

Since we began this effort in Congress, we have been encouraged to see many state and local governmental bodies take up the idea and adopt their own civility commitments. The dialogue is being advanced. Movements can begin this way.

All of us need to remember, a government of, by, and for the people depends upon healthy debate and a civil exchange of ideas. We can’t maintain our republic and this grand experiment in self-governance without it.

Our system presupposes that people of good faith, with a wide range of individual views across the political spectrum, will come together to forge a workable consensus in the pressing matters of the day. If the various factions determine instead to simply attack one another or withdraw to their disparate corners and refuse to cooperate in any meaningful way, the system inevitably breaks down.

Psychologists lament the “social contagion” associated with incivility. As psychiatry Professor Dr. Thomas Plante wrote in Psychology Today, “if uncivil behavior occurs and is not confronted by corrective feedback or consequences, it tends to be more readily repeated and spreads to others. Additionally, observational learning theory suggests that when leaders and those held in high esteem in our culture behave in uncivil ways their behavior is modeled and repeated by others.”

There is a reason we chose this date – July 12 – to designate as the National Day of Civility. It corresponds with Matthew 7:12 and the biblical admonition to follow “the Golden Rule.” I believe most Americans still aspire to that timeless ideal to treat others as we want to be treated, and to show respect and compassion to all.

The 19th century French diplomat and historian Alexis de Tocqueville is credited with the famous observation that “America is great because she is good, and if she ever ceases to be good, she will cease to be great.”

Even through all the imperfections, mistakes and disagreements of our past, our aspiration to be good and do good has been the enduring quality that made us the most exceptional nation in the history of the world. We must do all we can to preserve this now.

It is not too late to return to statesmanship, decency and civility – but it will take all of us to advance the cause. The National Day of Civility is a perfect day to start.