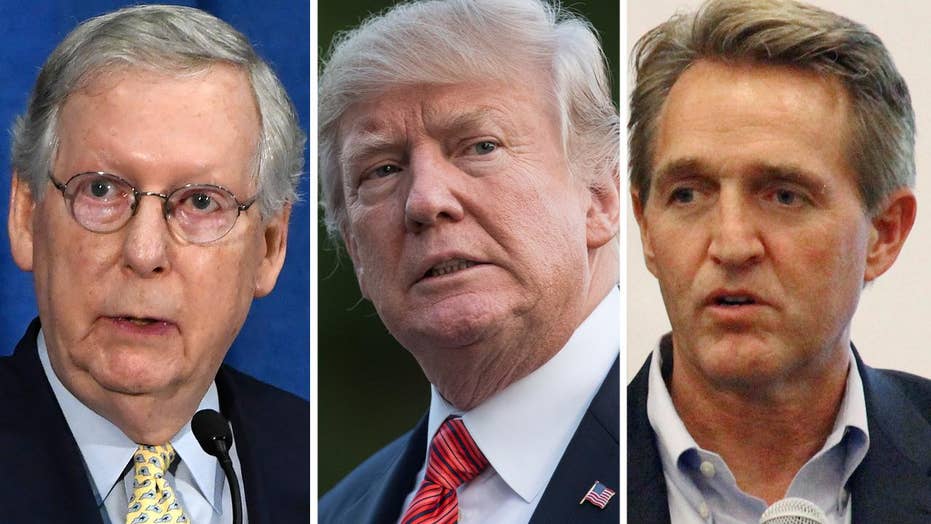 Republicans have not convinced many everyday Americans of the rightness of our cause. So we need to do something different to get our message directly to the American people and explain how the policies we advocate will benefit them.

To succeed, it’s time for Republicans to take the initiative and go on the offensive. We need to seize opportunities, streamline the legislative process, become less risk-adverse and not rely on the media to fairly deliver our message.

Republicans also need to define issues, employ better arguments and make the Democrats pay a price for their unpopular positions. And we need to be as disciplined in governing as Democrats are in opposing.

Democrats attack. Republicans explain. Instead, Republicans should show the positive impact of our plans on the lives of individuals. And we should use charts, graphics, photos, social media and all the other tools of modern communication.

Republicans are too defensive. Democrats are like predators that instinctively pursue their prey as soon as they see their backsides. Republicans should confront our opponents, not head for the tall grass.

Republicans shy away from sensitive issues, such as immigration, even when our solutions are popular. For example, few issues garner 70 to 80 percent of the public’s support. But a program called E-verify does. It protects jobs for American workers rather than letting illegal immigrants take them.

Other issues involving education, law enforcement, family and individual freedom are winners as well. Republicans should be as hungry for victories now as we were when Democrats controlled Congress.

Some congressional gridlock could be reduced by Republicans ourselves.

The House spends months on spending bills that will seldom become law and are not particularly liked by conservatives.

The Senate allows Democrats to block consideration of hundreds of bills with a filibuster rule that dates back only to 1975, and which could be repealed easily.

Republicans also could benefit by thinking of ourselves as bakers. We should realize that a half-loaf, or even a slice, is better than no bread at all. The legislator who refuses to change a word of a bill will never enact a meaningful law. There is rarely a touchdown pass in Congress; usually it’s just grinding out first-downs.

There is a tendency, too, for Republicans to vote no: members of our party want time to look before they leap.

But it’s wrong to compare what we are voting on with perfection, rather than with the Democrats’ liberal alternative. By only voting for perfect bills, we will pass very little legislation. And Republicans will then be considered part of the problem, not part of the answer to problems facing our nation and our people. That spells electoral disaster.

Often Republicans let Democrats determine the terms of debate. Some of the nicer words Democrats use to describe Republicans are “vile,” “heartless” and “killers.”

Republicans reciprocate by adopting the Democrats’ own language. For instance, they agree to call the media “mainstream” and Democrats “progressive” rather than the more pejorative term, “liberal.”

Suppose Republicans took the initiative, defined issues, expedited the legislative process and became a united team. Would that guarantee success? It might help but, no, it wouldn’t turn the tide.

Until Republicans acknowledge the elephant in the room – the need to combat pervasive and relentless liberal media bias – our agenda will languish.

As a result, we will not be able to deliver our message because the media primarily give only one side of the story – the other side. Americans simply won’t hear what Republicans are saying. Or, if they do, our work will assuredly be presented in a negative way.

For Republicans, the media is like having another self-funded liberal Democratic opponent.

George Mason University Professor Tim Groseclose quantified the media’s bias and found that it was worth 5 percent of the vote. His calculation has never been refuted.

So without a biased media, we would have had a President McCain, a President Romney, a President Trump landslide, and many more Republicans in Congress today.

The media’s intent is to intimidate, silence and put Republicans on the defensive. It’s working. And Republicans are willing accomplices to the media’s manipulation.

The threshold question is: Why do Republicans let the media tell us what to think? Why read liberal columnists? Why watch the liberal news? Ignore them!

Republicans take the bait. We swallow it hook, line and sinker. When a reporter calls and asks Republicans to comment on the president, legislation, or the Republican Party, many eagerly comply.

The result is inevitably an unwarranted and critical story about the divided GOP, our weak leaders or our flawed bills.

Why Republicans respond at all – much less answer hypothetical and leading questions – is beyond understanding. It enables the media to influence GOP strategy and policy.

As for President Trump, the Republican Party’s fortunes largely rise or fall with him. If the economy grows, if jobs are created, if the borders are secured, if taxes are lowered, Republicans will benefit. But these achievements won’t occur if the president is besieged by his own party and the media.

The president has called the media “the opposition.” He has a point. He has received the highest percentage of negative coverage of any recent president.

Two-thirds of Americans now think the media are hurting the country! And the media’s credibility is at a record low. Much of what the media report is exaggerated, biased or slanted, if not malicious.

The Democratic Party’s enablers spend millions of a dollars on “war rooms” that provide members of the media with tainted information they readily disgorge to savage Republicans.

What are Republicans going to do in response? For starters, we should cite examples of media bias in speeches, and in letters to editors and producers. We should form organizations that will educate the public about the facts and dangers of media bias.

And we should flood social media with counterpoints to the liberal media and Democrats – the “mediacrats.”

For our country’s sake, let’s hope and pray that Republicans will succeed in being able to accurately present our ideas to the American people.