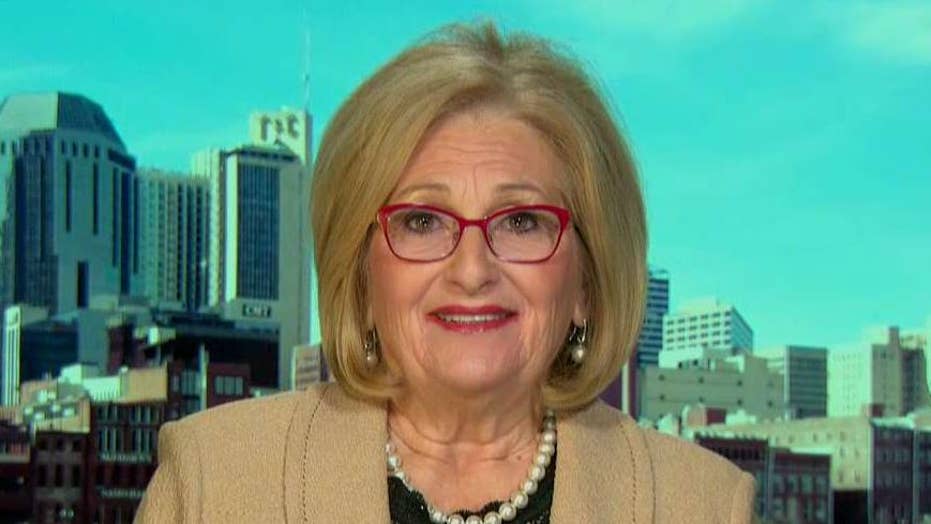 What a difference a year makes. Twelve months ago, the country was ending one of the most fiscally irresponsible presidencies of the modern age. Now we’re wrapping up a year of bold fiscal leadership from President Trump and conservatives in the U.S. House of Representatives.

I became chairman of the House Budget Committee one year ago and have been proud to serve in that role along with our new president. He has pushed an agenda of action – responsible budgeting, repealing ObamaCare’s worst mandates, and aggressive tax-cutting to get our economy going. This has been exactly the kind of work I came to Congress to do and we have done it.

But my heart has always been at home. This why today I’m announcing that I will now step down as chairman of the House Budget Committee, while continuing to serve in Congress, to devote more attention to my next challenge: seeking the governorship of Tennessee.

When I was elected to Congress in 2010, I had three main goals: repeal ObamaCare, reform the tax code and start attacking the growing federal debt and deficits. In just one year, the Budget Committee has taken significant steps to achieve all of these goals.

Last spring, I sponsored the American Health Care Act (ACHA), to repeal and replace ObamaCare. Our bill would have brought down health-care costs by putting patients and doctors – not the federal government – in charge of health-care decisions.

While the House of Representatives passed the AHCA, the Senate let us all down.

Since the Senate’s initial failure, we successfully repealed ObamaCare’s individual mandate in our tax reform bill, to reduce this burden on middle-class Americans. This provision is the foundation of ObamaCare’s entire flawed scheme. With its repeal, the rest of the law will now be much simpler to dismantle. The House is ready to do just that, so let’s hope Republicans in the Senate muster the nerve to join us.

Following passage of the American Health Care Act, my committee went about doing the hard work of writing the 2018 federal budget. We recognized that Republicans controlled both houses of Congress and the White House and we were determined to use this trust from the voters to put our beliefs into law.

Some in my own party counseled that we skip the hard work of budgeting and merely pass a meaningless legislative placeholder, but I refused and insisted that our Budget Committee show real leadership.

Our budget was the most conservative budget in the last 20 years. Our resolution balanced the budget in 10 years, by cutting more than $6 trillion in federal spending. We committed to rebuilding our military, decimated under President Obama, by increasing defense spending by $70 billion to get our mission done and our military men and women back home safely.

We paved the way for historic tax cuts for the American people. And we led the House to endorse the largest cut to mandatory spending programs, which make up about two-thirds of all federal spending, in the last 20 years.

It is now up to the U.S. Senate and future Congresses to follow our lead on mandatory spending. If we don’t address mandatory spending programs, our country is headed for a sovereign debt crisis – and believe me, this crisis is closer than most will admit.

The budget produced by my committee launched us toward tax relief. When we began writing the Tax Cuts and Jobs Act, we focused our attention on the middle class. This focus was particularly important to me – I was once a single mom with three children. I worked the night shift as a nurse so I could be home during the day and take care of my kids, and every dollar was important.

I always felt the pressure of stretching my paycheck to the end of the month. A little bit more money in my paycheck every month would have gone a long way. People whose lives are stretched like that drove my actions in this tax cut debate.

Our law cuts taxes for the middle class, giving an average family about $1,400 back. On top of that, we cut taxes for job creators, which will help them hire more workers, raise wages, and invest in research and technology. We’re already seeing results, with companies like AT&T, Boeing and Comcast announcing that they will raise wages, give employee bonuses and invest in job creation.

None of these achievements would have been possible this year without the hard work of the Budget Committee, particularly the 21 Republican members I have led.

Great challenges compel bold choices. I have pushed Congress to make those choices and now I hope to lead my state in the same manner. There is no time to waste.

Republican Diane Black represents Tennessee's 6th Congressional District. She is a member of the Budget Committee.