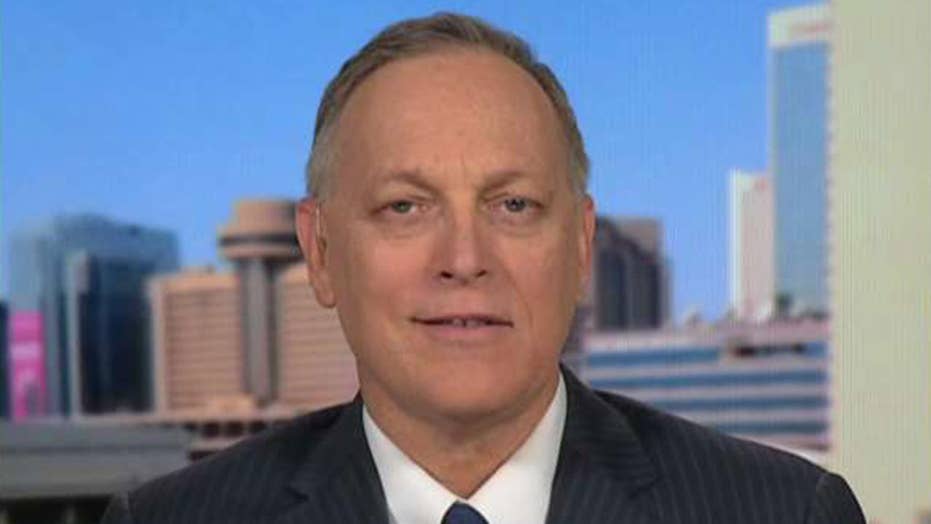 Rep. Biggs says Speaker Pelosi knows there will be fallout if impeachment looks like a kangaroo court

Rep. Adam Schiff, House Speaker Nancy Pelosi and the leftists who are attacking President Trump – and by extension everyone who voted for and supports him – have managed to sink to a new low. On the scale of credibility, they are a minus-10. If they yelled fire, you would stay seated.

These Democrats are so relentlessly unfair that the Trump administration has absolutely no incentive to cooperate with them.

Schiff, D-Calif., is holding his impeachment witch hunt behind closed doors. He has dissembled about whether he or his staff met with the whistleblower leaker before an official complaint was filed. He is not following the rules of the House. He has excluded some members of the House from sitting in on the proceedings, and he now has said that the whistleblower will not be called to testify.

Schiff excuses his misconduct, claiming Republicans will attempt to manipulate the narrative if his impeachment inquiry hearings were public.

That’s lame and disingenuous. If the hearings are public, the whole world can watch and determine what and whom they believe. Everyone can construct a narrative to lead the public in one direction or another, but those watching an open hearing can decide what they believe to be the truth.

Schiff’s secrecy allows him to conjure up the story he wants to tell the media with little accountability. Isn’t that the more likely reason Schiff doesn’t want the public to know what’s going on in the hearings?

Further, by classifying information in the hearings, we will only hear what was said as conveyed by leakers. That is antithetical to the American system of due process.

In what universe does anyone think Schiff can be an honest and true arbiter? Only down the rabbit hole and into the world of a Democratic dreamland. In that upside-down world, an obsession to impeach President Trump turns a reckless series of hearings that operate outside House precedents and standard House rules into a “formal impeachment inquiry” on the simple declaration of Speaker Pelosi.

If the Democrats have any sense of shame, they will hold a formal vote on whether to pursue an impeachment investigation. They will remove the dissembling Schiff from leading this impeachment scam. And they will follow the pattern of the House by allowing Republicans to participate by subpoenaing witnesses and cross-examining Schiff’s witnesses.

Attorneys representing President Trump should also be allowed to ask questions and introduce evidence. And there should be open and transparent hearings.

For now, though, Democrats are happy enough to hide what they are doing. And the leftists in the media are equally happy to join in the attack on President Trump.

Until the Democrats correct their ways, my advice to the Trump administration is to stay away from Schiff’s Star Chamber.