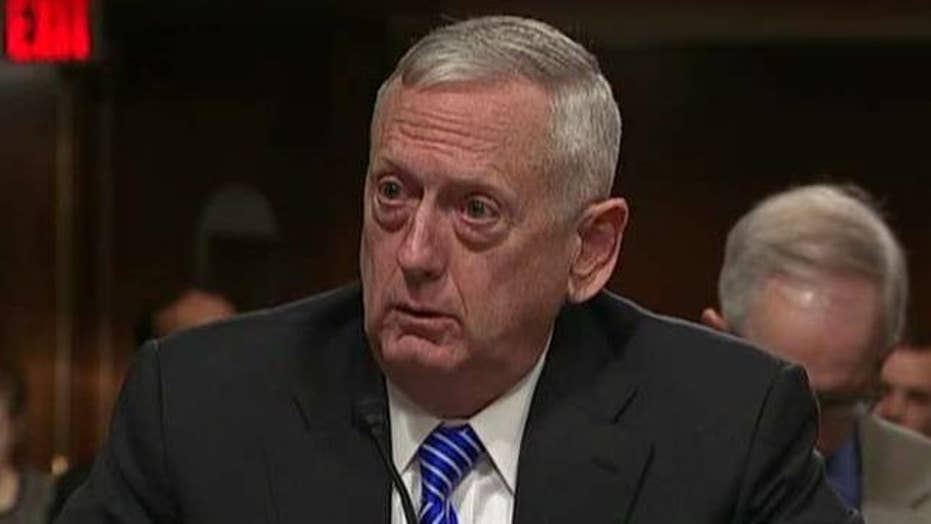 Peters: Why Mattis would be a great secretary of defense

I’m lucky enough to know General James Mattis slightly. Just well enough to trust him unreservedly with our military and our nation’s security.

The president-elect could not choose a better man to be our next Secretary of Defense. Not just because Mattis is a battle-hardened Marine with a remarkable combat record. And not just because he has a mind of remarkable clarity and is, without question, the best-read general of his generation.

I trust Jim Mattis because he’s a man of character, that most un-Washingtonian quality. His public image is of one rough-and-tough Marine, but the man I’ve encountered is, above all, one of integrity. His code of honor is so out of fashion that one has to reach back to a Victorian vocabulary:  He has a noble spirit.

And he’s a genuine patriot, not a shouter with his eye on the next chance. He will do what’s right, not what’s expedient.  And he will never go along with anything he believes might harm our country.

In addition to plenty of dirty-boots experience in the Middle East and a deep knowledge of history—that most underrated study—Jim Mattis has another great qualification to be SecDef: He wasn’t looking for a job. He was happy in retirement, studying, helping his fellow Marines, and contributing thoughtfully to our national security behind the scenes.

The last time I heard from him—a bit before the election—he mentioned, not for the first time, that he was glad to be west of the Rockies. A Washington, D.C. post was not part of the plan; rather, he thought of farming in rural Washington State.

This matters. In an age of sycophants and clawing ambition, it’s a splendid prospect to have a classic patriot who’s willing to sacrifice to serve (as Jim Mattis already has for four decades in uniform).

Our most underrated president of the last century, Dwight D. “Ike” Eisenhower, didn’t want anyone in his cabinet who actively sought the position. He wanted successful men from various walks of life who would have to leave successful careers and contented lives to come to Washington and run a department ethically (an earlier version of “draining the swamp”).

For General Mattis, the position of Secretary of Defense wouldn’t be just another inside-the-Beltway badge to add to his resume. The greatest danger would be that he would prove too honest for D.C.

Yet another quality Mattis would bring to the office—a vital one—is that he’s a superb listener (yet another rare quality in Washington). He’s not quick to speak, but when he finally does have his say, his words show command of the subject under discussion. And he uses words with the same economy as a rifleman uses bullets: no wasted rounds.

As a member of the Hoover Institution’s Military History Working Group, he’d listen to the rest of us blather on for hours before saying a word. Then he would succinctly, politely and irrefutably explain why we had no idea what we were talking about.

What would the nation get with General James Mattis as Secretary of Defense? Integrity. Deep knowledge. Courage, both moral and physical. Humility. Decency. Vision. A steely sense of duty. Fiscal responsibility. A natural leader of men.

Inevitably, we’ve heard plaints from the left about the “danger” of generals in high government positions, with the suggestion that they’ll take us into wars. But it hasn’t been the generals who’ve gotten us into our recent conflicts or who have failed to resolve them. For the last sixteen years, we’ve seen civilians with no military experience launch ill-considered wars and impulsive interventions without considering the second- and third-order effects. Generals, by contrast, are reluctant to send our troops to war—they know the complexity and the cost.

General Mattis has a long list of military accomplishments, but I suspect that one of the experiences that cut deepest came in 2004, in Fallujah. After a week of brutal, successful combat his Marines stood within forty-eight hours of a clear-cut victory over a terrorist army. And the Bush administration lost its collective nerve, calling a halt just short of the finish line. I watched the tragedy unfold from northern Iraq, where I was a guest of the Kurds. And we all said the same thing to each other:  “We’ll have to go back and finish this.” And we did have to go back, in less than a year.

Having seen his Marines die, only to be denied victory at the eleventh hour because the global media was howling, must have been terribly painful for General Mattis. One of the many reasons he’s so widely respected in military circles—not just by Marines—is that he understands that, contrary to academic pronunciamentos, victory is not only possible, but essential.

Jim Mattis not only fights the good fight—he fights to win. With him as our next Secretary of Defense, the United States of America would win.