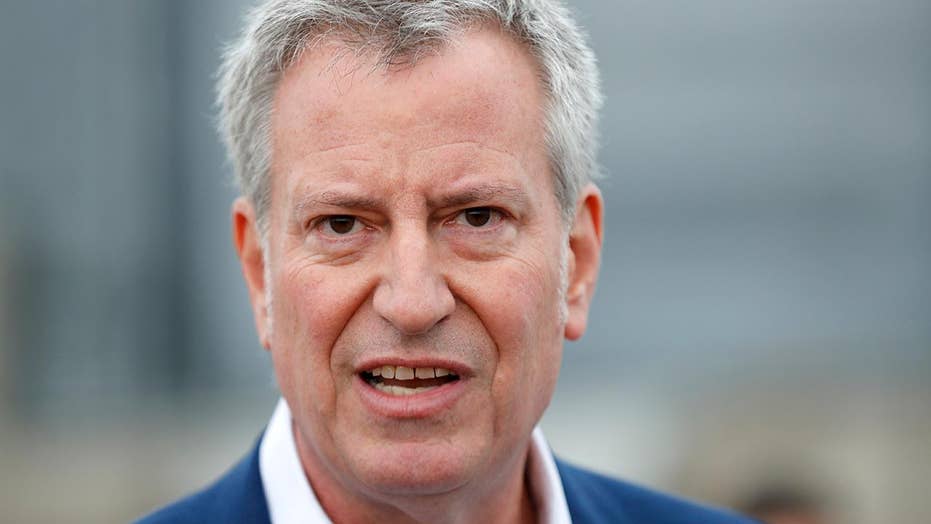 Almost no one wanted him to do it, but nevertheless, last week New York City Mayor Bill de Blasio announced his decision to run for president. The latest of almost 30 candidates to enter the 2020 race, de Blasio hopes to run on his supposed progressive accomplishments and apparent desire to “put working people first.” But de Blasio’s true legacy is seizing buildings, robbing workers of their jobs, and imposing crushing regulations that have crippled New York City’s economy.

Desperate to be seen as a visionary progressive, de Blasio has spent his time in office issuing a slew of mandates that teeter on demagoguery. Earlier this month, he announced his own version of the “Green New Deal,” the Climate Mobilization Act, that aims to ban the glass and steel skyscrapers, which he says “have no place in our city or on our earth anymore” due to their supposedly harmful rates of carbon emissions.

That’s going to hurt New Yorkers’ pocketbooks. The New York Post reports that landlords and homeowners unable to retrofit buildings by 2024 will face hefty fines, and certain buildings will be forced to cover roofs with wind turbines, plants, solar panels, or a combination of all three. The  New York Times estimates that meeting de Blasio’s demands under this single act will cost nearly $4 billion, excluding the fines that will be levied on homeowners unable to meet the city’s timeline. This is yet another burden to home ownership in one of the most expensive cities in the United States. These policies aren’t reflective of a leader who champions social mobility and the working class, and certainly not what we want coming from the White House. 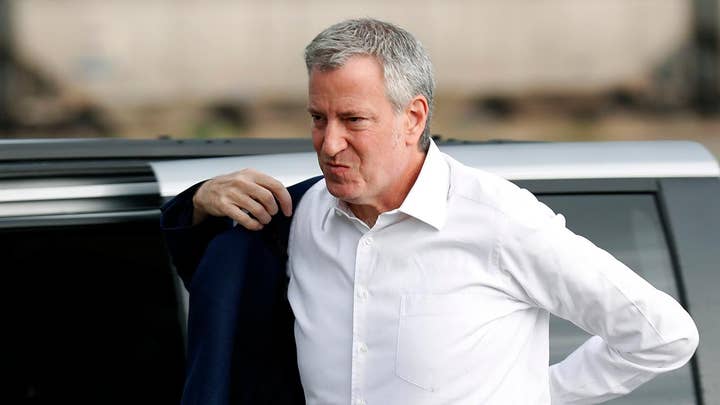 The Climate Mobilization Act is just one of the reasons that the majority of New Yorkers think de Blasio shouldn’t run for president. A recent poll by Quinnipiac found that 76 percent of New Yorkers are against a presidential run, and his announcement was met with protests by disgruntled laborers, city residents, and business owners who feel that his policies have left them significantly worse off.

After all, under de Blasio’s mandatory minimum wage increase, the number of restaurant jobs in NYC has declined for the first time in a decade. Proposals for a mandatory composting program have fallen flat, and his mandatory paid vacation initiative has increased the strain on small business owners who cannot keep up with ever-increasing regulations.

So, the idea of de Blasio positioning himself as a proponent of fairness and equality is laughable — especially coming from a man who has been widely criticized for traveling exclusively by SUV or helicopter while promoting “bike to work” days. Oh, and he has ousted the homeless from subway cars when he does use public transit, and has faced multiple reports of napping on the job, spending his working hours lounging on an office couch while claiming to empathize with the working poor.

It’s no surprise de Blasio has a dismal approval rating among New Yorkers, and his preliminary speaking engagements in states like New Hampshire and South Carolina have fallen flat. The mayor’s passion for progressive policy and promotion of eco-friendly initiatives have proven to be hypocritical at best, and there are more stories of individuals harmed by his policies than helped. Given this and the already-crowded stage of democratic presidential hopefuls, why run at all?

Despite the fact that he’s a terror to work with, and according to New York Magazine unwilling to listen to advisors, pollsters, or even his own wife, de Blasio somehow still believes that he is God’s gift to progressive politics. Motivated by a dangerous combination of ego and delusions of grandeur, de Blasio’s pure blind ambition has always been at the root of his policymaking and decisions as a legislator. Constantly chasing selfish goals, de Blasio’s actions spring from a desire for notoriety. Notably, none of his goals focus on the actual people they’re affecting.

Since first being elected as mayor in 2013, de Blasio has proven himself to be an enemy of business owners, landlords, architects, and the workers he claims to help. Surrounded by astronomical rent increases, empty promises of job creation, and a failing school system, it is easy to see that, far from the accomplished leader he claims to be, de Blasio is merely a shortsighted and power-hungry politician whose presidential bid is nothing but a desperate plea for national attention.

Rachel Tripp is a political commentator for Young Voices, campaign consultant, and a former resident of New York City. Now a Republican strategist living in Washington, D.C., Rachel has served in the offices of U.S. Senator Scott Brown, and as campaign Communications Director for MA Representative Geoff Diehl.