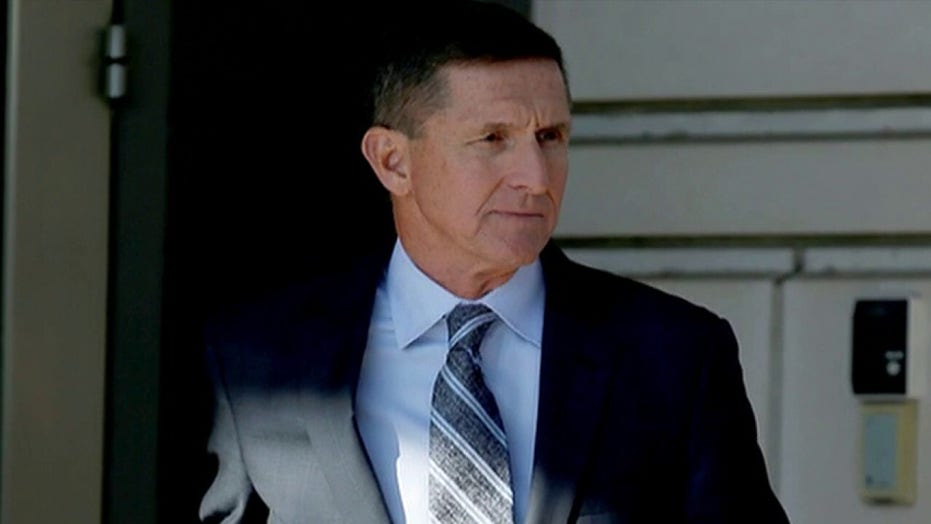 John Gleeson, the attorney and retired federal judge who was appointed by U.S. District Judge Emmet Sullivan to argue that federal prosecutors should not be permitted to dismiss their case against former National Security Adviser Michael Flynn, is using a sledgehammer to pound paper.

On Wednesday, Gleeson filed a 72-page brief (an oxymoron, to be sure) that was stunningly feeble on both facts and law. To compensate for his anemic arguments, he tortures the reader with overwrought blather that bears little relevance to the main issue at hand.

Perhaps Gleeson was hoping the court would simply weigh his submission on a scale and award him the prize for mindless verbosity.

I don’t recommend reading the document. A root canal sans Novocain would be less painful. But the core of Gleeson’s argument can be found on Page 26, where he asserts – without a shred of credible evidence – that “prosecutors have offered pretextual reasons for dismissal,” and “there is clear evidence of gross prosecutorial abuse.”

Gleeson’s inane reasoning is that President Trump has tweeted about the Flynn case, so there must be corruption afoot. Gleeson offers no real proof, of course. But he offers enough innuendo and supposition to fill a dumpster.

Gleeson contends that the “decision to dismiss is based solely on the fact that Flynn is a political ally of Trump” (Page 38). In other words, guilt by association should be good enough to send Flynn to the hoosegow.

Conveniently, Gleeson glosses over the real reasons the Justice Department decided to end the Flynn case: that special counsel prosecutors engaged in egregious misconduct by hiding exculpatory evidence of Flynn’s innocence and that the government “no longer believes it could secure a conviction at trial.”

I don’t recommend reading the document. A root canal sans Novocain would be less painful.

Flynn has pleaded guilty to lying during an FBI interview about his contacts with Russia’s ambassador to the U.S. However, he recently sought to withdraw the plea and said he is innocent.

The Justice Department asked Judge Sullivan to drop the case against Flynn after the department conducted a comprehensive review and determined that the charges against the retired Army lieutenant general were without legal merit and should never have been brought in the first place.

Gleeson couldn’t care less. Never mind that the FBI had no legitimate basis to even interview Flynn, but snookered him into a conversation under false pretenses. Forget the fact that the two FBI agents who met with him determined that he was not lying at all and was not an agent of Russia. Those reasons more than justified a dismissal of the case.

There was no basis to believe Flynn committed a crime. Yet, Gleeson repudiates all these facts by cavalierly labeling them “preposterous.”

Much of Gleeson’s 72-page screed is an unconscionable smear of Flynn over his decision to capitulate to a coerced guilty plea. Naturally, the ex-judge ignores how unscrupulous members of Special Counsel Robert Mueller’s team of hyper-partisans threatened to prosecute Flynn’s son under an inflated interpretation of the Foreign Agents Registration Act.

Gleeson calls these “scattershot allegations,” even though the threats that animated the forced plea were deliberately concealed from the trial court.

But Gleeson doesn’t stop there. In addition to declaring that “Flynn’s guilt is plain” (who needs a jury trial?), he argues that the retired three-star general clearly committed perjury by attempting to withdraw his original guilty plea. Gleeson seems oblivious to the established doctrine that a coerced confession is no confession at all. And neither is an involuntary plea.

To Gleeson, following the rule of law is “empty formalism and bureaucratese” (Page 43). The FBI’s nefarious design to get Flynn to lie so he could be prosecuted or fired is not a “cognizable defense,” Gleeson claims.

Since when is evidence that a defendant was set-up and framed by the government not a defense? It is truly frightening that Gleeson once served as a federal prosecutor and, later a judge.

Gleeson is nothing if not a hypocrite. When he was on the bench he issued a memo and order stating that “the government has near-absolute power to extinguish a case that it has brought.”  Citing well-established case law, the then-judge maintained that “it is entirely clear that the refusal to prosecute cannot be the subject of judicial review.”

Now Gleeson is arguing against himself. No surprise there.

Neither the facts nor the law are on Gleeson’s side – and he surely knows it. So, like a lawyer with a losing case, he has resorted to pounding the table. No one should pay attention to his contrived noise.