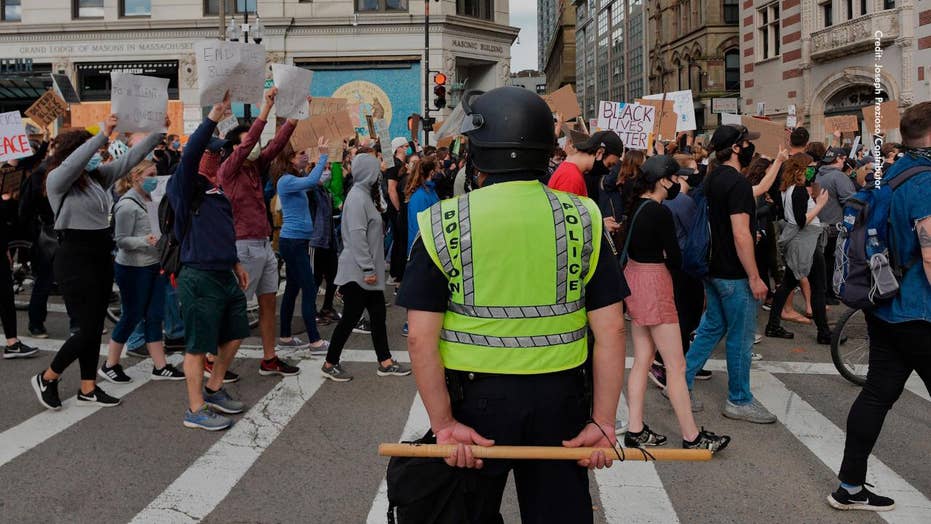 Here’s a laugh: Washington intends to tell New York how to do policing.

The federal government has one premier law-enforcement agency, the FBI, and a sprawl of more specialized police forces — DEA, ATF, IRS’s criminal-investigation division, etc. These bureaucracies are dwarfed in size and scope by big-city municipal police departments, such as the NYPD. They are also, to be blunt about it, reeling at the moment because they don’t do their jobs very well: long on politicized arm-twisting, short on due process.

The FISA court recently found federal intelligence agencies guilty of an “institutional lack of candor” in dealing with the tribunal. That conclusion has only been bolstered by Justice Department reports outlining stunning abuses of power by the FBI, serial lying and leaking by top officials, fabrication of evidence, and investigations launched on a dearth of predication and furthered by entrapment tactics and perjury traps.

We never did get to the bottom of the Justice Department’s “Fast and Furious” scandal, in which the ATF allowed illegal firearms transfers into Mexico — evidently hoping to fuel a political narrative against the Second Amendment but succeeding only in fueling violent Mexican gang crime that claimed the life of a border-patrol agent.

A federal appeals court echoed a district judge in New Orleans, who was appalled when Obama Justice Department lawyers anonymously led a race-baiting press campaign to undermine the trial rights of indicted police officers and then misled and stonewalled investigators who tried to find out what happened. And speaking of misleading and stonewalling, they explain why we never got accountability for the bare-knuckles tactics the IRS used to harass conservative groups.

That’s just a thumbnail sketch. We could go on. I’d rather not go on, because these incidents sully the reputations of thousands of agents who go about their work honorably, day in and day out.

But these incidents represent management failures, misfeasance and malfeasance at the high echelons of federal law enforcement. It is thus doubly important to highlight them because, in the wake of the George Floyd killing and the uproar that followed, the federal government is now presuming to dictate how state and local police forces must do their jobs.