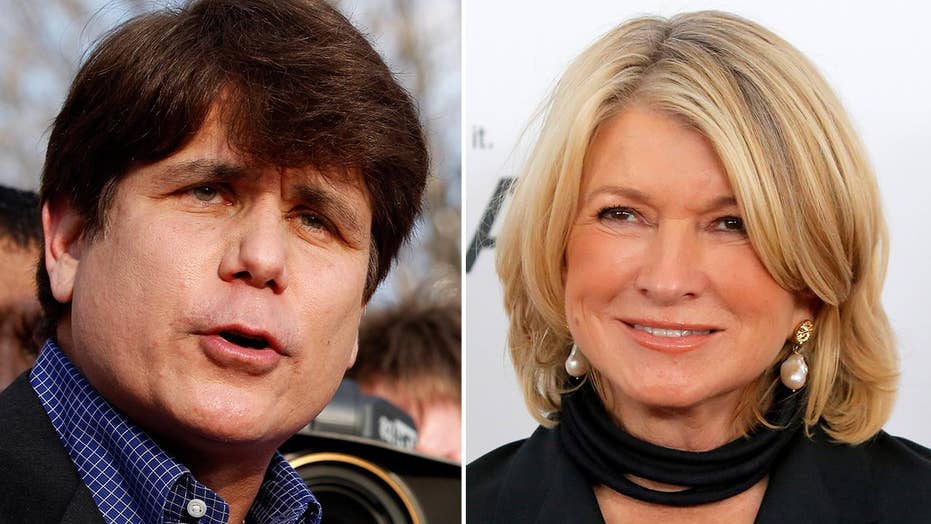 One of the absolute powers that rests with the presidency is pardon power. The power to pardon anyone for anything anytime.

Presidents using their pardon power for political or ideological purposes is nothing new. President Clinton’s pardon of the late billionaire financier Marc Rich (whose ex-wife was a major Democratic Party donor) is a prime example. President Obama’s election-timed pardon of Chelsea Manning (convicted of violating the Espionage Act for leaking classified government documents to WikiLeaks) is another example. And who can forget President Ford’s pardon of President Nixon, who resigned in disgrace as a result of the Watergate scandal?

President Trump is no different. He announced Thursday via his Twitter account that he is pardoning conservative author and filmmaker Dinesh D’Souza for a felony violation of federal campaign finance law – a charge D’Souza pleaded guilty to.

President Trump earlier made waves by pardoning former Maricopa County, Arizona Sheriff Joe Arpaio, who was convicted of a misdemeanor charge of criminal contempt of court for violating a federal judge’s order dealing with the detention of illegal immigrants.

Both Arpaio and D’Souza are staunch allies of the president, as well as celebrity figures on the right. That doesn’t change the fact that the president has the power granted to him to pardon whomever he wants.

Shortly after President Trump discussed the D’Souza pardon Thursday, while speaking to reporters aboard Air Force One, the president said he is considering clemency for both TV personality Martha Stewart and former Illinois Democratic Gov. Illinois Rod Blagojevich. This all came the day after President Trump huddled with mega-star Kim Kardashian West at the White House to discuss prison reform.

These are all high profile pardons certain to generate headlines for President Trump. Stewart came away from her short prison stint still an incredibly wealthy woman. D’Souza is still making money from conservative speaking tours.

But there are other cases, involving other individuals worthy of the president’s attention and his pardon pen, who don’t have the media or money-making advantages of Stewart or D’Souza.

Most recently, the case of Matthew Charles has made national headlines, uniting both right and left media and recently also came to the attention of Kardashian West herself.

Fox News reported: “Charles was released from prison early in 2016 but is scheduled to go back to jail after a federal court said his reduced sentence was an error, Nashville Public Radio reported. Charles, who is in his 50s, already served 21 years for selling crack to an informant, but he was sentenced to 35 years, according to Nashville Public Radio. While in prison, Charles took college classes and became a law clerk. He even taught a GED program. He's had a job since he's been released.”

As originally reported by Julieta Martinelli for Nashville Public Radio, Charles had also spent his free time volunteering at a food pantry in Nashville that serves many at-risk young men also attempting to turn their lives around.

Matthew Charles is the textbook case Americans hope for as they point to the increasingly flawed rehabilitation prison system. He has done everything one can do to turn his life around and contribute to his community. His return to prison is a grave injustice that President Trump can and should correct, immediately.

Charles’ case is not as glamorous as Martha Stewart and won’t fire up the base as much as D’Souza, but it will have a far greater impact on the American community than either of those commutations. There is no easier way to unite a country than to use the power granted to the presidency on a case the country is already united on.

Along with Charles is the case of Alice Marie Johnson, whom Kardashian West has devoted much of her celebrity platform to working to help.

As Fox News reported:  “Alice Marie Johnson was arrested in 1993 and convicted of drug conspiracy and money laundering in 1997, Mic previously reported. She became involved with cocaine dealers after she lost her job, her son was killed, she got divorced and her home was foreclosed on, according to Mic.

“Johnson reportedly did not sell drugs or participate in drug deals, but she did admit to acting as an intermediary for those involved, passing along messages. She was sentenced to life in prison – without parole. Kardashian West has already talked about a potential pardon for the great-grandmother with Jared Kushner, the president’s son-in-law who has an interest in prison reform.”

The message here should be simple: Cut the celebrity shenanigans Mr. President, and commute these sentences that actually matter.

The danger we have always faced as a country with putting celebrities at the forefront of policy – as President Obama was more than fond of doing, whether it be Hollywood activists or presidents – is that the concerns of the average American, the forgotten man or woman, become ignored in the bright media spotlight as entertainment and politics increasingly collide in a social media driven atmosphere. Is this not your entire platform, Mr. President? Matthew Charles is the forgotten man.