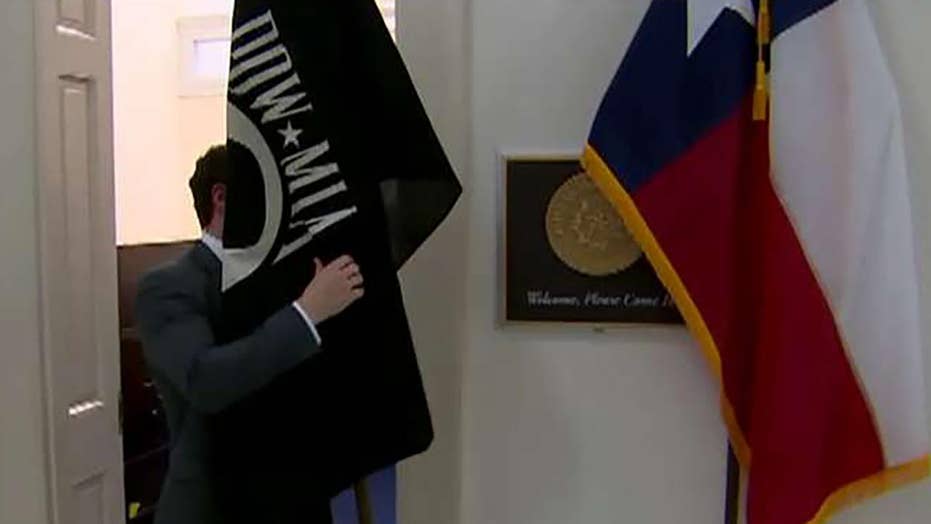 AMVETS national commander Rege Riley on fighting to remind everyone of the importance of bringing every American home.

Friday is POW/MIA Recognition Day, when we honor our military service members and civilian government workers captured as prisoners of war and those missing in action. We all owe a debt of gratitude to these Americans patriots.

Many people are familiar with the stark black-and-white flag that flies in memory of those who have not yet returned from past conflicts, but few people are aware of the history behind that flag and the grassroots movement in the U.S. a half-century ago that ensures we "Never Forget."

For thousands of years, armies have tried to recover their war dead. Nearly every culture memorializes its fallen, but America stands apart in its obsession to “leave no man behind,” especially after the end of a conflict.

HOW ONE AMERICAN BECAME THE SYMBOL FOR U.S. POWS AND THOSE MISSING IN ACTION

Part of the U.S. obsession in rescuing personnel and repatriating our war dead surely stems from our ability to afford the people, training, and equipment that can make it happen.

Perhaps the real answer, however, can be found in a U.S. culture that embraces the recovery and redemption exemplified in the Bible’s parable of the lost sheep. We rejoice more over the one we have searched for and found than the 99 who were lost and whom we may put at risk to search for the lost one.

That said, the U.S. government policy regarding searching for the missing was slow to develop and truly took hold only after the wives of several Vietnam POWs pushed to make the treatment of their husbands public.

The U.S. military instructed the families of early Vietnam POWs and MIAs to tell no one except immediate family members about their husbands’ status. The official stance was born out of legitimate concerns that the North Vietnamese might react negatively to publicity and take it out on POWs, or might use information gleaned from the press against the prisoners.

As a result, the public knew almost nothing about those captured and missing during the 1960s. But it was impossible for the tightly knit community of military families to stay completely quiet.

On May 17, 1966 Navy Cmdr. Jeremiah Denton —  an A-6 pilot who’d been captured in July 1965 — appeared from captivity in a short broadcast on television in the United States. During his interview with a Japanese reporter, Denton repeatedly blinked the word “torture” in Morse code. It was the first indication Navy officials had of the conditions being endured by POWs.

The week before Denton’s appearance, Sybil Stockdale — wife of Navy Cmdr. James Stockdale, whose A-4 had been shot down the previous September — made a trip to Washington to meet with military and diplomatic officials about the plight of her husband.

Mrs. Stockdale learned that the State Department, not the Pentagon, was handling the POW issue because the action in Vietnam was not an officially declared war.

As a result, Mrs. Stockdale lost confidence in the ability of President Lyndon Johnson’s administration to deal with the POW issue.

Several months later, Mrs. Stockdale invited a dozen or so POW/MIA wives to a luncheon, where they shared what little information they had and vented their frustration with the government’s slow and opaque protocols.

Some family members began to question the need to keep quiet. As antiwar sentiments in the U.S. began to build, Sondra Rutledge — the teenage daughter of one POW — began a telephone campaign to remind the public that regardless of how they felt about the war, they should not forget the plight of POWs, MIAs and all those serving in Vietnam.

By the end of 1967, a group of 33 POW/MIA wives in the San Diego area had formed the League of Wives of American Vietnam Prisoners of War. Sybil Stockdale was the group’s leader. In 1968, the group banded together with a looser network of POW/MIA wives on the East Coast and changed its name to the National League of POW/MIA Families.

That October, Sybil Stockdale gave up on the slow progress of POW negotiations and the lack of response to reports of torture and other Geneva Convention violations. She worked with a reporter at the San Diego Union, which published an article describing the abuses endured by the POWs and introduced the world to the League of POW/MIA Families. 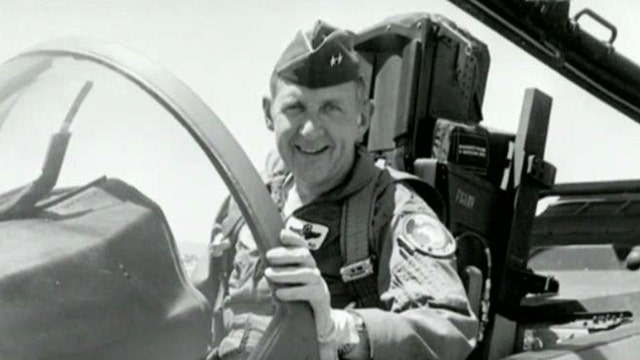 The league and its advocacy efforts began to grow and in 1970 the group incorporated in Washington, D.C. An MIA wife, Mary Hellen Hoff, conceived of the stark black-and-white POW/MIA flag that went into production in 1972.

To encourage the use of the flag to raise public awareness about POW/MIA issues, the league chose not to apply for a copyright or trademark.

Meanwhile, amid stalled peace talks in the spring of 1972, President Richard Nixon decided to force North Vietnam back to the negotiating table. In April he resumed the long-halted bombing of Hanoi, the nation’s capital. A month later he ordered the mining of Haiphong Harbor in North Vietnam.

It took a second series of bombings in late 1972 to force the North Vietnamese back to negotiations that finally resulted a peace agreement that allowed the withdrawal of most U.S. forces, although fighting later resumed and didn’t end until North Vietnam conquered South Vietnam on April 30, 1975.

With the return of the POWs, the National League of POW/MIA Families turned its attention to the nearly 83,000 Americans still missing from conflicts dating back to World War II.

The league is still operating, and continues to work closely with Congress and the Defense Department to advocate for a full accounting of military service members still missing and — along with the Defense POW/MIA Accounting Agency — to return the remains of as many loved ones as possible to their families. The missing may be gone, but they will never be forgotten.