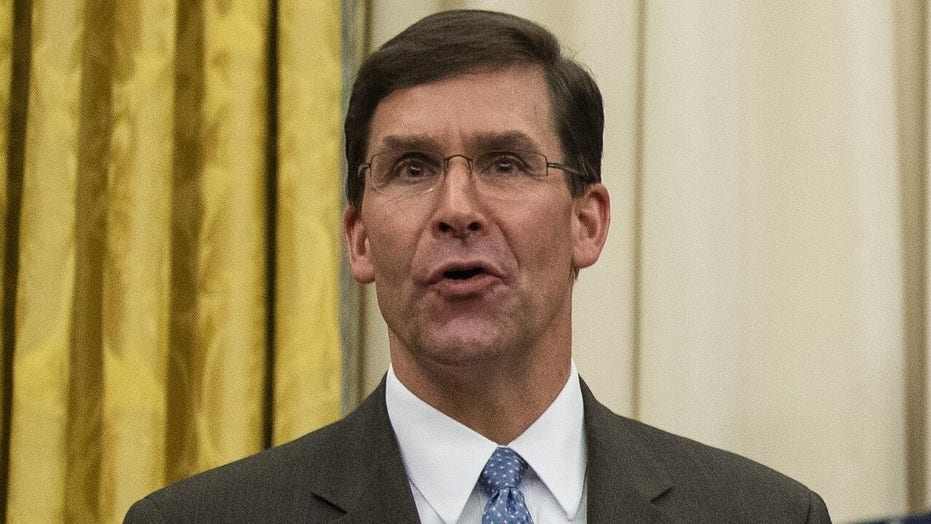 Esper says less than 5,000 US troops will remain in Afghanistan after November

Defense Secretary Esper says the drawdown will be conditions-based; Lucas Tomlinson reports from the Pentagon on the numbers.

Secretary of State Mike Pompeo was in Qatar Saturday for the opening of peace talks there between the Taliban and the Afghan government. Hopefully, the Taliban have figured out by now that these talks are not simply a face-saving exercise for the U.S. to exit South Asia. If they haven’t, Pompeo ought to make that crystal clear.

The U.S. is a partner for peace. When President Trump talks about ending “endless wars,” that’s what he means. Ending them. Not running away from them.

Folks with a short memory will forget that not long ago — after a horrific terrorist attack on the Afghan capital of Kabul — Trump abruptly canceled talks with the Taliban and talk of U.S. troop withdrawals, and instead pounded more than a few Taliban targets.

Well, we still have the same president. As long as he is in office, the Taliban can rest assured that when he says progress will be measured by conditions on the ground and not the calendar on the wall he means it.

The latest U.S. troop withdrawals from Afghanistan were announced Wednesday, dropping from the current 8,600 troops down to about 4,500 by early November. This is a recognition that America is preparing to move to a new phase in supporting our friends in South Asia and the Middle East. We are not abandoning them.

The burden here falls on Pompeo to make the U.S. position perfectly clear: if the Taliban aren’t ready for peace, they will find no peace.

The Trump administration has demonstrated in the Balkans and the Middle East that it can broker win-win deals that bring folks to the table not just for peace, but to normalize the exchange between peoples.

The Taliban may present the Trump administration its toughest test. They are addicted to transnational criminal activities, terrorism, and a radical agenda that doesn’t respect women’s rights or school for kids. They are going to have to accept that at least 70 percent of Afghanistan doesn’t want to live in darkness and fear anymore. The Taliban are going to have to learn to live with that.

The U.S. can help — not by telling the people of Afghanistan how to live their lives or run their country, but as a friend to the Afghan people.

Let’s be honest: we are only in Afghanistan because it is in the U.S. interest to see this long war come to an end in a way that doesn’t make the world less safe for our country. We ask our friends to carry their fair share of the load because that’s only right.

After all, it’s their country. But we have skin in the game, too. There are more than enough lost American lives to remind of that, both in the fighting in Afghanistan and in the Sept. 11 terrorist attacks on the U.S. The 9/11 attacks were masterminded by Al Qaeda terrorists in Afghanistan, and led America to send troops there to hold Al Qaeda accountable.

Pompeo has a heavy weight on his shoulder in the peace talks — the memory of those who served and sacrificed, the allies who fought and served with us, the lost lives of the nearly 3,000 Sept. 11 victims, the hopes and future of our Afghan friends, and the peace and security of the American people. He will serve us best if he never forgets this.