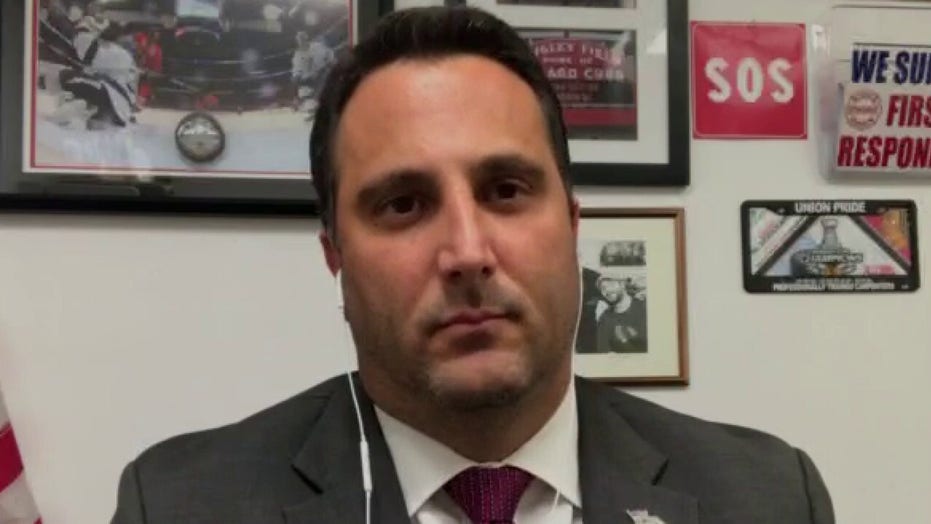 Chicago alderman: We need help to save the city from runaway crime

President Trump showed once again Wednesday that he is the law-and-order president by announcing that he is sending 100 federal law enforcement officers to Chicago and additional officers to other cities to deal with an alarming increase in violent crime. This was a wise move that will save lives.

I have worked in law enforcement for six presidents, and none has done as much as President Trump to protect the American people from dangerous criminals and to support our brave law enforcement officers.

The president understands that nearly all law enforcement officers do an outstanding job. He knows it would be terribly harmful to defund or abolish law enforcement agencies because of the actions of the tiny minority of officers who engage in brutality and criminal conduct.

And the president knows that instead of defunding police, communities need to fire and if warranted prosecute bad cops for wrongful actions, but support the vast majority of good cops. Far greater numbers of innocent people are brutalized and killed by criminals than by police.

Contrary to the claims of his left-wing critics, President Trump does not want to prevent lawful peaceful protests, which are protected by our Constitution.

The president wants to stop lawbreakers who violently attack and sometimes kill people, burn buildings, loot stores, and commit other crimes. These actions are not a form of protest. It is heartbreaking to see so many innocent people — including children — lose their lives to dangerous criminals in communities across our nation.

By deploying additional federal agents and other resources to communities under attack by violent criminals, the president is carrying out his duty to keep the American people safe.

Note that I said federal agents. House Speaker Nancy Pelosi, D-Calif., and other far-left politicians and media outlets call these federal law enforcements officers “troops” or even “storm troopers,” an insulting name that recalls the forces of Nazi Germany.

While the radical left wants to defund our police, President Trump wants to give them the support they need to keep our communities safe

These federal officers are trained to enforce the law. They are trained in the Constitution, especially the Fourth Amendment. This amendment provides that the right of the people to be secure in their persons, houses, papers, and effects against unreasonable searches and seizures.

The federal agents know the law and know the rights of the people they deal with. The use of the words such as “troops” gives the impression that they are soldiers trained for combat. They are not.

I am grateful that President Trump is committed to restoring public safety and bringing criminals to justice. The only people who should be upset by the president’s actions are the criminals he wants to stop from victimizing innocent men, women and children.

The president’s announcement Wednesday is just his latest action to keep us safe. He restored Project Safe Neighborhoods in 2018 to get violent criminals off the streets and protect our communities.

At the president’s news conference Wednesday, Acting Homeland Security Secretary Chad Wolf talked about the distinction between the DHS mission in Portland, Ore. — where the main focus is on protecting federal property – and the planned deployment of federal agents to Kansas City, Mo.; Chicago and Albuquerque, N.M., to help stop violence and protect lives and property.

These federal law enforcement officers will be doing exactly what they should be doing: protecting our homeland.

Albuquerque and Chicago will also be getting millions of dollars for new officers, and the Justice Department will reimburse Chicago $3.5 million for local law enforcement’s work on the federal anti-crime task force.

It’s clear to me that the recent surge in violence is the result of poor leadership from far-left politicians who have failed to protect their communities and who now endorse defunding the police. They have failed on their No. 1 responsibility and duty — to protect lives and property.

Violent crime has drastically increased in major cities led by Democratic officials. That is a fact, not an opinion.

For example, during the last weekend of May, Chicago saw its most violent weekend, with 25 people killed and another 85 shot. As of July 19, 414 people have been murdered in Chicago this year — a roughly 50 percent increase from this time last year.

In New York City, where the mayor has led the anti-police movement and the city has slashed the police budget by a stunning $1 billion, gun violence recently surged a horrific 277 percent compared to last year.

In Minneapolis, where the City Council voted to dismantle the police department, the number of homicides is expected to hit an all-time high.

Instead of condemning the onslaught of violent crime destroying our cities, Democrats choose to ignore, justify, or condone it. While the radical left wants to defund our police, President Trump wants to give them the support they need to keep our communities safe. That action is in our national interest and will benefit every law-abiding American.