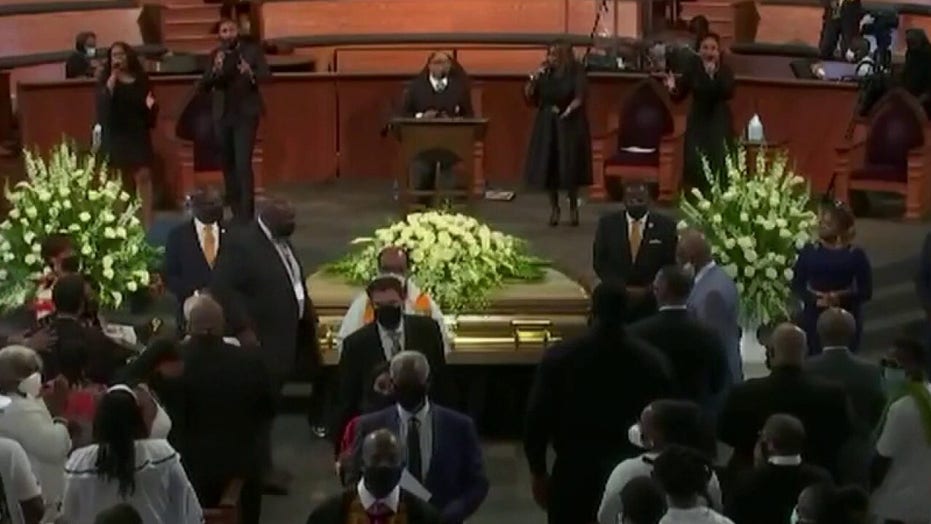 Congressional Republicans and Democrats need to compromise to pass needed legislation to address the crisis of systemic racism and racist policing that has sparked protests around the nation.

A month after a white Minneapolis police officer brutally murdered George Floyd – a handcuffed black man who was not resisting arrest – the Democratic-controlled House and Republican-controlled Senate are poised to consider very different bills on police reform. But unless they can agree on legislation to send to President Trump, nothing will be accomplished.

Sen. Tim Scott of South Carolina – the only black Republican senator – is sponsoring the JUSTICE (Just and Unifying Solutions to Invigorate Communities Everywhere) Act, which is backed by Senate GOP leaders. The bill falls short of many of the demands made by protesters who took to the streets after the May 25 police killing of Floyd and the June 12 killing of another black man, Rayshard Brooks, by an Atlanta police officer.

Yet despite its shortcomings, the Senate legislation shows that Republicans are finally taking systemic racism and racist policing seriously. That’s progress.

Senate Democrats have criticized the JUSTICE Act as a non-starter and it is expected to fail to get the 60 votes needed Wednesday to be debated in the full Senate. If that happens, both parties should look for common ground to pass a Senate bill that can be used as the basis for negotiations with the House to come up with a measure that can become law.

The only way to get meaningful and lasting change in policing is if our leaders come together and act in a bipartisan fashion to reform America’s broken law enforcement system.

Compromise ought to be possible because the Senate Republican JUSTICE Act and the House Democrats’ George Floyd Justice in Policing Act have some common elements.

First and foremost, despite the two bills’ obvious differences, both focus on transparency and accountability. Both address chokeholds and no-knock warrants. Both require police misconduct disclosures and provide for a nationwide database of such misconduct. And both finally make lynching a federal crime.

These are noteworthy points of consensus, notwithstanding the glaring contrast between the much stronger and more comprehensive Democratic bill and the much narrower Republican bill.

Beyond the specific provisions in the two bills, Sen. Scott – in unveiling the Republican bill – delivered a very personal and honest message to African-Americans: “We hear you. We’re listening to your concerns.” This powerful message must not be overlooked by Scott’s colleagues in the Senate or by the American people.

On the contrary, Sen. Scott’s courage and experience growing up as an African-American in the South are precisely what should be heeded in today’s Republican Party generally and on the issue of police reform specifically.

Nor should we ignore Senate Majority Leader Mitch McConnell, R-Ky., who said: "We're serious about making a law here.” Indeed, McConnell must work with Senate Minority Leader Chuck Schumer, D-N.Y., to get this done.

All this said, which bill should Congress pass to make lasting and meaningful change to policing in America? Or, to put it more bluntly, what law will finally prevent the police from murdering my African-American sisters and brothers, and hold the police accountable for racism?

In comparing the Democratic and Republican bills, Sen. Schumer pointed to the following key differences:

Police misconduct registry: The Democratic bill would create a publicly accessible nationwide database on police misconduct, so that abusive police officers who are fired can’t go to another department and get hired. The Republican bill would shield this data from public view.

Chokeholds: The Democratic bill bans chokeholds and other tactics that have killed black Americans and others. The Republican bill purports to ban chokeholds, but only those that restrict airflow and not blood flow, and provides exceptions when “deadly force” is needed.

Accountability: Finally and perhaps most importantly, the Republican proposal is missing accountability for misconduct by individual officers. There are no reforms to qualified immunity or pattern and practice investigations.

Needless to say, there is a wide gap between the two bills. But the gap can and must be bridged by both parties.

While Democrats can’t expect to get everything they want, Republicans must acknowledge that their bill doesn’t go far enough. Given the pain and enormity of the crisis in law enforcement, Democrats can’t settle for tokenism that won’t change anything. Black people are done dying at the hands of police who move too quickly and without justification to use deadly force.

Tragically, George Floyd and Rayshard Brooks are only two of many African-Americans victimized by police brutality and racism. The list goes back centuries and keeps growing. Our leaders must lead and put an end to police misconduct and racism once and for all.

Floyd was arrested and then killed for allegedly passing a counterfeit $20 bill – a minor offense, and he may not have even known the bill was counterfeit. Brooks was arrested and fatally shot in the back after he fell asleep in his car at a Wendy’s drive-thru window and failed a sobriety test. These are not death penalty crimes!

It is long past the time for our leaders to work together. Police reforms will benefit Americans of every race and ethnicity.

Black people are done dying at the hands of police who move too quickly and without justification to use deadly force.

Let’s not forget that since March, Congress has passed multiple stimulus bills to provide needed relief to struggling Americans and businesses suffering as a result of the coronavirus pandemic and stay-at-home orders.

These commendable bipartisan efforts to deal with the pandemic should serve as a model for similar bipartisanship on police reform. If our leaders can take unified action to save our livelihoods and lives in a pandemic, they should be able to unify to save our lives from police misconduct.

Let me dispel one more supposedly wedge issue: “defunding” the police. Stop it!  Just stop it!  Top Democratic leaders are not calling for police departments to be defunded or eliminated.

Neither former Vice President and presumptive Democratic presidential nominee Joe Biden, House Speaker Nancy Pelosi, D-Calif., nor Schumer support defunding. This false narrative, propagated by many opposed to even modest, watered-down police reforms will only divide us. And it may prevent Congress from taking bipartisan action now. So stop it already!

As the old saying goes, politics is the art of compromise. Republicans and Democrats must be bold in pressing for change and must be equally bold in pressing for compromise. The sooner a justice in policing bill becomes law, the sooner our country will come closer to justice and equality for all Americans. And, most importantly, the sooner these racist police murders and violence will end.

As Pelosi said so poignantly in calling for passage of the George Floyd Justice in Policing Act:

“During this moment of national anguish, we must insist on bold change to save lives.”

My message to members of the House and Senate of both parties is clear: agree on a bipartisan bill to promote justice in policing now!