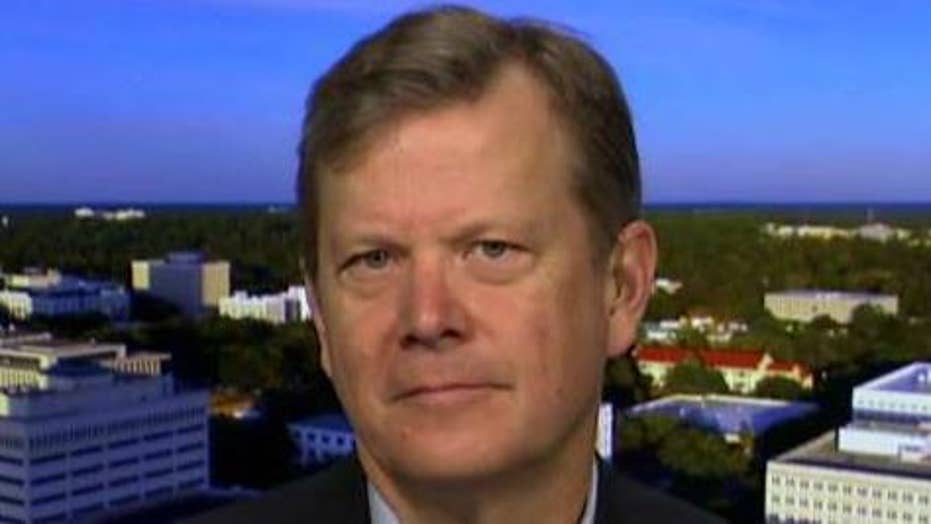 Amid the furor over President Trump’s July 25 phone call with Ukrainian President Volodymyr Zelensky, which has prompted House Democrats to move forward with a Trump impeachment inquiry, serious underlying questions about the Biden family’s involvement in Ukraine persist.

With evidence suggesting that Hunter Biden’s dealings in Ukraine posed a conflict of interest for his father, then-Vice President Joe Biden, some Biden defenders are deploying talking points meant to deflect from the troubling facts. But some of these talking points – regularly repeated in the news media – do not hold up to a fact check.

Here are three talking points being used to defend the Bidens:

Point 1: There was an “absolute wall” between Hunter Biden’s business and Vice President Biden.

At a campaign stop last month, Joe Biden claimed to have an “absolute wall” between himself and his family’s business. He said: “There will be an absolute wall between personal and private [business interests] and the government.... That’s why I never talked with my son or my brother or anyone else – even distant family – about their business interests. Period.”

Biden’s “absolute wall” clearly has holes. In an interview with The New Yorker earlier this year, Hunter recalled discussing his work at Burisma, a controversial Ukrainian natural gas company, with his father on at least one occasion.

While in office, Vice President Biden was certainly aware of Hunter’s role at Burisma, because his office was specifically asked in 2014 about the potential conflict of interest. A spokesperson for vice president’s office defended Hunter’s right to do business in Ukraine as “a private citizen and a lawyer."

Apparently, the potential conflict with U.S. foreign policy wasn’t sufficient reason to reign Hunter in. In fact, the younger Biden didn’t step down from Burisma until earlier this year – when it became an issue for his father’s campaign for the Democratic presidential nomination.

While in office, Vice President Biden was certainly aware of Hunter’s role at Burisma, because his office was specifically asked in 2014 about the potential conflict of interest

Point 2: The Burisma investigation doesn’t represent a conflict of interest for Joe Biden.

Some in the media, such as the Washington Post’s fact-checker, have repeated the claim that the Burisma investigation had been “shelved” by late 2015, when Joe Biden called for the prosecutor in charge to be fired.

But according to Burisma’s own attorneys, the case was not formally closed until September 2016, months after the prosecutor was fired. Others, such as Transparency International, say the matter remained open until November 2016.

The truth is that the investigation continued for years after Hunter was hired, all while Vice President Biden played an active role in U.S. relations with Ukraine.

Point 3: This is all a phony scandal being stirred up by Trump’s allies.

Some news outlets have gone so far as to dismiss the entire Burisma story as baseless spin drummed up by the Trump campaign. In reality, the Burisma issue predates the Trump administration.

Long before Burisma emerged as a campaign issue, I published “Secret Empires: How the American Political Class Hides Corruption and Enriches Family and Friends,” which detailed the extent of Biden corruption in Ukraine.

Prior to that, many of the same outlets now dismissing the allegations about the Bidens and Ukraine had been critical of Hunter’s work. Reporters from The New York Times, Washington Post, and Wall Street Journal all wrote critically of Hunter’s new job.

Now, some of those same writers are accusing those currently examining and discussing Burisma of conducting a partisan smear.

Have the basic facts of the story changed since it was first reported? No – only the politics surrounding it.

Jacob McLeod is a senior researcher with the Government Accountability Institute.