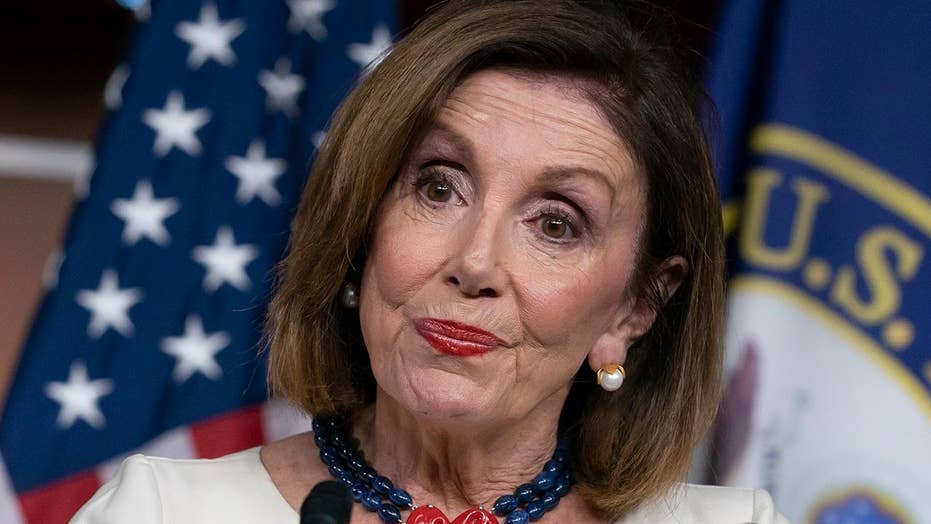 House Speaker Nancy Pelosi says President Trump is not upholding his Constitutional oath. So, all by herself, she has instituted an Impeachment Inquiry. Sounds Constitutional -- doesn't it?

So, what did Trump allegedly do? The Democrats have "charged" Trump with soliciting foreign interference in an election for his own benefit.

As you consider that, please recall, that last November 1, 2018, I predicted that the D.C. Democrats would resort to impeachment regardless of the facts. In an op-ed I wrote for the Washington Examiner, I said that they never would be able to satisfy their base or far-left members with just control of the House of Representatives. That is why I predicted impeachment would be their ultimate resistance expression.

As you consider the actions of Nancy Pelosi, Jerry Nadler, Adam Schiff and others, here are the 10 things you need to know about the Ukraine construct they are using to justify their latest actions.

1. Democrats think Joe Biden is immune. The Democrats are saying that the Trump White House and Department of Justice cannot get information from the Ukraine on Biden because he is running for president and therefore is Trump's rival. By their logic, therefore, Joe Biden is immune from a federal investigation while he runs for office against President Trump. How very convenient and absurd.

2.  We now know that contrary to news reports and Democrats talking points, the Trump call transcript does NOT indicate Trump withheld aid in exchange for election help against Biden. There was no quid pro quo. The Democrats sold a false story.

The D.C. Democrats want to impeach Trump for activities that pale in comparison to what people in their party have been doing for years.

3. The Trump call transcript also indicates that the current Ukraine government is more than troubled about the Bidens' actions vis-a-vis the Ukraine and on their own is continuing to investigate that activity. In addition to that, the President of Ukraine continues to say there was no pressure from Trump to do anything related to that investigation.

4. A non-tortured reading of the Trump call transcript indicates that Trump asked for assistance with an ongoing DOJ investigation, which, Andrew McCarthy rightly said, is not a violation of the law. Indeed, there is a treaty between the U.S. and the Ukraine that was signed by President Bill Clinton that is entitled the Treaty with Ukraine on Mutual Legal Assistance in Criminal Matters. That treaty binds the respective countries to provide "documents, records and other items" to each other upon request.

5. “Ukrainian prosecutors say they have tried to get this information to the U.S. Department of Justice (DOJ) since the summer of 2018, fearing it might be evidence of possible violations of U.S. ethics laws” related to the Bidens.

In other words, long before Trump made a call, the Ukraine wanted to provide the U.S. information on the Bidens.

6. The Obama administration pressured “Ukraine’s prosecutors to drop an investigation into the Burisma Holdings gas company that employed Hunter Biden and to look for new evidence in a then-dormant criminal case against eventual Trump campaign chairman Paul Manafort, a GOP lobbyist.”

7. The Obama White House and DNC directly solicited Ukrainian officialsto get involved in the 2016 campaign by asking for dirt on Manafort and by asking Ukrainian President to speak on U.S. soil negatively about Paul Manafort. That is far worse than what the Democrat allege Trump to have done.

8. Hunter Biden, who is generally incompetent and was kicked out of the Navy for drug use, made millions off contemporaneous to trips he made with his father when Biden was VP.  The Democrats see no problem with that. Imagine if Donald Trump Jr. did that. Those payments absolutely were made to buy influence in the Obama Administration and are more than likely at the center of the Ukrainian prosecutor, that Joe Biden got fired after saying he would withhold aid, “was making plans to question Hunter Biden about $3 million in fees that Biden and his partner, Archer, collected from Burisma through their American firm.”  According to that prosecutor: “The truth is that I was forced out because I was leading a wide-ranging corruption probe into Burisma Holdings, a natural gas firm active in Ukraine and Joe Biden’s son, Hunter Biden, was a member of the Board of Directors.”

9. The so-called whistleblower was fed the information by others and his attorney worked for Hillary and Schumer.  Doesn’t that sound non-biased to you?

10.  Finally, anyone on TV who jumped to the conclusion that Trump broke the law was trying to make a headline not a reasoned judgment with all the facts.

In short, the D.C. Democrats want to impeach Trump for activities that pale in comparison to what people in their party has been doing for years.

That is par for the course from them these days and a disgrace to the Constitution.