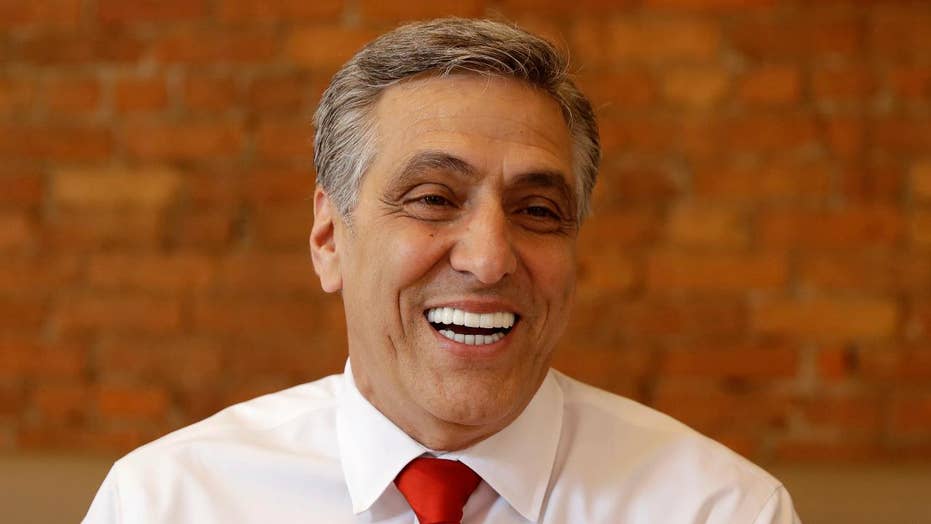 Tuesday’s primaries in Pennsylvania set the stage for races for 18 U.S. House seats that will be up for grabs in the November midterm elections. Court-ordered redistricting three months ago has made the outcome of those races increasingly unpredictable.

Democrats are looking to grab some of the Pennsylvania seats to help them take back the 23 seats they need to regain control of the House.

Pennsylvania supposedly holds the tea leaves that will tell the tale of what voters will do in November, or so we’re told. However, politics and people just aren’t that predictable.

The state’s recent redistricting left candidates playing the equivalent of musical congressional chairs with districts, with several incumbents choosing to retire. This gave way to a crowded field of candidates.

While the redistricting gave an edge to the Democrats, what will happen in November is anyone’s guess in the state that put President Trump over the top and into the White House on election night in 2016.

In one of the key House districts, incumbent GOP Rep. Brian Fitzpatrick easily fought off a challenge from Dean Malik, an attorney, former Bucks County prosecutor and a veteran.

But three Democrats ran to unseat Fitzpatrick, including Steve Bacher, whose career includes higher education, nonprofit and government work; Navy officer Rachel Reddick, who was a registered Republican until 2016; and millionaire Scott Wallace, former counsel to the U.S. Senate Judiciary Committee and the U.S. Senate Committee on Veterans Affairs.

Wallace was called a carpetbagger for moving back to Pennsylvania from Maryland to run. Evidently that worked for him quite well because he won the nomination handily.

Democrats hope to pick up the seat held by retiring GOP Rep. Charlie Dent. However, even among the Democrats running there seemed to be a Republican. Northampton County District Attorney John Morganelli is tough on immigration, and in 2016 he took to Twitter (in tweets that he’s since deleted) to contact President Trump’s transition team and praise the president.

Morganelli also tweeted: “Thankful for your coming leadership. Waiting to hear from transition. Met you at Bedminister (sic) when I played in Member Guest.” Additionally, he attended an event with Pennsylvania Republican U.S. Sen. Pat Toomey in 2016 that opposed sanctuary cities.

Edwards said someone like Morganelli is unelectable because “if you try to run a Democrat like a Republican, the Democrats won’t show up.”

As of late Tuesday, Wild held a small but growing lead over Morganelli, who was still pulling close to 30 percent of the Democratic primary vote. The Republican primary between Marty Nothstein and Dean Browning was still too close to call.

Even though Democratic turnout was significantly higher than GOP turnout, the fact that so many Democrats pulled the lever for a Trump-like candidate provides some encouragement for the Republicans going into November.

In Western Pennsylvania, GOP state Rep. Rick Saccone, who lost to Conor Lamb in a special congressional election in March, was back again in hopes of pulling out a win in a more Republican-friendly district after the map was redrawn.

However, as of late Tuesday, with 94 percent of the precincts reporting it looked as though it was not meant to be. Saccone was losing to Republican State Sen. Guy Reschenthaler, who was endorsed by Republican U.S. Sen. Pat Toomey.

State Sen. Scott Wagner pulled out a win over Pittsburgh business consultant Paul Mango, who considered himself an outsider in politics and said he wanted to restore faith in the American Dream. Wagner campaigned on the president’s tax cuts and people keeping more of their money in their paychecks.

In the Republican U.S. Senate primary, U.S. Rep. Lou Barletta, who was endorsed by President Trump and the Pennsylvania Republican Party, beat Republican state Rep. Jim Christiana. Barletta was co-chair of the president’s 2016 campaign and will face Democratic Senator Bob Casey in November.

Look for Democrats in November to use the Conor Lamb playbook and run to the center, both statewide and in swing districts. It will be up to Republicans to effectively unmask their opponents for who they really are, and show their base they are the very people who will go to Washington and vote to undo every single thing that President Trump has accomplished.

The primary results had some good news for President Trump and the Republicans, as opposed to some of the special elections earlier this year.

If Republicans remind people of what’s at stake in November, Pennsylvania may help them keep their House majority.