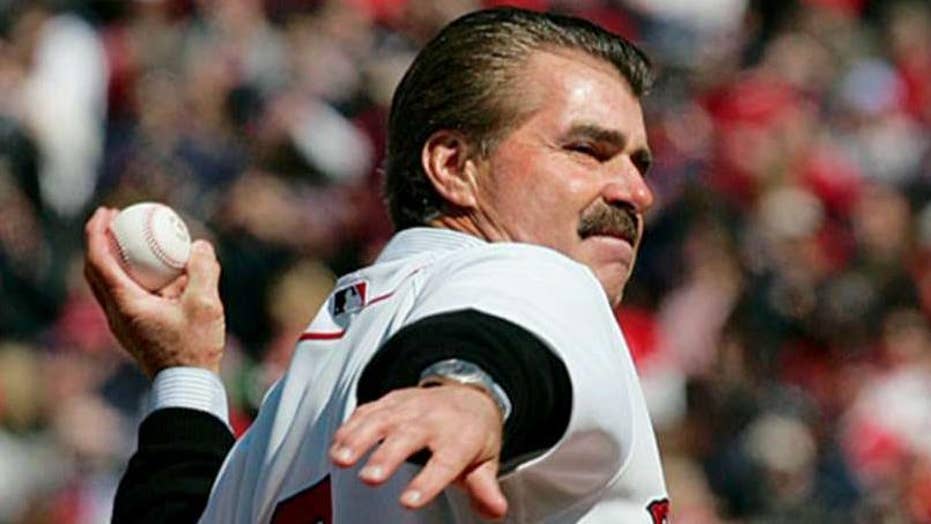 Baseball legend Bill Buckner dies at the age of 69

Former MLB player passes after a long battle with a form of dementia.

Ironically, if not fittingly, I received word Monday of the death of former Major League Baseball player Bill Buckner while standing in the first base coaches’ box of a local high school field in Colorado Springs.

The news arrived via a text alert on my cellphone. Of course, my mind immediately went back to the former first baseman’s untimely error in Game 6 of the 1986 World Series.

The memory is a vivid one.

PAUL BATURA: TIM TEBOW’S STRUGGLES TEACH MY SON (AND ME) FAR MORE THAN ANY SUCCESS COULD

I was watching the game with several of my friends in my family’s wood-paneled basement. We were all in the 9th grade. It had been a remarkable season for the Mets and a special one for me and my buddies. Whenever we could scrape together a few dollars from delivering papers or mowing lawns, we’d take the train to Shea Stadium for a game.

Shea is gone now, but I can still smell the second-hand cigarette smoke in the humid Queen’s summer air and hear the roar of approaching planes landing at nearby LaGuardia Airport’s Runway 31.

I look back on the summer of  ‘86 with the fondness many boomers seem to ascribe the volatile and emotional months of July and August of 1969 – when men walked on the moon, Woodstock revelers went wild and an uneasy nation wrestled with an increasingly unpopular war in Vietnam.

Maybe it’s because as 14-year-olds we were given increasing autonomy, suburban kids venturing into the big city. It was the first wonder year of the “Wonder Years” – our team was finally winning and we were there to see many of the games in person - in seats paid for by our own sweat and effort.

At the time, Buckner was playing in his 17th season and in his third year for the Boston Red Sox. With the game tied at 5 in the bottom of the 10th and the Mets rallying in dramatic fashion, New York’s Mookie Wilson hit a slow roller up the line, a ball that somehow slipped just beneath a hobbled Buckner’s glove. Ray Knight scored from second base and the Mets staved off elimination on their way to a Game 7 win two nights later.

Like every other Mets fan, Buckner’s error sent us through the roof. We hooped and hollered and jumped from our seats on the couch. Sodas and chips went flying. Never had we taken such delight in another man’s misery and misfortune.

Ever since that cool, damp October night, Bill Buckner’s name in baseball lore has become synonymous with haunting, ill-timed errors.

The long-time Major Leaguer went on to play portions of four more seasons, amassing some impressive career statistics along the way, including 2,715 hits and just under a .300 batting average over a 22-year span.

But few people remember all those highlights, including me. Instead, images and video of that single play seem to reverberate like summer thunder across a mountain valley.

Men and women are often remembered for single acts, whether acts of heroism – like aviator Charles Lindbergh flying solo across the Atlantic,  or occasions of heartache – like a ball going through Bill Buckner’s legs in a late-inning game.  But no life is a single act and nobody’s value is ever summed up in a lone effort of success or failure.

Yet, Bill Buckner was more than a baseball player, of course, and a lot more than the sum of a single play on an October night.

Growing up just north of San Francisco, he lost his father as a teenager but like so many other future professional athletes, he excelled at multiple sports – both baseball and football.  The Dodgers drafted him when he was 19 and he’d go on to win a batting title playing for the Cubs in 1980.

Married to Jody Schenck since 1980, the Buckners recently celebrated their 39th wedding anniversary and raised two daughters, Brittany and Christen, along with a son, Bobby.

Fan reaction to the 1986 error was so intense that following retirement, the Buckners decided to relocate from Massachusetts to Idaho, where Bill pursued successful business ventures in real estate and automobile dealerships.

Reconciliation with Boston fans came slowly but surely, culminating with Buckner throwing out the first pitch of the 2008 season following the Red Sox’s second World Series championship in four years.

"I really had to forgive, not the fans of Boston, per se, but I would have to say in my heart I had to forgive the media," the former Red Sox player told a reporter. "For what they put me and my family through. So, you know, I've done that and I'm over that."

Men and women are often remembered for single acts, whether acts of heroism – like aviator Charles Lindbergh flying solo across the Atlantic, or occasions of heartache – like a ball going through Bill Buckner’s legs in a late-inning game.

But no life is a single act and nobody’s value is ever summed up in a lone effort of success or failure.

Buckner’s recovery and resilience in his second and third acts, from ballplayer to businessman – and his subsequent reconciliation with both fans and members of the Fourth Estate – should serve as a reminder that healing and redemption are always possible regardless of the pain a person may endure.

In a statement announcing her husband’s death on Memorial Day, Jody hinted at the source of her husband’s ability to keep going through the many difficult years, even his final ones which were plagued by the increasing physical and psychological disability of Lewy body dementia.

“Our hearts are broken,” Jody said following her husband’s death, “but we are at peace knowing he is in the arms of his Lord and Savior Jesus Christ.