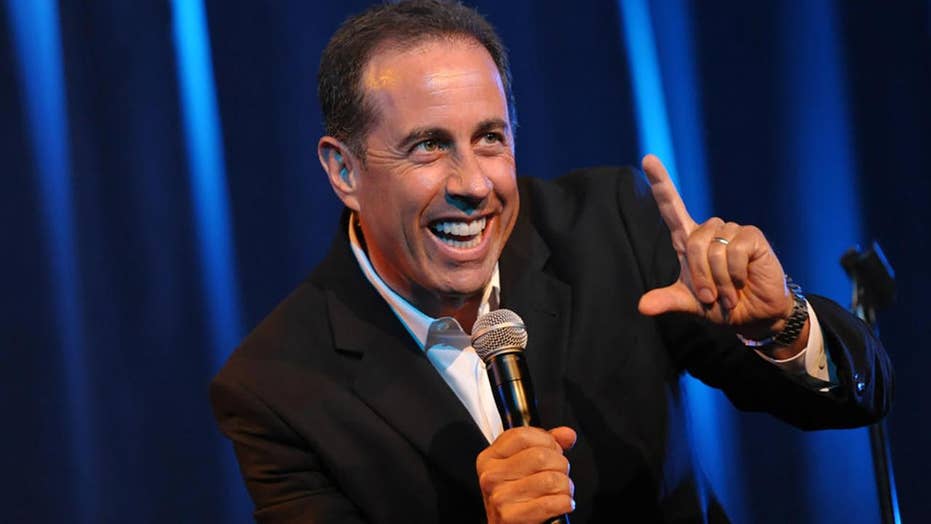 The 'Generation Hexed' panel reacts to reports that Trump berated DHS Secretary Nielsen and discusses Jerry Seinfeld's choice not to do jokes about Trump.

Millennials and Generation Y employees are often mocked and derided for their alleged uneven work ethic, not to mention a spirit of entitlement ranging from demands that include breakrooms full of free and healthy snacks, complimentary coffee, the freedom to work from home and flexible hours that won’t threaten their circadian sleep rhythms.

I’m not sure about all of that, though I can’t blame young folks for wanting munchies in the middle of the day.

But lately, I’ve been rethinking hiring these young people for one reason – and one reason only.

Every time I make a passing reference to the classic sitcom "Seinfeld," a show that debuted on NBC 30 years ago on Friday, I’m usually met with a blank stare from my younger counterparts.

In the words of Kenny Bania, the recurring character who played a comedian on the show, “That’s gold, Jerry. Gold!” – and yet the references often fall as flat as Seinfeld’s attempt to make his friend Fulton laugh in the hospital. "Hey, how ya doing Fulton! Octane, Butane, Nitrane!"

Having tested poorly, NBC executives had low expectations for the quirky pilot, originally called "Seinfeld Chronicles." In fact, the network’s Brandon Tartikoff had panned the show as being, "Too New York, too Jewish."

Tartikoff was wrong, of course, and despite a slow start, "the show about nothing" would enjoy a nine-season run. It became the most successful sitcom in television history.

I was going into my senior year of high school when Seinfeld hit the airwaves. I don’t recall watching the pilot on that first summer night, but I was already familiar with the comedian’s observational humor.

My father had a friend working in purchasing at NBC, and he often got us tickets to "Late Night with David Letterman" – another quirky show that hosted upstart comedians. I remember enjoying one of Jerry’s stand-up routines in-person inside the studios at 30 Rockefeller Plaza. He was funny, clean and a fellow Long Islander.

Humor is a personal thing, of course, and what’s funny to one person isn’t always seen the same way by another. I didn’t like all of the plot lines on "Seinfeld," particularly those that veered into raunchy territory, but there was much to like and laugh at – even three decades later.

Without exaggerating, I regularly find myself encountering or observing a "Seinfeld" moment on an almost weekly basis – a mark of either a timeless show or an obsessed fan – or maybe a little bit of both.

Take for example the story from last week in Texas where a woman was banned from a local Walmart because she refused to pay full price for a cake she ate half of while in the store.  She was seen munching on it as she approached the register.

I immediately thought of the "Seinfeld" episode where Kramer, Jerry’s eccentric and mooching neighbor, finally starts paying for all the food he’s eating from his neighbor’s fridge, including a half- can of soda. Seinfeld replies, “You know the sound the can makes when you open it? That’s the sound of you buying the whole can.”

When Jerry declines Newman’s request to utilize his deaf girlfriend’s lip-reading skills to find out what a supervisor is saying about Newman behind glass down at the post office, the disgruntled mailman threatens his neighbor with a phrase that contains an element of truth.

“When you control the mail,” Newman growls, “you control … information!”

Social media was a distant fantasy when the Emmy-award winning show was on television, but there’s no denying that despite pledges of transparency from the head honchos at Facebook and Twitter, to name just two popular outlets, the moguls in Silicon Valley are controlling more information than most of us would desire.

Illogic and frustration over the latest in Washington often motivates me to say stoically, “Serenity now! Serenity now!” – Frank Costanza’s mantra for controlling his temper.

There are the invites to meet our friend’s newest addition, “Ya gotta see the baby!” and the ongoing reminder to our kids to not double dip the chips because “it’s like putting your whole mouth in the bowl.”

It goes on and on.

By the way, I was just kidding about discriminating against young people because of their Seinfeld illiteracy. In fact, almost half of the people on my team weren’t even alive when the show began back in 1989.

Am I really that old?

In the words of George Costanza’s Phil Rizzuto’s keychain in "The Pot Hole," or episode 150: