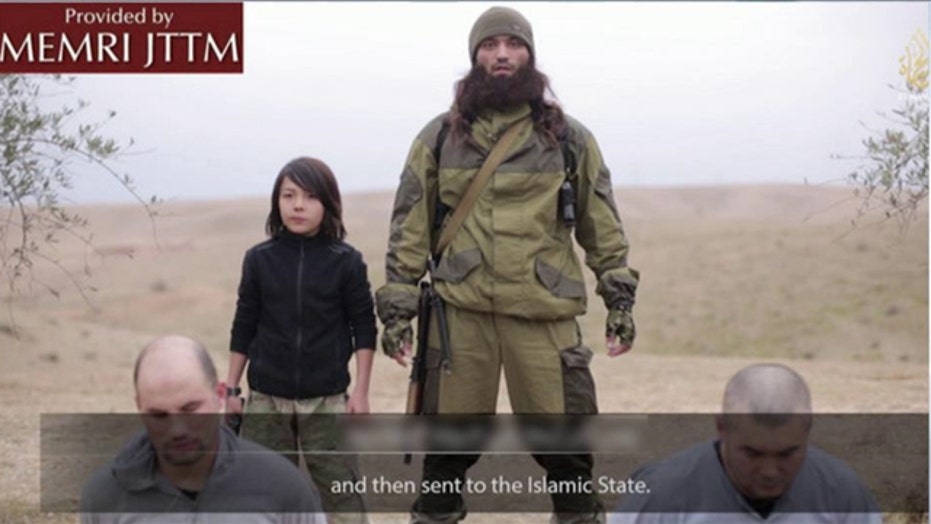 Analysts recognize the adult fighter in the video

It now appears that Al Qaeda in the Arabian Peninsula (AQAP) is taking credit for the Paris massacre.

This vicious act joins a sad list of attacks on innocent people. Included in this evil list are the following events:

- The Boston Marathon bombings in 2013

- And now the murder of 12 in the Paris office of the French satirical newspaper Charlie Hebdo, followed by the death of four hostages in a Parisian kosher market.

These are just a few of the attacks committed in the name of Islam by terror organizations ranging from AQAP to followers of the more recent Daesh (or ISIS) group. They confirm that Islamic jihad is here to stay.

While Islamist-inspired attacks have been a problem in the past, thanks to the Daesh group — the use of the Arabic acronym "Daesh" having replaced the term Islamic State used by the jihadist organization which is in reality neither a state nor particularly Islamic — a “new” kind of terrorism appears to be gaining ground.

Exemplified by recent attacks in France, the United Kingdom, Canada and Australia, threats have not been this high since 9/11 and the chief worry of policymakers globally today is what western officials call “Nike terrorism.” This "just-do-it" low volume, high consequence, unsophisticated approach to killing innocent civilians uses all available means to advance the aims of the renamed Daesh group.

Long gone are the days when intelligence officials in the United Kingdom watched a secretly-taped live stream of a bomb factory in London where suspects were using syringes to drain sports drink from the bottom of plastic bottles and refilling them with peroxide-based liquid explosives. This clever liquid bomb plot, caught due to diligent detective work in 2006, is the reason we cannot take drinks through TSA today.

While the international intelligence community can detect and disrupt major terrorist plots better now than ever, the signature goal of Al Qaeda — the spectacular destruction of commercial airliners — is no longer the worst terror threat.

Here are five key elements that make the Daesh group far more dangerous than any other Al Qaeda group:

2. The number of European and American citizens in the Middle East fighting for Daesh (and other Al Qaeda affiliated groups like Jabhat al Nusra) runs into the thousands — many more than acknowledged by the official projections of Western governments. Currently, these fighters are engaged in combat in Syria, Iraq, and Libya. Offshoots and like-minded groups inspired by Daesh are springing up all over the globe. These combatants will return to Europe and America in unprecedented numbers — as coldblooded killers who will not be deterred from their single purpose — as soon as the fighting eases up in the Middle East.

3. Those fighters aren’t just receiving traditional military training. They are engaged in barbaric beheadings and executions. The focus on beheadings is particularly worrisome because it is such a dehumanizing act resulting in the jihadists becoming desensitized as they cut off heads and carry them around to show their “toughness.”

4. The Daesh model of terrorism eschews the spectacular and instead implores followers to simply kill people, no matter how few. Followers are told to stay and fight at home if they cannot get to Syria. Behead someone at a shopping mail. Gun down police on the street. There are no bomb factories to reconnoiter, no cell phones to trace, nor mosques to infiltrate. This type of attack requires minimal coordination and planning, which makes it difficult to detect and stop. While Al Qaeda started pushing this attack model in 2010, it did not catch on. With Daesh, however, governments are already seeing followers accept the challenge. In addition, the rising number of foreign fighters seeking a badge of honor for fighting in Syria is another worrisome trend.

5. Daesh is intensely savvy when it comes to the use of social media to inspire feelings of valor, empowerment and belonging among its supporters. From using Twitter to producing slick electronic magazines and videos, their outreach could find fertile ground among millions of the world’s 1.2 billion Muslims. Thankfully, the group has been largely rejected thus far — even by other jihadi groups — as being too radical for its takfiri approach which translates into an unchecked right to punish any so-called apostasy through barbaric capital punishment.

To protect its people, America must project strength to the world and maintain an aggressive counterterrorism campaign at home and abroad.

To achieve this, the nation’s military must stop shrinking in both size and cutting-edge capabilities. Americans don’t have the luxury of knowing when, where, and how it will be needed, and only a fully prepared reinvigorated military alongside robust intelligence efforts will enable the nation to defeat this evil.

Since Daesh and other radical groups tend to be enabled by, and operate in areas featuring, poor or weak governance — in other words failing states — the backbone of America’s overseas response should be to help other nations defend themselves by eliminating dangerous security vacuums that could potentially fall victim to radical groups.

Knowing that we will not stop every incident is also an important step in preparing to defeat the Daesh group’s demented way of thinking. While the rise of the brutal lone wolf terrorist has seemed to increase alongside the growing power and threat of Daesh, many nations, including the U.S., have lived with these barbaric incidents on a small-scale for years.

Only by admitting that we cannot stop every lunatic, will the U.S. authorities help fellow citizens protect themselves if and when attacks do occur. Thorough preparation and the capability to respond to an act of violence are essential to minimize the threat, America’s vulnerability to it, and the duration of its impact on the people, their way of life, and the economy.

Finally, we must all support the goal of preventing radicalization in the first place. The U.S. and its allies must continue to offer a different and more compelling narrative than the jihadists in order to defeat radicalization on the strategic level.

As recent attacks demonstrate, terrorists seek to take advantage of open societies to instill fear. In answer, civilized nations must increase their commitment to the values that make the U.S. and our allies targets of radical groups. By long-term efforts such as democracy promotion, respect for human rights, the rule of law and good governance, the U.S. can serve as an effective — and well-armed — alternative to the bleak jihadist world view.

Matt A. Mayer is a visiting fellow at the American Enterprise Institute. From 2004-06 he served in senior positions at the U.S. Department of Homeland Security.