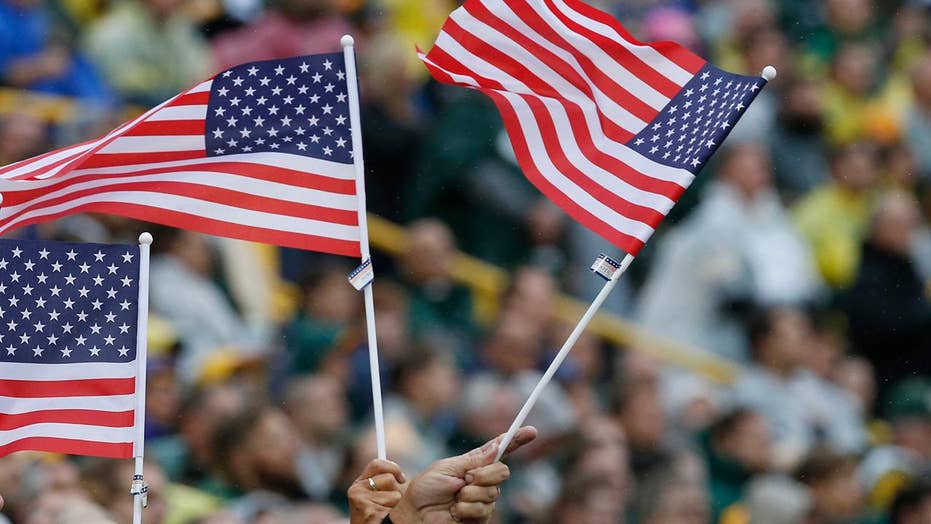 Group calls for 'The Star-Spangled Banner' to be removed as the anthem.

This has not been a good year for “The Star-Spangled Banner.” And now things could get worse. The California chapter of the NAACP says the song is racist and wants Congress to find a different song to be America’s national anthem.

Sound crazy? It is. This is an example of political correctness on steroids and an attempt to rewrite history and deprive us of one our most cherished national symbols.

Things started to go badly for “The Star-Spangled Banner” when many football players around the country refused to stand for anthem when it was played at the opening of their games, saying they wanted to protest racial injustice.

Then President Trump said in tweets and statements that NFL players should be fired if they refused to stand for the anthem. Many fans then began protesting the protestors, accusing the players of being unpatriotic and refusing to attend NFL games or even watch them on TV. A Facebook page asked football fans to not watch any NFL games on TV on Sunday, the day after Veterans Day, “in solidarity with veterans around the country.”

And now the new twist: The California chapter of the NAACP recently passed a resolution at its state conference urging Congress to find a different song to be our national anthem because “The Star-Spangled Banner” is “one of the most racist, pro-slavery, anti-black songs in the American lexicon.”

Because the rarely sung third verse of “The Star-Spangled Banner” contains the words:

No refuge could save the hireling and slave

From the terror of flight or the gloom of the grave.”

Historians have interpreted those words as celebrating the deaths black American slaves who fought with the British and against the U.S. in the War of 1812, in exchange for their freedom.

Francis Scott Key, who was a slave owner, wrote the poem in 1814 that later became our anthem. Key was inspired to write the stirring verse when he witnessed the British bombardment that failed to destroy a huge American flag at Fort McHenry in Baltimore Harbor.

Key was a white supremacist who said that Africans in America were “a distinct and inferior race of people, which all experience proves to be the greatest evil that afflicts a community.” He advocated shipping free black people from America to Africa.

As an African-American man, I am well aware that racism was the official U.S. policy back in 1814 and that my ancestors were enslaved. And I know that many prominent Americans – including George Washington and Thomas Jefferson – owned slaves as well.

But do we rename Washington, D.C., Washington state, and the many counties, cities, streets and monuments around our country named after Washington and Jefferson?  The unfortunate historical truth is that many great Americans were without a doubt morally flawed by their sinful enslavement other human beings.

Congress designated “The Star-Spangled Banner” as our national anthem in 1931, so it has been part of the lives of most Americans for as long as we’ve been around.

We only sing the first verse of Key’s poem at sporting events and other gatherings. The lyrics we sing are a moving tribute to patriotism and a call for the unity of all Americans. Here is the full text of the poem, as Key wrote it.

Regardless of its origins, its unsung verses, or the regrettably racist views and actions of its author, in modern times “The Star-Spangle Banner” has become something that unites all Americans – regardless of race, color or creed.

The symbols we choose to represent us tell the story of who we are as Americans. They give all of us something tangible to hold on to, particularly during times of division and strife. For 86 years, “The Star-Spangled Banner” has been such a symbol.

The national anthem has become a song of tribute to America and the American spirit of determination to fight against all odds. When we sing it today we honor our country and the brave American patriots in uniform of every race and ethnicity who have fought and sometimes died defending our freedoms on battlefields around the world.

Today “The Star-Spangled Banner” is woven into the fabric of America and is a part of what makes us the greatest nation on Earth. It gives us a foundation and direction to stand on. It is one of the first songs we learn as children to express our love of country.

Abandoning “The Star-Spangled Banner” as our national anthem today would be like turning our backs on one of our ancestors who did much that was good in life, but also had serious faults – especially when judged by today’s standards.

Chris Prudhome is president of Sunvision Strategies, a firm that works on political and corporate strategies and strategic communications. He also works to engage millennials and minorities in the voting process and has appeared frequently on Fox News Channel.