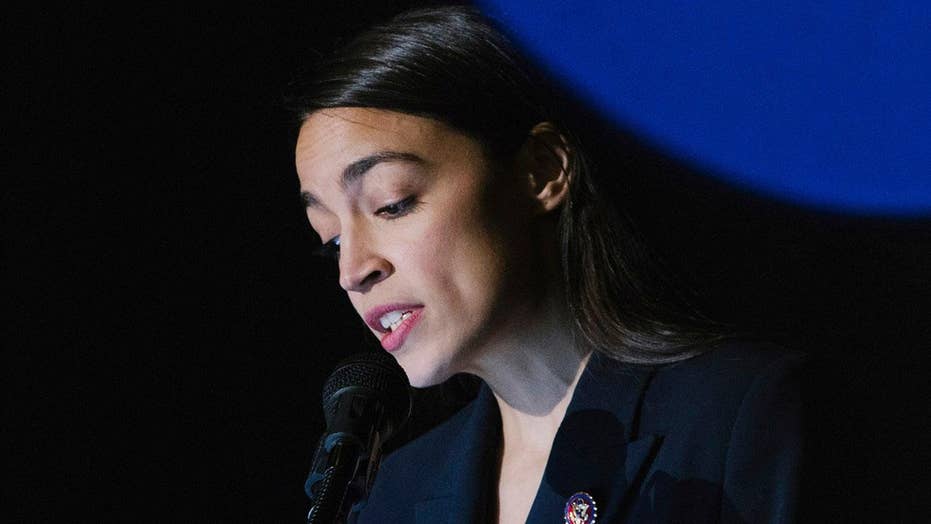 Rep. Alexandria Ocasio-Cortez, D-N.Y., exposed her economic ignorance again this week when she argued that bankers should be liable for borrowers' mistakes.

During Capitol Hill testimony from Wells Fargo CEO Timothy Sloan, Ocasio-Cortez contended that if in the event of an oil spill on the Dakota Access Pipeline, which Wells Fargo helped finance, the bank should be held responsible.

"If there was a leak from the Dakota Access Pipeline," Ocasio-Cortez asked rhetorically, "why shouldn’t Wells Fargo pay for the cleanup of it, since it paid for the construction of the pipeline itself?”

AOC ASKS TWITTER FOR ADVICE FOR FURNISHING HER DC APARTMENT

"Because we don't operate the project," Sloan responded. "We provide financing to the company that’s operating the pipeline.”

This is getting embarrassing.

Ocasio-Cortez’s point betrays a total naïveté about how financing works. Her contention is akin to claiming that a bank holding a car loan should be responsible if the owner gets into a crash. It's like saying a bank holding a home mortgage should pay to fix the pipes when they burst.

The socialist congresswoman misunderstands the role of credit in the economy. Credit exists to match capital to its most highly valued use. For entrepreneurs and small businesses, this means matching capital in search of ideas with ideas in search of capital. The United States' deep and liquid capital markets are a major reason for its economic productivity and success.

This access to credit allows entrepreneurs and homebuyers to achieve their small business and homeownership ambitions – the American Dream – without the lack of funds standing in their way. This is a big reason why the U.S. has the largest and most vibrant middle class in global history (notwithstanding the conjecture of Ocasio-Cortez and her fellow Democratic socialists). In many countries, you have to be born rich to succeed in business.

If Ocasio-Cortez had her way and lenders were held liable for their borrowers' business decisions, access to credit would dry up because banks would be forced to stop lending to all but the most established clients. Entrepreneurship and economic growth would contract. Economic inequality would increase, because the little guy would lose access to credit.

Ocasio-Cortez overlooks the reality that banks already have built-in liability for their debtors' mistakes. It's called the free market.  If a business makes poor decisions and goes bankrupt, the loan will not be repaid and the bank will lose its investment.

Notably, the one area where there aren't consequences to risky lending is when it's done by the government; if Ocasio-Cortez wants to increase government liability for bad taxpayer loans to businesses, we'd support that.

Because they have skin in the game, banks obsessively examine the creditworthiness of their potential clients for potential business mistakes. The natural regulations inherent in the free market prevent banks from making overly risky bets on projects that could, for example, cause significant environmental damage.

Sloan made this exact point in his testimony on Tuesday: "One of the standards that we set in banking (for) any sort of industry that has various reputational issues is to make sure that there's a double check beyond just the normal credit underwriting that we would do."

Yet his bank concluded that the Dakota Access Pipeline was a worthwhile bet: "The reason we were one of the 17 or 19 banks that financed that is because our team reviewed the environmental impact and we concluded that it was a risk that we were willing to take."

This episode fits in with Ocasio-Cortez’s all-time greatest hits of economic ignorance. This album includes her support for a $15 minimum wage that put the coffee shop where she used to work out of business; pursuing a "Green New Deal" that would fundamentally transform the economy and quadruple the national debt; and chasing Amazon out of New York City because she didn't understand how tax credits work.

Of course, Ocasio-Cortez’s biggest economic folly is her general support of socialism – a thoroughly discredited system that the U.S. economy should be moving away from, not toward.