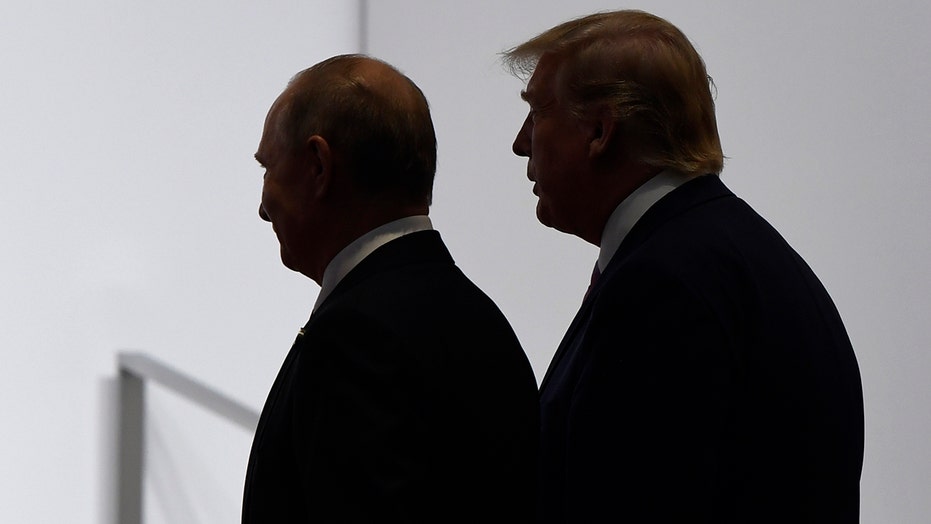 On Monday, June 22, U.S. and Russian officials are scheduled to meet in Vienna, Austria, to discuss nuclear arms control. In our political environment today, where news cycles are measured in hours rather than days, major developments in national security such as this often fail to garner the recognition they deserve.

But these talks are worth the world’s attention.

This meeting comes on the heels of President Trump’s decision in May to withdraw the United States from the Open Skies Treaty, a decades-old agreement between the then-members of NATO and the Warsaw Pact allowing member nations to fly over each other’s territory with observation aircraft.

NEWT GINGRICH: CHINA'S SECRET CAMPAIGN TO SPY ON US AND BUY INFLUENCE IS EXPOSED

Offutt Air Force Base in my home state of Nebraska is home to the platforms that carried out these missions. Unfortunately, Russia went against the spirit of openness and transparency that the treaty was meant to foster.

Russia’s misbehavior was nothing new. Less than a year before, President Trump also withdrew from the Intermediate Nuclear Forces Treaty, or INF, after more than a decade of Russian violations, many of which were documented by the Obama administration.

I believe we were correct to withdraw from these treaties, and the administration made these decisions in response to Russian noncompliance. The president’s critics, however, have portrayed the withdrawals as symptoms of an underlying allergy to arms control and other international agreements. They note that we are left with only one major arms-control treaty between Russia and the United States – the New START treaty.

Negotiated a decade ago, New START limits each nation to 1,550 deployed “strategic” nuclear warheads and provides for a system of inspection and verification between the two parties. It is set to expire in February of next year, although the agreement includes an option to extend its terms until 2026. The administration remains open to the possibility of extension, but its future remains uncertain.

American officials have expressed interest in including China in future arms-control negotiations, even inviting them to participate in the June 22 talks in Vienna. China declined, and they will continue to expand their arsenal, which intelligence experts expect to double in size over the next decade.

The debate over where to go from here is beginning to play out along familiar political lines. Many of President Trump’s detractors argue that his expressed interest in a broader dialogue is merely a cover for his true anti-arms control instincts. Others contend that the necessary modernization of our aging nuclear systems, a priority for both this president and his predecessor, should be put on hold until we straighten out our treaties with the Russians.

In the face of growing alarmism about the future of arms control, we must remember that it has seen dark days before.

This would be a mistake. Arms control is a worthy goal, but letting our weapons age without replacing them would actually undermine prospects for future arms control, to say nothing of the risk it would pose to our national security.

Crucially, we are currently on track for what former Vice Chairman of the Joint Chiefs of Staff Paul J. Selva has called “just-in-time” modernization, where any delays could result in much of our nuclear arsenal aging out before replacement systems are ready.

The outright cancellation of these modernization programs, as some have proposed, would commit the nation to a path of eventual disarmament, as our systems would decay over time to the point of uselessness. This approach would also remove any incentive Russia or China have to negotiate. Mutual reductions lose their value when one side has unilaterally committed to disarm.

As former Russian Deputy Prime Minister Sergei Ivanov put it in a rare moment of transparency in 2013: “When I hear our American partners say, let's reduce something else, I would like to say to them, excuse me? But what we have is relatively new. [You] have not conducted any upgrades for a long time.”

In the face of growing alarmism about the future of arms control, we must remember that it has seen dark days before.

In 1983, the Soviet Union walked out of talks to limit the number of theater-range nuclear missiles in Europe – talks that eventually led to the INF. At the time, commentators and even many in government thought this meant any chance of reaching an agreement to limit these missiles had been lost.

But negotiations resumed less than three years later, with the Soviets much more willing to participate in good faith.

As a split Congress begins our own set of negotiations over the annual National Defense Authorization Bill, I hope my House colleagues will keep this in mind and remember that modernization and arms control should be viewed independently. Each is valuable and should be pursued on its own merits, but we cannot afford any delays to our current schedule of modernization.

If we allow modernization to get caught up in the horse-trading of our polarized politics, we will find ourselves with neither usable weapons nor effective arms control. We cannot let that happen.

Sen. Deb Fischer, R-Neb., is chairman of the Senate Armed Services Subcommittee on Strategic Forces, which is responsible for nuclear and strategic forces, arms control, and nonproliferation programs.