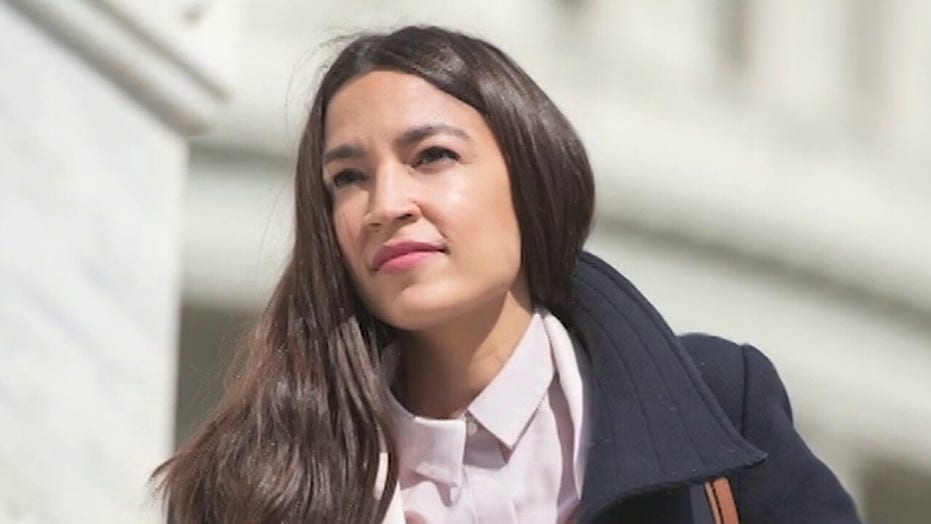 At a time when America’s economy has been crippled by shutdowns caused by the coronavirus pandemic and 45 million Americans have lost their jobs, we need major economic stimulus and employment programs to put Americans back to work. The absolute last thing our country needs is a new tax that would slow our economic recovery and hiring.

But environmental zealots have never let facts get in the way of their radical policies to restructure our entire economy to be “green” – so why start now?

Disregarding America’s worst economic crisis since the Great Depression, the green crusaders are pressing on with their dream of taxing carbon dioxide emissions, ostensibly to slow climate change.

Lately, environmentalists have taken to calling their carbon tax a “fee” – as if changing the name means it won’t be taking money out of the pockets of individuals and businesses. This is absurd. It makes as much sense as calling robbery “income redistribution.”

For decades, the environmental movement has sought to make America green. President Barack Obama and Vice President Joe Biden tried to regulate a green America into being by offering billions of taxpayer dollars to green companies. And the two used the Environmental Protection Agency to impose costly and unnecessary regulations on American oil, natural gas and coal companies – forcing up the price of the energy we all rely on.

Growing up in the 1980s during the presidency of Ronald Reagan, I have imprinted in my soul the belief that taxes and government programs are never a solution. Reagan taught us the nine most frightening words in the English language: “I’m from the government and I’m here to help.” Government proposals aimed at improving life will usually make it worse.

An organization seeking creation of a carbon tax called the Climate Leadership Council has even enlisted prominent Republicans in its ranks, including former Secretaries of State and Treasury  James Baker III and George Schultz.

While both these man are prominent figures who command respect and gratitude for their service to our nation, neither is an environmental or energy expert. They are simply wrong in seeking approval of a destructive carbon tax.

I also criticized former New York City Mayor Michael Blomberg during his short-lived campaign for the Democratic presidential nomination for his belief that taxes should be used to dictate behavior. Whether this idea – and the carbon dioxide emissions tax it supports – is backed by a Republican or Democrat, it is bad policy on many counts.

Keep in mind that all of us (and all animals) emit carbon dioxide every time we exhale. So we are not talking about toxic fumes coming out of factory smokestacks here – carbon dioxide has been part of our natural world since before human beings inhabited Earth.

A tax on carbon dioxide emissions presumably wouldn’t be levied on all us whenever we exhale. Even the most fanatical environmentalist isn’t crazy enough to try that. But it would apply to everything that uses fossil fuels for energy – cars, trucks, trains, airplanes, most electric power plants, factories and more.

That would translate into higher costs to fill up your vehicle’s fuel tank, heat and cool your home and keep the lights on,  and for purchases of just about everything you buy. Factories, farmers and stores would all have to pass the carbon tax on to consumers.

Beef prices have doubled in the past month because of the coronavirus pandemic. If they had doubled to pay for a carbon tax would Americans rejoice in a moral victory or just be burdened by the higher costs?

The Climate Leadership Council claims the money that these taxes generate will be returned to the American people through dividend checks. The group claims we’ll pay more upfront, but we’ll get the money back from the Internal Revenue Service in the end.

This proposal is a joke.

This is the U.S. government after all, and we all know how well it manages money. It does a great job taking our money – but not in wisely spending it.

President Reagan knew this. At the end of his presidency he warned us: “You can’t be for big government, big taxes, and big bureaucracy and still be for the little guy.” I watched that speech live on TV. I was 13.

Carbon dioxide emissions are a global issue. The Paris Climate Accord – the international agreement aimed at reducing carbon emissions – recognizes this.

But China emits twice as much carbon dioxide as the United States, yet has no plans to reduce emissions – let alone adopt a carbon tax for some global benefit. China doesn’t care about the rest of the world; we are still in the midst of a coronavirus pandemic because the communist country withheld the truth of the outbreak.

In addition to China, most other countries are also not meeting the Paris Climate Accord mandates – among them major carbon dioxide emitters like India, Iran, Iraq and Saudi Arabia

Russia, the world’s fourth-largest carbon dioxide emitter, made no commitment at all. We can safely assume that nation will not impose a carbon tax on itself.

The very reason President Trump abandoned the Paris Climate Accord was because he wisely understood it makes no sense to punish Americans  with a costly new tax while some of the world’s biggest emitters take no action.

China would certainly applaud America for imposing a carbon tax on ourselves. Since 2000, almost 4 million American jobs have been lost to China. Why? U.S. policies made China more competitive and more attractive to businesses.

Corporations seek only to increase their profit margins. A carbon tax would send businesses a signal: ship even more American jobs to foreign countries. Corporations would go elsewhere and do so without any second thoughts. They’ve done it before.

It took 28 years for the White House to have an occupant as skeptical of big government and as aggressive in cutting taxes and keeping jobs in America as Reagan, but we have one now.

Biden – the presumptive Democratic presidential nominee – is ahead in the polls. As president, he would punish the use of oil, natural gas and coal. This would not spur innovation nor would it reduce carbon dioxide emissions. It would just make life more expensive and throw even more Americans out of work.

As President Trump pointed out in his speech to his rally in Tulsa Saturday night, Biden is relying on socialist Rep. Alexandria Ocasio-Cortez of New York – the sponsor of the extremist Green New Deal – to advise him on energy policy, naming her as co-chair of his energy task force. This is like appointing a pacifist to head a task force on national defense, or a vegan to head a task force on policy toward the meat industry. It spells disaster for the energy we all need.

A carbon tax is anti-freedom, anti-growth, and thoroughly anti-Reagan. In his 1981 inaugural address, President Reagan told us “government is not the solution to our problem; government is the problem.” He was right then and his view remains right today.