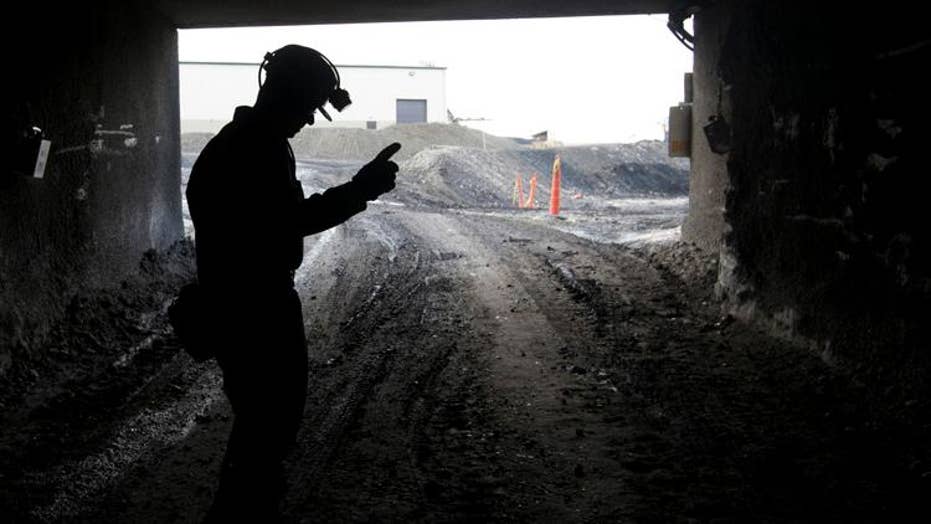 Carbon tax is a way to price coal out and incentivize the use of cleaner fuels: Rep. Rooney

As our nation responds to the economic devastation of the COVID-19 pandemic, a well-designed climate policy can strengthen America’s recovery and improve its strategic position in the world. Our bipartisan carbon-dividend solution – backed by a broad coalition of supporters – is ideally suited for this moment.

It will be tough enough to reverse today’s economic crisis and alleviate the misery many Americans are experiencing without adding expensive or ill-conceived climate policies. An effective policy must enhance – not hamper – a domestic economy currently being savaged by the pandemic. It should also promote the competitiveness of American firms, compel China and India to do their fair share, and position the United States to win the clean energy race.

Our solution to this critical challenge is a revenue-neutral national carbon fee that cuts U.S. carbon dioxide emissions in half by 2035 and returns all the revenues raised directly to all Americans.

ENVIRONMENTAL GROUP LABELS TRUMP AS ‘DIRTIEST OF ALL TIME

Long preferred by economists and business leaders, a well-designed and gradually rising carbon fee is the most cost-effective climate solution. But rather than allow Congress to spend revenues from such a fee on projects that it chooses, the money would be returned to American families in the form of a quarterly dividend. A carbon fee that neither grows the government nor drains the economy is not a tax in the truest form.

Our carbon dividend proposal would benefit those most devastated by the growing economic recession. To cushion the initial economic blow of the pandemic, Republicans and Democrats quickly agreed to send direct cash payments to low- and middle-income families. But such payments can be financed by debt for only so long.

Our plan would keep direct payments to all American families flowing for the long term, and in a manner that is fully funded. Most families, and especially the most vulnerable, would benefit financially under this climate solution.

To further stimulate the economy, our plan calls for lessening the current regulatory regime that will stunt the ability of American industry to respond to the current crisis. An escalating carbon fee that reduces emissions at the required scale and speed enables us to safely and responsibly replace regulations that would no longer be necessary.

Such a COVID-era climate policy will thus provide the predictability companies need to make the kind of long-term investments that will be a critical aspect of an economic rebound.

Unshackled by these regulations, American ingenuity will return our country to its prior position as the world’s leading energy innovator. The United States now ranks a distant fourth behind China, Germany and Japan in the production, export and installation of solar panels, wind turbines and batteries.

Just as dominance in the information technology revolution underpinned America’s economic dynamism and job growth over the past two decades, dominating the clean tech revolution will be similarly consequential in the future. Falling behind in the clean energy race imperils not only our economic strength but also our broader national interest.

No less important, our climate policy promotes the competitiveness of U.S. firms and the re-shoring of manufacturing jobs.  Although American industries produce less carbon per unit than many of their competitors in other countries, current U.S. policy fails to leverage this advantage.

Effectively, we subsidize less carbon-efficient manufacturing in China and elsewhere, and invite “carbon dumping” by nations with more lax environmental standards. In a world of lower oil prices, reversing this situation will become even more important in protecting and enhancing the competitiveness of our companies.

The best way to level the playing field and monetize America’s carbon advantage is to impose carbon tariffs on imports from countries without a similar climate program, all as part of a comprehensive U.S. climate strategy. Such a policy could help the United States reclaim its historic position at the head of the global table, thereby advancing our economic and geopolitical interests at the same time.

In addition to hastening economic recovery, our plan provides a commonsense way forward that addresses America’s toughest challenge – the political dysfunction ripping our country apart. Sadly, during this time of national calamity – when domestic cohesion is critically important – the partisan gap seems to be growing even wider.

The plan we propose is not a political panacea. But it is the only approach supported by Democrats, Republicans, environmentalists and industrialists who rarely agree on anything today. It is the perfect pro-growth COVID-era climate solution.

Ted Halstead is chair and CEO of the Climate Leadership Council.