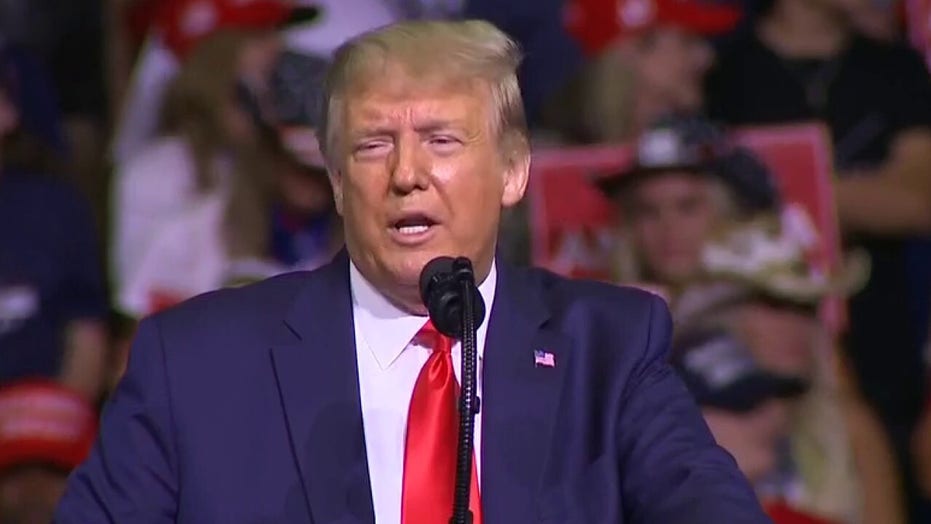 Trump thanks Tulsa crowd: 'You are warriors'

It’s an old story: fighting the next war with the last war’s battle plan, as if prior success guarantees future victory.

So here was President Trump after the Supreme Court gave him another thumping on Thursday, vowing to release “a new list of Conservative Supreme Court Justice nominees” in September — i.e., around the back stretch galloping toward the Election Day finish line.

The president reasons: “Based on decisions being rendered now, this list is more important than ever before (Second Amendment, Right to Life, Religious Liberty, etc.).”

Lest we miss the characteristically Trumpian subtlety, he adds, “VOTE 2020!”

If you needed a laugh to get you through just-another-day-at-the-Apocalypse, our “Conservative” president then proceeded to post no fewer than 21 tweets describing the combined hundreds of millions of dollars in infrastructure spending he plans to shovel out to states he hopes to win in November.

By the way, with Trump in the White House and the McConnell-led Republican Senate having slyly buried periodic public debates over the debt limit, the nation is now over $26 trillion in the red. If you’re keeping score, that’s an increase of over $6 trillion since January 20, 2017. Obama spending was unprecedented, but Trump is on pace to exceed it.

And don’t tell me about the unforeseen coronavirus crisis; debt was already accumulating mountainously before the lockdown, and the president keeps saying more infrastructure spending is imperative — it may be the only thing he and congressional Democrats can agree on.