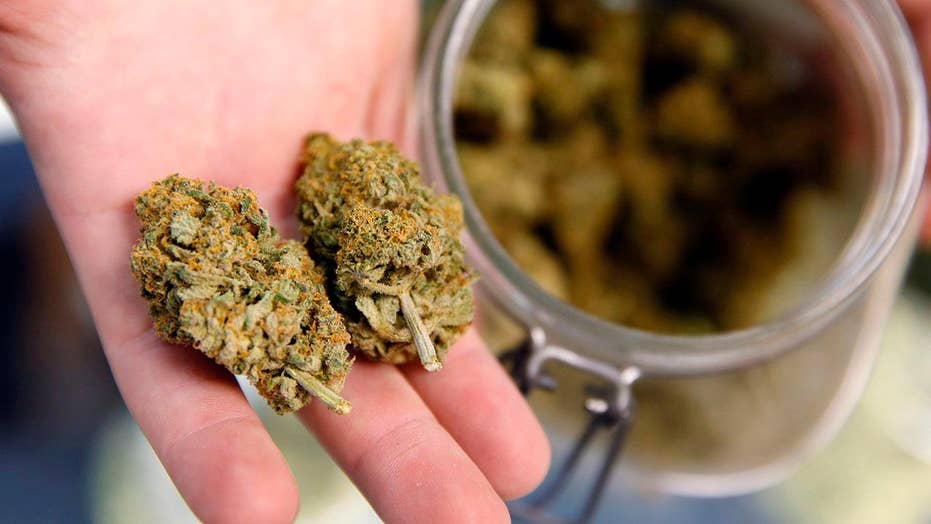 Pot use during pregnancy has doubled since 2002, research shows

Seven percent of pregnant women tell researchers they have used marijuana in the last month. Dr. Nicole Saphier warns that pot and pregnancy can be a dangerous combination.

A new study published this week in the Journal of the American Medical Association (JAMA) reports that 7 percent of pregnant women use marijuana during pregnancy based on health surveys involving nearly 500,000 U.S. women.

The purpose of the study was to determine if there was an increase in marijuana use among pregnant women, as we are witnessing a rising number of states where marijuana has been legalized for medical and recreational use.

Marijuana is the most commonly used illicit drug during pregnancy. Based on 467,100 respondents surveyed between 2002 and 2017, the prevalence of daily cannabis use increased among pregnant (and non-pregnant) women ages 12 to 44 years. It was also higher among women in their first trimester of pregnancy, which is a crucial time in fetal development.

A major concern is that as marijuana gains further acceptance, there may be a misconception about its safety, especially in pregnancy.

The tobacco, alcohol and opioid industry are exemplary illustrations disproving the idea that substance use is safe during pregnancy. However, studies show 34 to 60 percent of marijuana users continue usage during pregnancy, with many women believing it is safe.

Because of concerns regarding impaired fetal development, as well as maternal and fetal exposure to the adverse effects of smoking, women who are pregnant or contemplating pregnancy should discontinue recreational marijuana use and discuss the potential risks with their doctor if using it for medicinal purposes.

Many organizations and growing numbers of elected officials – including Democratic presidential hopefuls Sens. Cory Booker of New Jersey and Elizabeth Warren of Massachusetts – are pushing for marijuana for legalization.

In light of this concerning trend, it is would be bordering on negligent to not issue warnings about the safety of marijuana use during pregnancy. The drug has the proven potential to restrict fetal growth as well as to impair childhood mental functions such as memory, verbal skills and emotional development.

However, in the United States – where medicinal cannabis has been legalized in 29 states and Washington, D.C. – nonspecific nausea is an approved indication for medical use in 21 states. Because of this generalized allotment, this is likely to have encouraged complacency regarding its fetal risks in pregnancy.

This may be why we have seen an uptick in marijuana use in pregnancy-induced nausea, despite the American College of Obstetricians and Gynecologists advising against it.

The medicinal and psychoactive properties of marijuana are facilitated by cannabinoids absorbed from the lungs when smoked, or from the gastrointestinal tract when eaten.

Tetrahydrocannabinol (THC) that is in marijuana is a small particle that is then spread to the brain and fat. In animal models, THC is shown crossing the placenta when consumed, producing fetal blood levels that are approximately 10 percent of maternal levels after exposure. Significantly higher fetal concentrations were observed after repetitive exposures.

Animal studies show that when in fetuses are exposed to outside cannabinoids, there is a disruption in normal brain development and function.

Additionally, prenatal marijuana exposure is associated with decreased attention span and behavioral problems and is an independent predictor of marijuana use by age 14 years.

It is difficult to confirm the precise effects marijuana has on pregnancy for many reasons. Those who use it often use other drugs as well, including tobacco, alcohol, or illicit drugs.

Additionally, there are potentially confounding effects from the smoke. Marijuana smoke contains many of the same respiratory toxins that tobacco produces, often in concentrations several times greater than in tobacco smoke.

It’s important to note that studies of marijuana exposure during pregnancy rely on self-reported use.

Because of concerns regarding impaired fetal development, as well as maternal and fetal exposure to the adverse effects of smoking, women who are pregnant or contemplating pregnancy should discontinue recreational marijuana use and discuss the potential risks with their doctor if using it for medicinal purposes.