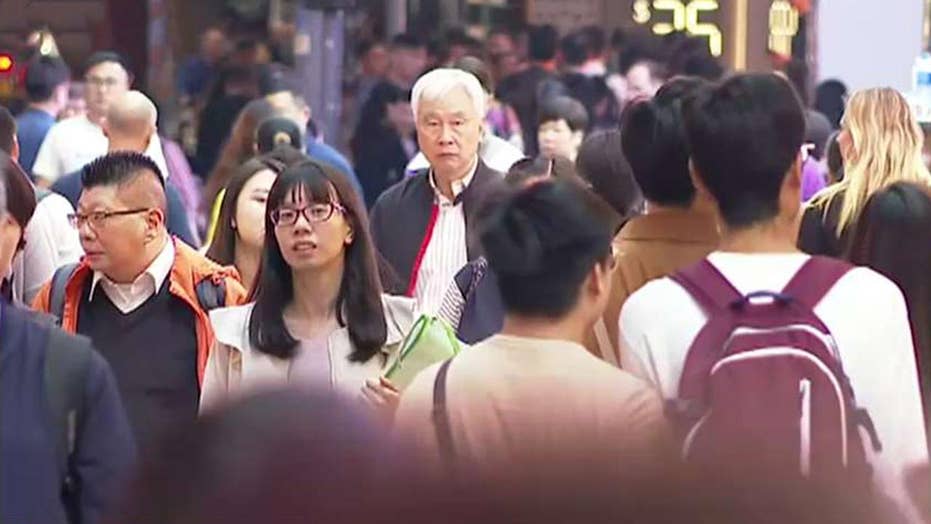 Anyone watching mainstream news this week might not know that a major bipartisan effort is moving through Congress, aimed at protecting freedom and democracy while holding totalitarianism at bay.

That’s because the liberal media have an intentionally myopic focus on the completely partisan effort in the House of Representatives to attack, smear and impeach the president of the United States.

According to the mainstream networks, the impeachment hearings are the only newsworthy events happening in Washington. And yet on Tuesday, the Senate unanimously passed legislation to help protect the people of Hong Kong battling the oppression of the Chinese Communist Party.

Hong Kong enjoys special economic treatment from the United States, which has allowed it to grow into the powerhouse it is today – an island of capitalism and prosperity in the sea of Communist China. The people of Hong Kong have long benefited from these special rules, and so has mainland China.

The Senate bill would put in place a mechanism to hold Chinese leaders accountable for eroding freedoms in Hong Kong, which is meant to operate with a high degree of autonomy.

The bill would require the secretary of state to ensure Beijing is not encroaching on Hong Kong’s autonomy as a prerequisite for continuing its special economic status. It would also enable the president to sanction or place travel restrictions on individuals who have violated human rights in the territory.

This bill would represent a significant incentive for the Chinese Communist Party to back off its efforts to absorb and control Hong Kong. A companion bill has already passed the House. I hope both chambers can quickly work out their differences and get a final bill to the president’s desk as soon as possible.

This effort could be a major step in slowing the aggressive totalitarianism coming out of the Chinese Communist Party – and preserving the vital freedoms enshrined in Hong Kong’s Basic Law.

Congress should move quickly, because the violence in Hong Kong is only getting worse.

One of the pillars that these protesters are demanding is true democracy. Hong Kong is currently a partial democracy, but on Sunday citizens will have the opportunity to elect more than 400 members to 18 district councils across the territory.

If the Hong Kong government is confident in the path it is taking, and Beijing is truly convinced that the pre-protest status quo is what the people want to return to, there should be no hesitation in holding a free and fair election this weekend.

Last week, Hong Kong Chief Executive Carrie Lam said, “As of today, we still very much hope to hold this election and will do our utmost to make sure the elections are held as scheduled.”

Other officials are not so sure the elections will continue as planned. Lam has the power to delay or adjourn polls and voting if there is a likelihood it will be affected by riots, open violence, or other public health and safety dangers.

The Chinese Communist Party’s mouthpiece, the People’s Daily, wrote: “Only by supporting the police force to decisively put down the riots can [Hong Kong] return to peace and hold fair elections, to help Hong Kong start again.” A government official warned, “The situation over the past weekend has obviously reduced the chance of holding the election as scheduled, and I’m very worried and anxious about this.”

But is violence what leaders in Beijing really fear? Or are they afraid of the true opinion and will of the Hong Kong people?

Almost 400,000 people have registered to vote this past year -- the most since at least 2003. Many of these new voters are in the 18-35-year-old range, and their votes likely will increase support for pro-democracy candidates.

If the Hong Kong government is confident in the path it is taking, and Beijing is truly convinced that the pre-protest status quo is what the people want to return to, there should be no hesitation in holding a free and fair election this weekend.

The people of Hong Kong have a right to have their voices heard. With passage of the bill in Congress, they can be sure America is listening.