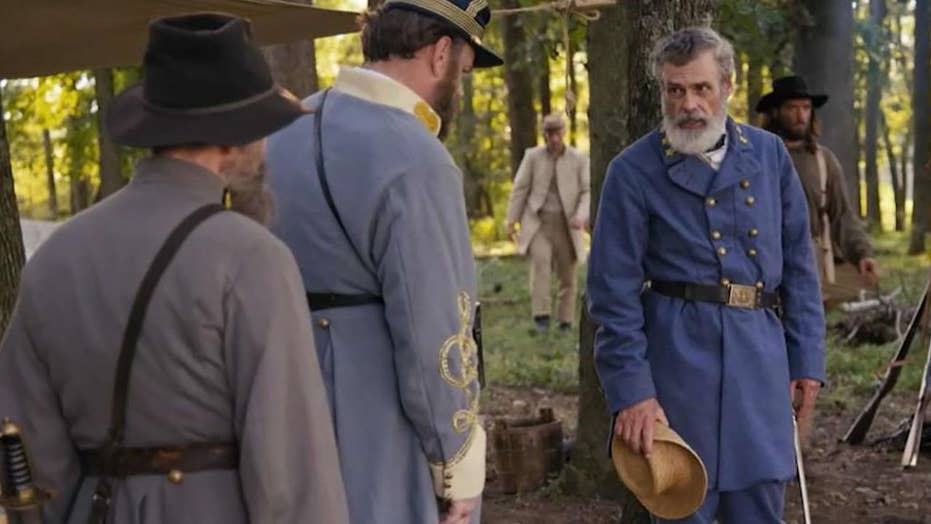 The North turns back the South's invasion after a heroic bayonet charge led by Maine's Joshua Chamberlain -- and the doomed Confederate charge led by General George Pickett.

As Washington continues to seem more and more partisan, it’s important to remember that things have been much more hostile in the past.

For instance, on Nov. 19, 1863, President Abraham Lincoln gave a speech at the dedication of the Soldiers’ National Cemetery in Gettysburg, Pa. The cemetery was established to bury the fallen Union soldiers who had died in July that year during the Battle of Gettysburg.

This 272-word address, which Lincoln delivered in just a few minutes, almost instantly became one of the greatest and most influential speeches in American history. Even now, 156 years later, we still study the Gettysburg Address as an example of how words can change the direction of a nation.

This is the topic of this week’s episode of the "Newt’s World" podcast.

In November 1863, Lincoln was not just using the occasion to dedicate the cemetery. He wanted to – needed to – remind the country that was torn apart by Civil War “that these dead shall not have died in vain – that this nation, under God, shall have a new birth of freedom – and that government of the people, by the people, for the people, shall not perish from the earth.”

It marked an important political turning point in the war, and it helped cement Lincoln’s victory.

On this week's episode, I talk with two of our country’s leading authorities on Abraham Lincoln.

Dr. Allen C. Guelzo is the senior research scholar in the Council of the Humanities and Director of the Initiative on Politics and Statesmanship in the James Madison Program at Princeton University. I have worked with Guelzo through many different projects. Even as a historian, I have met very few people who have the depth of knowledge and insight that Guelzo has on the Civil War era -- and what it meant for Americans at the time.

I also was able to speak with Harold Holzer, the winner of the 2015 Gilder-Lehrman Lincoln Prize, who serves as The Jonathan F. Fanton Director of Hunter College’s Roosevelt House Public Policy Institute. We had an incredibly interesting conversation, and he shared many insights about Lincoln and his presidency, which most Americans have never heard.

I hope you will join us this week on “Newt’s World” as we recognize the Gettysburg Address, one of the most important pieces of American oratory ever delivered.