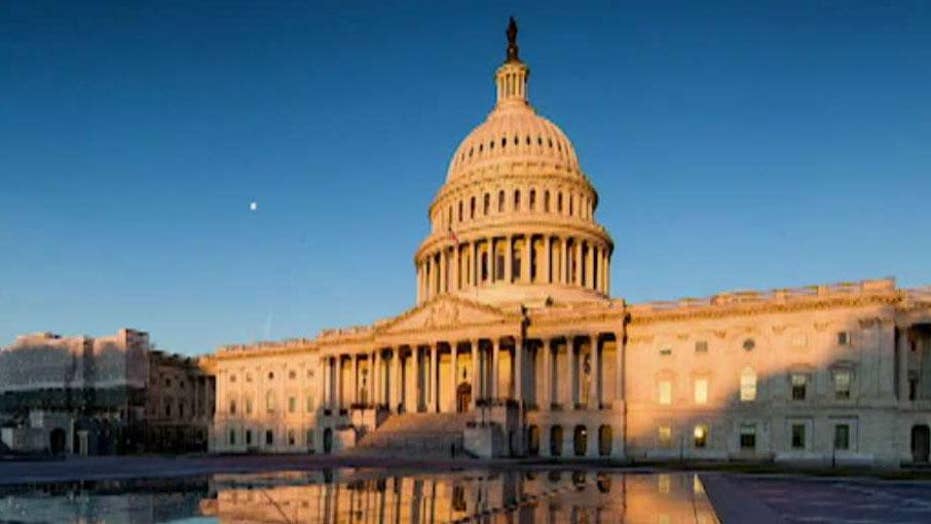 This week – for the first time in American history – a presidential candidate debate and a presidential impeachment hearing were held on the same day. While one is supposed to be an official proceeding of the U.S. government and the other a political gathering, the two events are inextricably linked.

Watching House Intelligence Committee Democrats in Washington and 10 Democratic presidential contenders on the stage in Atlanta work in unison on their anti-Trump resistance effort makes it obvious that this entire impeachment hoax is a political stunt intended to damage President Trump before the 2020 election.

It’s no secret that the Democratic field of presidential candidates is extraordinarily weak. Look no further than the late entries of former New York City Mayor Michael Bloomberg (expected to declare his candidacy any day) and former Massachusetts Gov. Deval Patrick into the primary race.

Alarm bells are going off at the Democratic National Committee because the party’s current front-runner in Iowa and New Hampshire polls is Pete Buttigieg, a 37-year old mayor of a city with a population of 100,000. The lackluster field, coupled with a hopelessly out-of-touch socialist policy platform, is a recipe for disaster for the Democrats next November.

This reality is driving the actions of House Speaker Nancy Pelosi and House Intelligence Committee Chairman Adam Schiff – both California Democrats – as they plow forward with their baseless partisan impeachment witch hunt against President Trump.

National Democratic leaders know that they can’t compete with President Trump’s phenomenal record of historic low unemployment rates, a strengthened military, a defended southern border, and the killing of the world’s most wanted terrorist. So they’re instead trying to impeach Trump before the 2020 election, just over 11 months from now.

The uninspiring debate this week showcased out-of-touch candidates who went out of their way to make sure they didn’t do anything to step on their party’s pro-impeachment message.

It was a pitiful display. Instead of trying to promote their respective candidacies by making news of their own, these liberals all sang out of the impeachment hymnbook, because that’s their only shot at defeating President Trump. They are selling hate for Trump instead of a vision for the future.

As public support wanes for impeachment due to a lack of evidence, the Democrats are getting desperate. So much so that their allies in the anti-Trump media were forced to exaggerate portions of U.S. Ambassador to the European Union Gordon Sondland’s highly speculative testimony.

In reality, the major takeaway from Sondland’s testimony Wednesday was that President Trump told him directly that Trump wanted “no quid pro quo” in dealing with Ukraine and wanted President Volodymyr Zelensky to do the right thing.

In Wednesday night’s debate, Sen. Elizabeth Warren of Massachusetts exposed just how weak the Democrats’ Ukraine-related allegations are when she said she would advise Republican senators to read the report by Special Counsel Robert Mueller as a way to convince them to remove President Trump from office.

The Mueller report, of course, did not accuse Trump of wrongdoing – disappointing impeachment-seeking Democrats.

Perhaps the most telling news that came out the day of Ambassador Sondland’s testimony was the poll released in the critical swing state of Wisconsin that found only 40 percent of those surveyed support impeachment, with 53 percent opposing the effort.

Twelve witnesses have now testified publicly and two weeks of impeachment hearings are in the books. And as Congress prepares to leave for Thanksgiving break, Schiff’s kangaroo court has failed to move the needle in favor of impeachment.

All of these witnesses have one thing in common: no one has given any testimony that comes anywhere near the level of an impeachable offense. At the end of the day, these unelected bureaucrats and establishment figures are just upset that that president of the United States gets to set his own foreign policy.

Mysteriously, one bureaucrat who hasn’t testified is the anonymous whistleblower, whose absence from this sham of an inquiry calls the entire charade into question. By continuing to block the whistleblower’s testimony, it’s Adam Schiff who looks guilty.

The American people see this entire effort as a taxpayer-funded smear campaign against the duly elected president of the United States and nothing more.

Thankfully, facts still matter. Approximately $400 million in foreign aid flowed from the U.S. Ukraine and no investigation into Hunter Biden – son of former Vice President Joe Biden – was commenced by the Ukrainian government. To tens of millions of American taxpayers, it’s just common sense that this means one thing: case closed.

In the absence of any impeachable evidence, rounding up the requisite 218 votes to impeach the president in the House might turn out to be a bridge too far for Speaker Pelosi.

Rep. Jeff Van Drew, D-N.J., recently laid out the pitfalls of a partisan impeachment inquiry when he said: “But this is going to get us nowhere. We’ve spent millions of dollars, in my opinion, tons of money, tons of time, tons of hurt, fractured the nation apart.”

Van Drew represents one of the 31 congressional districts that Trump carried in the 2016 election that are currently represented by Democrats. If Pelosi decides to push forward with a weak impeachment case and brings it to the full House for a vote, she risks losing the Democratic majority in the House in the 2020 elections.

As the mainstream media obsess over the fake Ukraine impeachment narrative – just as they did with the Russia collusion hoax – they are once again ignoring the real corruption.

Hopefully, the report will finally enable us to find out why the Obama administration was spying on the Trump campaign and who will be held accountable for any unlawful conduct. A slap on the wrist won’t suffice; the American people want criminal referrals sent to United States Attorney John Durham for prosecution. Justice is coming.